As the world’s biggest and most populated region, there is certainly a lot to know about sports betting in Asia. People speak different languages and use different currencies from country to country, and, of course, different countries come with different laws and regulations.

There is plenty to get into on this front, so let’s start with the legality of sports gambling in the region as a whole. 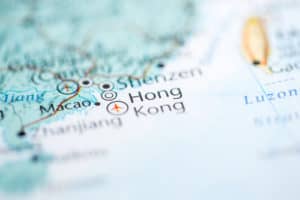 In China, for example, sports betting is illegal outside of a few cities. You may bet on horse races within Hong Kong’s borders, and casino gambling may not take place outside the city of Macau.

Most countries have updated their laws to include online gambling, as well. China in particular has been seemingly warming up to the idea of letting its citizens place bets on certain events. Betting on horse races has been extremely popular in the region for many, many years, but the government did not legalize the races until 2008. China is reportedly considering allowing citizens to bet on them, but the progress has been sluggish on that front.

China does not grant licenses for operators to set up gambling sites in the country. Neither do Japan or India, though there are no laws restricting internet gambling in India. As a result, players may play freely without the risk of breaking any law.

Unfortunately, there have been massive problems with illegal sports betting in Asia, particularly in the southeast region. There are currently so many restrictions that some can’t help but break the law just in an attempt to get in on the action. Many feel as though deciding to legalize gambling on a broad scale in the region would go a long way toward thwarting the illegal activity, but for now the illegal operation is fairly widespread and problematic.

Despite several regions having restrictive gambling laws, sports betting remains an incredibly popular activity throughout Asia. There is no one betting site that effectively services all of Asia, but there are major internet bookies that serve China, Indonesia, Vietnam, Malaysia, Thailand and South Korea.

Live betting has truly exploded over the past decade with the expansion of the internet. Tablets, smartphones and laptops have made live betting incredibly easy to do from the comfort of your home or on the go. Operators have attempted to get ahead of the curve and offer as many live betting platforms as possible, but it’s an ever-growing industry.

Soccer and basketball are the two most popular sports on which to place a live bet in Asia. Tennis has also made major headway on this front in recent years thanks to the speed with which the game is played. Because sports like the NBA and the Englisih Premier League are easily available on television, bettors tend to gravitate toward them.

The most common type of bet for those in Asia is known as the Asian Handicap. This form of betting effectively eliminates the draw (or tie) as an outcome option, meaning all sports are bet on with only two possible outcomes – win or lose. This most commonly comes into play in soccer, of course.

Billions are bet annually in Asia on sports, where soccer is widely considered to be the most popular sport. The Chinese Super League has become a cash cow over the last several years and is rapidly becoming one of the premier leagues in the entire world. Teams now have the money necessary to lure top talent from around the world, which has effectively made the league far more competitive and intriguing on an international scale.

You also have the aforementioned J1 League in Japan, the K League in South Korea, the Indian Super League, the Thai League and the United Football League in the Philippines.

Soccer may be king, but several other sports continue to grow in popularity, as well. Places like Japan and South Korea have become serious hotbeds for baseball over the last several decades, and the sport has a huge betting audience, as well.

Cricket is particularly popular in south Asia in countries like India, Bangladesh, Pakistan and Sri Lanka. The Cricket World Cup is the most popular betting event for this sport, and one is held every four years.

Basketball is arguably the fastest-growing sport on the planet, and Asia is no exception. China, Japan, Iran, South Korea and the Philippines have all seen massive growth in the sport recently.

There is also big interest around the continent in individual sports like tennis and golf.

Yes. As mentioned above, Asia is a massive continent, and there are tons of differences in gambling formats between the countries. While the most commonly seen odds remain American, decimal or fractional odds, Hong Kong and Indonesia each have different systems.

While the actual odds are all the same, the presentation is different. For example, here is how 2/1 odds look in the various formats:

This can be confusing, of course, so be sure to know the differences between how certain countries present their odds. It’s easy to get mixed up between usual decimal odds and the odds they use in Hong Kong, Indonesia or Malaysia, but they are not exactly alike.

What advantages are there to placing a live bet online rather than at a casino?

The most obvious advantage to placing a live bet via the internet is that you can essentially do so anywhere you have an internet connection. As long as you have a computer, mobile phone or tablet that is readily hooked up to the internet, you can place a live bet online.

More than 2 billion people in China, India and Indonesia alone are in possession of a mobile phone, which certainly makes it important for Asian operators to have a functional live betting operation at all times. While the highest-rated live betting platforms may be based in Europe, Asian bookmakers are still known for being specialists in making the mobile experience easy and user-friendly.

Being able to collect your winnings via the internet is also far safer and more secure than walking around with wads of cash in your pocket at the casino for obvious reasons.

The illegal market has turned parts of Asia into the Wild West of sports gambling, but it is a burgeoning industry that figures to see some serious overhaul in the coming years. Legalizing and regulating sports betting is paramount in this new internet age, and more and more countries are beginning to wise up to it.

Getting yourself used to differences such as Hong Kong odds may take some time, but placing a bet online is easy, especially if you happen to be in China, Vietnam, Malaysia, Indonesia, South Korea or Thailand.