The NBA is one of the biggest professional sports leagues in the world, and it’s a great game for live betting as well. One reason it’s so fun to bet on is because sportsbooks have so many different types of live bets to offer. This list could be almost endless, but we’ll keep it down to the most popular types of NBA live betting options.

Since an NBA basketball game is sectioned into 4 quarters and two halves, a number of bets based on these time periods can be created. It’s also a high scoring game, offering more opportunities for sportsbooks to create live bets. Below are some of the more common NBA live bets, along with tips on how to bet them. 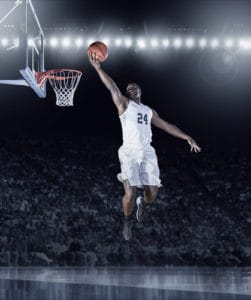 These are the easiest types of NBA live bets, where a bettor simply chooses the winner of a game. These are usually based on the money line, with no point spread involved. With that said, some sportsbooks offer these bets with a spread that the bettor locks into when they place their bet.

The only difference between making these bets live versus prior to the start of the game is the constantly changing odds. Of course, as one team pulls out a lead, their odds become shorter. As the game gets later, the leader’s odds gradually become shorter as well.

In general, I like to place these bets before the first half is over, as soon as I feel like I understand what is happening.

Who has the momentum and what matchups are favoring each team? Which team is more capable of making good second-half adjustments? All of these things need to be considered. Keep in mind, it’s easier for the weaker team to be in the lead after the first half than it is for a full game.

So, it can often be a good value to pick the better team when they’re losing in the 2nd quarter. They’ll generally have their greatest odds at this point in a game than any other. As the second quarter is coming to a close, other bettors will be thinking the same thing as you – “the better team will come back and win”, so they’re going to take the longer odds now that they’re available. I prefer to get in before the masses, and before they drive the odds down.

Live Bets on Quarter and Half Time Winners 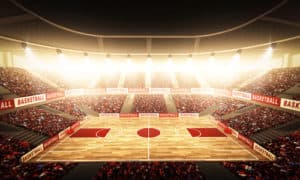 Live bets on quarter and half time winners are easy to find because most online bookmakers offer them. These are wagers where the bettor selects a team they think will win a specific quarter or half.

In general terms, it’s better to select underdogs when you think they have a legitimate shot at winning over a short period of time.

If you think a team is going to get blown out, you’ll have a hard time finding value on them. However, if the matchup is close enough, the odds can often give you an advantage. Part of the reason for this is because most people bet on favorites, creating longer odds on underdogs than they deserve. This is an opportunity for sharp punters.

My favorite time to makes these bets is on the first or second quarters, early in the season when two teams are meeting for the first time. Underdogs are more likely to win a quarter before their opponent has made their adjustments. So, the idea here is to take advantage of the greater odds while your team has the best chance to win – early in the game.

Odd or Even Game Totals

Play roulette? This is a bet similar to red/black, except bettors pay a vig instead of worrying about 0’s on the wheel. In these bets, the bettor guesses whether the final combined score will have an even or odd total, and it’s almost impossible to beat a 10% vig. These are wagers designed for casual punters looking to have some fun, not for serious or professional handicappers looking to make consistent profits.

There is some strategy that can be employed in these bets based on current score, late free-throws etc., but I doubt anyone has ever made a long-term profit on these types of live bets. If you take your betting seriously, just stay away from odd/even game total wagers.

Scoring races are wagers where the punter can select which team will be first to score 20, 30, 50 or other point totals. If you’re going to select underdogs for these bets, it’s usually best to pick them for lower scoring races rather than higher ones. This is because better teams win in the long-run, so you’re hoping for short bursts of scoring early in the game. The exception to this is when you think the underdog will win the game outright, and you can take advantage of longer odds late in the game.

Some sportsbooks also offer scoring races for players. For example, a punter could bet on which player will be first to score 5, 10, 15 or other point totals. Once again, these bets are about value. Picking LeBron James to win this bet all the time is not a good idea because his odds will usually be low. Often times, I prefer to take greater odds on a teams 2nd or 3rd best scorer, hoping they get on a hot streak. 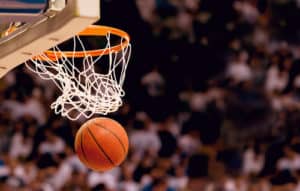 Different online sportsbooks offer these types of live NBA bets in a number of combinations. In general, these are total bets where the bettor selects the over/under on a predetermined number.

As a game progresses, some books simply adjust the odds on a total posted earlier. Other books will change the total as well, giving bettors another opportunity to win this bet.

My favorite time to bet on winning margins is when I think the spread is too high or too low, and I’m choosing a bracket outside of the spread. For example, if a game has the Lakers -4 over the Suns, but I think the Lakers will win by 7+, I can get much better odds on the 7-9 points bracket.

In a double result live basketball bet, the bettor needs to pick the leader of each half in a game. There are six possible wagers that can be made. They are:

Picking either bet with a tie will have long odds in almost any game. They’re close to impossible to predict, and should only be taken during very close matchups. Also, if you’re picking the underdog to win a half, it’s usually best to have them in the first half instead of the second. This is because better teams make better adjustments in the second half of a game, and go on to win more often than not.