Live betting has become one of the most popular aspects of the sports gambling industry in recent years. Live bets offer a way to get in on the action even after the games have already begun, and they can also help you recoup potential losses if a game isn’t exactly going as you’d originally hoped.

Live betting is not huge in Australia, but it still has a market. What should you know if you’re planning on getting in on the fun from down under? 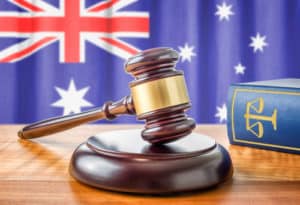 The Australian government took a stance on live betting with legislation passed way back in 2001. The Australian Interactive Gambling Act (IGA) made it illegal for websites to offer or advertise “real money” gambling services to residents of the country. This law includes sports betting under its umbrella and applies to all licensed internet operators that function within Australia’s borders.

However, there is an important detail to note with regard to the law. The IGA only applies to Australian gambling site operators, not regular citizens. As a result, if you don’t happen to run your own site or book, you are free to gamble online if you’re a run-of-the-mill citizen.

Australians are also free to place bets at offshore sites that are not affected by the IGA. Any infringement would be the fault of the operator rather than the bettor, so there are no penalties to Aussie citizens for placing bets online. With that said, the government is looking to make it more difficult and expensive for unlicensed, offshore operators to receive customer deposits.

However, about midway through last year the Australian government announced a ban on all in-play sports betting at least through the next federal election. The government is attempting to regulate the rapidly-growing sports gambling industry in the country. Placing a live bet via the internet is banned, and even though operators used to be able to get around this law by using a “click-to-call” loophole (placing a live bet initiates a call to the operator which, technically, makes it a bet over the telephone and not over the internet), that opportunity has closed as well.

These measures were put into place in an attempt to help domestically regulated gaming operators, such as Tabcorp and Tatts. These companies are forced to pay more than $1 billion a year in taxes and fees while internet operators were exempt from such taxes.

Most Popular Betting Sites in Australia

So, if you were to find a place that offered live betting in Australia, which sports would you want to bet on? As you may expect, most domestic websites tend to have a special focus on the nation’s most popular professional sports leagues.

Aussie Rules Football (AFL) is easily the most popular sport for bettors and television viewers alike. The AFL pulled in over $500 million in 2015 revenue, which blows some of the other sports completely out of the water.

Some of the other more popular sports from both a gambling and viewing perspective are rugby (both NRL and Rugby Union), basketball and cricket. International soccer leagues are also hugely popular, particularly those in Europe such as La Liga, the English Premier League and the Bundesliga.

You can also get action on all four major North American sports. The National Football League (NFL), National Basketball Association (NBA), Major League Baseball (MLB) and National Hockey League (NHL) are all rather popular in Australia, as well.

How can I tell if an Australian betting site is legitimate?

As is the case wherever you place a bet, it is crucial to do a good bit of research before getting started. The most reputable Aussie betting sites are run, regulated and licensed by the eight State and Territory regulatory bodies. The Northern Territory’s Licensing Commission and Queensland’s Office of Liquor and Gaming Regulation are two examples. This information is usually easily found somewhere on the gambling websites themselves.

Offshore betting sites are obviously operated and regulated in different countries. This is more of a wild card, as a site having proof of licensing certainly doesn’t clear them of any and all ethical concerns. However, if you come across a site with no licensing information whatsoever, that should be an immediate red flag. Do not risk depositing money at a site with no licensing information readily available.

An easy rule to follow is to seek out sites and brands that have a history of success and solid reputations. Playing at a site that has been in operation for at least five years seems like a good benchmark. By now, any site that has been around that long has likely done enough to build a trustworthy reputation.

What should I know before placing a live bet?

If you are new to the live betting game, starting out small is surely the way to go. Getting a hang of how you perform and what your weaknesses are is crucial, otherwise you will find yourself losing constantly. If you don’t risk much in the first place, that frees you up to make a few beginner mistakes without it really costing you dearly in the end.

You should also focus in on sports that you are truly and deeply familiar with. Spreading yourself too thin with a variety of sports can get overly complicated. If there are one or two sports you consider yourself an “expert” about (football and basketball, for instance), then you should try to focus most of your efforts in those areas.

This will allow you to gain more familiarity with the way odds for that particular sport work, and how a changing game environment can affect your betting strategy.

It is also wise to develop an in-game strategy before the game even begins. “If this happens, then what?” Are you going to make the decision to hedge your bets if a score breaks a certain way? What are all possible outcomes for this game and how should I approach it? Flying blind is a dangerous way to approach any bet, and a live bet is no exception.