Golf is an international sport enjoyed by millions of golfers around the globe, each of various levels of ability, experience and skill. As a hobby, passion and method to compete, no doubt the sport is at an all time peak. 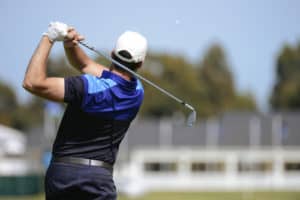 You only need to have a quick run through some of the major online bookmakers to see just how many wagering markets are actually available.

Currently at Bet365 I see fifteen head to head match ups (example Sergio Garcia vs Alvaro Quiros), Top European, Top American, Top Australian, Top South African and a dozen similar markets, as well as unique wagers on exact score and a plethora of propositions. Bet365 happens to be one of the leaders with more markets than any website.

Although I love wagering on in-play and round by round results live, I do enjoy fixed odds betting as well. One of my personal favourite fixed markets is what Bet365 refers to as 3-balls. This is simply a 3-way market involving three golfers and we’re wagering on which of the three will finish best for the round.

An example as follows:

Generally speaking my approach to beating 3-balls wagering is to cap the market. To do this I need to look at the bet without vig, which refers to the bookmaker’s profit margin. My first step is to convert the odds of each to an implied probability.

As these are already listed in European odds I divide them by one-hundred:

The implied probability refers to how often the golfer must win for the bet to have neutral expected value. If you add these add together you’ll see the total probability is 109.66% the reason it is more than 100% is the bookmaker advantage; the 9.66% extra is called the overround. If the odds maker was spreading his advantage equally between all golfers, we could determine the actual chance he’s assigned to each golfer.

To do this we just divide each teams implied probability by the 109.66%.

We’ve now removed the vig and are looking at each teams chance to win according the Bet365 market price. For probabilities under 50% these can be converted back to decimal format by dividing 100 by the probability. 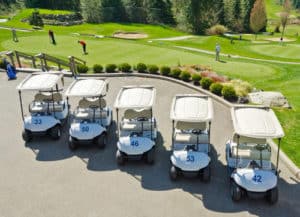 This is what the payouts would be if the bookmaker didn’t build in an advantage.

Although it can be a quite time consuming process if you now go to the largest and most efficient betting sites such as Pinnacle Sports, Betfair, Ladbrokes, William Hill, etc. and run probabilities like this on a variety of match ups, even not knowing a thing about the sport you can gauge the market and spot profitable bets.

As I mentioned this is time consuming however four times per year it is a process I do in depth that has led to some healthy career winnings on majors.

If you’re a recreational bettor there are two good easier choices. The first is to open up accounts at dozens of live betting sites and then shop for which has the best odds on the golfer you’re looking to back. The second choice is to save the entire process and bet online at the world’s largest betting exchange Betfair. This is peer to peer wagering exchange, meaning no bookmaker is involved, but with a turnover of £50 million per week, and everyone looking to hedge, you can rest assured there is no shortage of opportunity to back the golfer you’d like to back at some of the most competitive odds on the net.

If you’re purely a recreational bettor and just want competitive odds, fair treatment and some extra perks, look no further than Bet365. They have by far the most markets, great bonuses, outstanding promotions and also have a bingo hall, poker room, and online casino all integrated in with their online betting site. 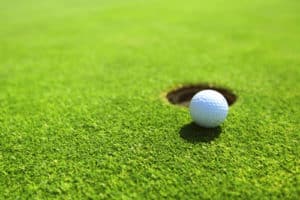 The pinnacles of the golfing world are that of the four respected majors, The Open Championship, The US Open, The Masters and USPGA Championship.

The Open Championship is widely regarded as the oldest of the major championships with one of the ever changing venues being that of the home of golf, St Andrews in Scotland.

The first tournament was held back in 1860 at Prestwick Golf Club in Ayrshire. The heritage and prestige of the Open is second to none and the adaption to the modern game has seen a winner’s cheque of £1,175,000 being awarded to the 2016 winner, Louis Oosthuizen.

The Masters is held every year at the stunning Augusta National Golf Club, Georgia. The scenery, facilities and course are the standout features throughout this week of intense golf and only the highest skilled players have been lucky enough to put on that coveted Green Jacket. 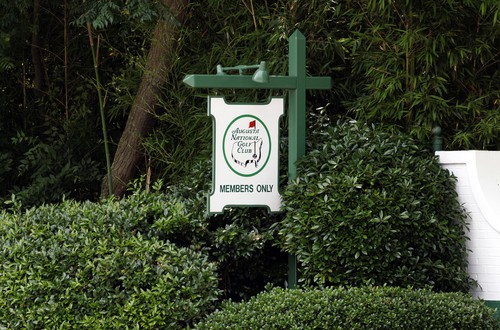 The Masters also has its own legacy behind it with events such as the Champions dinner being held every Tuesday before the event that was first introduced by the legendary Ben Hogan in 1952. Jack Nicklaus is the most successful player around Augusta with no less than 6 Masters titles to his name, more than any other player.

The US Open is America’s equivalent to the British Open. The beauty of both Open events is that it’s accessible to both Professionals and amateurs (with a handicap not exceeding 1.4) alike, meaning the field is often large and very mixed ability. However, this does not take away from the prize money, with the 2016 prize fund reaching a massive $46 million. Ben Hogan and Jack Nicklaus have both won 4 times at the US Open as part of illustrious careers for both men.

The USPGA Championship concludes the four majors and is the final major of the calendar year. It’s the last chance saloon for many to lift a prized major championship title. The origins of the USPGA date back to 1894 where amateurs competed around 41 golf courses in the US. It wasn’t until 1916 that competition became exclusive to professional players and now brings in prize pools of $10 million.

In between the four major championships, there are two respected professional tours based in the US (PGA Tour) and Europe (European Tour). Each event often pulls in big money for the players, with some of the larger events reaching $1 million for first prize alone. Whilst players are encouraged to sign up to one tour or the other, many do carry cards for both meaning they can mix and match their events as they please.

When betting any of these events mentioned in this section, the advice I gave here on capping the market, by converting to implied probability, removing vig and then comparing site to site, can result in a great deal of profit.