The variety of live F1 betting options that can be found is largely determined by the sites you’re wagering at. Some online bookmakers offer a nice selection of live bets, while others are weaker in this area.

If you enjoy live betting and F1 racing, the best idea is to register at several online bookmakers and see what they offer. In-play wagering keeps on becoming more popular so the books are constantly expanding their selections. So, bookmaker X may not offer many live betting options for F1 today, but they might next month. 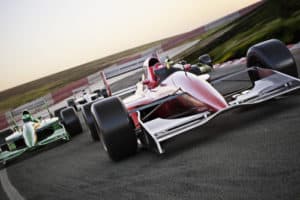 At most online bookmakers, the same types of bets that can be made before a race are also available during the race – with odds that constantly adjust.

These can include bets on the outright winner, top 3 & top 6 finishers, speed row bets, winning margin, driver matchups, and more.

As a true international sport, and since in-running wagering continues to get more popular, more online bookmakers are expanding their live betting options for F1. We expect to see a lot more growth in this market in the months and years to come.

You can also bet on propositions like “F1 Championship Winner.”

Since you can now bet on the winning driver while the race is running, as the lead changes, so do the odds. Most online bookmakers remove this bet while the top drivers are pitting, and add them back with adjusted odds once the top cars are back in the field.

The later the race is, the lower the odds will be for the lead driver. On circuits where it’s difficult to pass it’s hard to bet against the leader, but the odds are usually very low. For example, the Circuit de Monaco greatly favors the lead driver, so betting against them during the race is a poor idea. Either place your bet before the race begins, or skip this bet entirely.

Punters can get more value in-play wagering on F1 race winners at circuits where there is a lot of passing. Of course it’s harder to pick a winner at circuits like these, but those who follow Formula 1 closely are more likely to find profitable wagers. 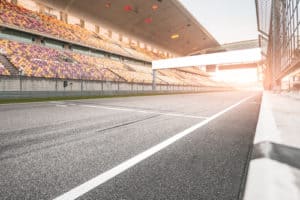 Top 3 and top 6 live bets work exactly as they do before a race begins, except the odds adjust as the race moves along. As races get closer to the finish, odds for these bets get shorter on drivers who currently hold these positions.

The idea is, with fewer laps to race, there is less chance of seeing position changes. From a punters perspective, there are a number of ways to make these types of in-running bets.

Late in the race, I suggest staying away from the leader in both top 3 and top 6 bets. You might think it’s a lock, but when he gets caught out with 5 laps to go you’ll wonder why you took 1.04 odds on him. This also applies to the top 3 drivers in a top 6 bet. If I’m going to risk a crash or mechanical failure late in a race, I’d rather do it with far greater odds on P4 – P6.

My favourite way to make these bets is in the earlier stages of a race, when I think someone in P4 – P5 will get into the top 3, or when I like someone in P7 – P9 to make the top 6. I’m looking for greater odds on a driver who I expect to move up, not a driver with lower odds who’s expected to keep his position.

Also called matchup bets, speed row bets are wagers where multiple (usually 2-6) drivers are pitted against each other. The punters job is to pick the driver within that group who will have the highest finish in a race. For a couple of reasons, I don’t recommend betting on speed rows.

First, the odds are usually too low for each driver in a speed row – not offering us enough value for any driver in a group. Secondly, speed rows can be very random when they include drivers who are expected to finish in 5th place and lower. Low odds on a random wager is not a good strategy for making profits on live Formula 1 betting.

As a rule, never bet on a speed row that includes the top drivers in a race. Since most F1 races are won by a small group of drivers, the eventual winner is likely to come out of this group anyway, but better odds can be found on the outright winner bet. In a speed row bet, the odds are shorter because the rest of the drivers in the field are eliminated. However, if none of those drivers have a shot to win anyway, you’re getting shorter odds for no legitimate reason. 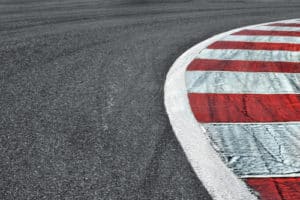 There are two ways to bet on the fastest lap.

First, punters can select the driver who they think will record the fastest lap. To win these bets, I’m usually not going to pick a driver who has the fastest lap early in the race. His odds will be low, and yet his early lap time isn’t likely to hold up.

Instead, I pay more attention to the practice times put up by different teams on Friday and Saturday. I like to find the fastest cars first, then select the driver I prefer. I’ll usually pick the driver who is higher in the field, meaning there is less traffic in front of him to slow him down.

I’m also looking for aggressiveness, using reputation as a gauge. There are a number of other little factors involved, including team strategy, WDC points standings (who’s willing to risk it?), and weather conditions that I might consider before placing this bet.

Second, we can also bet on the time itself. Live bets on the time of the fastest lap are offered differently at different bookmakers. Some offer them as an over/under bet on pre-selected times. Other books offer them in bracket formats, allowing punters to pick a lap time within two numbers.

For both of these types of bets, let history tell you where to bet. It’s always a good idea to know the fastest laps of the past, but we also need to be aware of circuit changes from year to year. If a circuit has had any significant changes since the previous race, we have to figure out how those changes will affect lap times.

In many of these races, it’s really about figuring out who will lead after lap #1. For example, if your driver is leading at the Circuit de Monaco after lap #1, he’s likely to hold that lead for a long time. The problem is, this driver will offer short odds as well, meaning it can be better to keep your money in your pocket for another day.

The best time to make these types of live F1 bets is early in a race at a circuit where there is a decent amount of passing. Then, choose the driver who likes to be up-front, and has a chance to get there early in the race.