24 Hours of Le Mans is the world’s most long-running sports car race in endurance racing (a form of racing meant to test the durability of the equipment and endurance of the racers involved). Most endurance races tend to last about six hours, but Le Mans is certainly an exception to that rule.

What is 24 Hours of Le Mans, exactly? 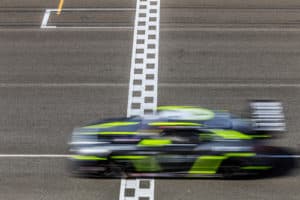 This race has been run annually since 1923 near the town of Le Mans, France. It represents one of the three legs of the Triple Crown of Motorsport, with the others being the Indianapolis 500 and the Monaco Grand Prix.

The race actually takes place on the Circuit de la Sarthe, which is a series of closed local public roads and a race track. Teams are tasked with driving safely around the course for 24 hours without doing much (if any) damage to the vehicle.

The original plan for 24 Hours of Le Mans was to award the team that covered the most distance over a three-year span. However, after the first three-year window expired in 1925, that plan was ditched. Instead, the rules were changed to declare a winner on an annual basis. That system still stands today.

Since the race first began in 1923, the Circuit de la Sarthe has undergone extensive renovations, primarily to ease safety concerns. The track originally entered the town of Le Mans, but the course was altered in order to better protect citizens in town. In order to do so, the Tertre Rouge corners and Dunlop Curve were created.

They also decided to alter the shape of the course itself in order to prevent lengthy straightaways. By adding more curves to the track, they could effectively reduce the overall speeds, making it safer for drivers and spectators alike. In 1990, two chicanes were added to the Muslane Straight in order to reduce top speeds and prevent the circuit from having any straightaway longer than two kilometers in length.

How Does the Race Work?

First, let’s start with the basics. 24 Hours of Le Mans goes down every June, which means drivers most often have to deal with extremely hot conditions. As you would imagine, the race begins in the middle of the afternoon and concludes at the exact same time the next afternoon.

Over the course of the 24 hours, the drivers nowadays will cover more than 3,100 miles in the car. Each race consists of about 60 racers, and each car must be able to accommodate at least two seats. You may not have more than two doors on your car, and beginning in 2014 all cars were required to have a roof because of safety concerns.

While all the cars compete at the same time, not all of them are directly competing against one another. The cars are divided into separate classes, with prizes awarded to winners of these various classes as well as the overall winner. As of 2017, there were four different classes.

Cars built specifically for the track at Le Mans, called Le Mans Prototypes (LMP) are the top two classes that participate in the race. LMP1 and LMP2 are differentiated by power output, weight and speed. Since 2011, the other two classes have been grand tourer (GT) classes called GT Endurance Pro and GT Endurance AM.

When the race was founded, there were no restrictions against how many drivers each team could use. Most would still just use two racers, but on some occasions brave souls would take on the task of completing the 24 hours on their own in order to save some time. Nowadays, using just one driver on a team is banned due to obvious safety hazards.

In the late 1980s, rules were put in place that forced each team to use at least three drivers over the course of the 24-hour race. In the next decade, more rules were put in place that dictated that no one driver could drive more than four straight hours over a six-hour period. Also, no one driver may drive more than 14 hours of the race. These regulations were implemented due to the strain of maintaining such high speeds in such conditions on the drivers.

The rule mandating at least three drivers must drive each car was eased, as the new regulations made it possible for two drivers to complete the course by carefully following the stint rules.

What’s the Difference Between Le Mans and Other Races? 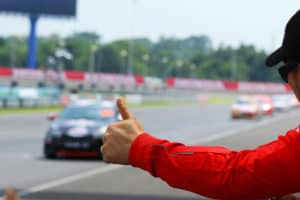 Because the race takes place over the course of a full 24 hours, there are certain rules in place that differ from those of other sportscar races. In an attempt to increase the efficiency of the cars, there used to be a rule that stated no car could stop to replace any fluids (other than fuel) for the first hour of the race. Cars that did stop to replace fluids within the first hour were disqualified.

The cars are also required to be turned off when refueling. This is another safety concern, of course, but the rule also exists as a means of making sure the cars are reliable enough to stop and start on multiple occasions throughout the race. While drivers may replace other drivers while a car is refueling, mechanics are banned from doing any sort of maintenance on the vehicle during the refueling period.

The race began with what became known as the Le Mans start. Previously, the cars would be lined up to start in order of engine capacity and class. Starting in 1963, though, qualifying times determined the start order. Those with faster times during qualifying get to begin the race closer to the front of the line.

The cars would be lined up along the pits, with drivers standing on the opposite side of the track. Once the French flag was lowered to signify the start of the race, the drivers would rush across the track and jump into their cars. This rule changed in the late 1960s, though, because several drivers were killed because they began driving without being properly harnessed inside their vehicles. The drivers would run the first few laps either improperly harnessed or without the harness altogether.

In 1970, drivers began the race already safely strapped into their cars. They would start their engines once the French flag was lowered before driving away. They changed the rule again the next year, however, and instead introduced a rolling start, meaning drivers are already in motion when the race begins. That method is still in place today.

The United Kingdom boasts the most all-time winning drivers at Le Mans, with 32. The host nation, France, ranks second with 29, while Germany (19), the United States (12) and Italy (11) round out the top five.

As for the companies that actually produce the cars themselves, Porsche leads the way with 18 of their cars winning at Le Mans, including back-to-back wins in 2015 and 2016. Audi is second with 13, Ferrari is third with nine, Jaguars is fourth with seven, and Bentley’s six wins at Le Mans ranks fifth all-time.