Some countries tend to be fairly lax when it comes to betting on sports, but Canada is not one of them. Rather than having uniform laws that apply to the entire nation, Canada defers most gambling laws to the individual provinces. Let’s dive into how sports betting works in Canada. 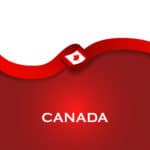 As mentioned above, several Canadian provinces have their own sports betting laws. As a nation, it is illegal to offer sports betting in Canada. However, residents of certain provinces are allowed to place sports wagers legally.

Unlike other countries, though, betting in these provinces tends to be rather restrictive. Some sportsbooks do not offer the wide range of gambling options you will see elsewhere, and the margins may not be particularly favorable, either. They also do not offer single, standalone bets. You may only place a parlay with two or more selections. 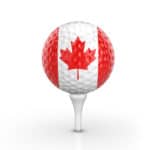 While there are still ways to legally bet onshore in Canada, most of the action for Canadian sports bettors comes offshore. Because internet sports betting is illegal in the country, the only way for bettors to get any sort of action online is to place a wager using a book from another country.

While that may sound a tad shady, what these Canadian bettors are doing is not technically against Canadian law. While Canadian books cannot accept online wagers, there is no law against going logging on and placing a bet at a book based elsewhere.

As a result of this fairly sizable loophole, billions of dollars have been wagered on sports (estimated at $4 billion a year) since internet gambling first came about a couple of decades ago. The laws on sports gambling in Canada were written back in the 19th century, were significantly altered only in 1970s, and have not been updated since the internet came into play. So, the country has no real legal recourse against those that choose to place wagers at offshore betting sites.

What are the most popular sports to bet on in Canada? 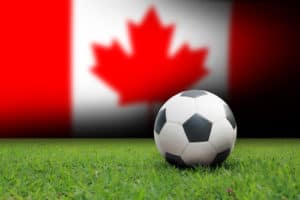 While local bookmakers may offer a limited variety of Canadian betting options, just about everything is in play via the internet.

As you may expect, ice hockey is easily the most popular sport in the country. The modern version of the sport began in Canada back in the late 1800s and it is still considered to be the country’s national pastime.

According to the Responsible Gambling Council, Canadians bet in excess of $210 million during the 2014 Stanley Cup playoffs. This is particularly remarkable considering just one of the seven Canada-based NHL teams even qualified for the postseason that year. The RGC reported that about 12 percent of the Canadian population placed a wager on the NHL at some point during that 2014 season.

Males aged 18-34 are the most likely demographic to place a bet on the Canadian national pastime, with nearly 27 percent of people in that range betting on the 2014 NHL postseason.

Where can I bet online if I am in Canada?

There are a number of legitimate sites and services that have been offering the chance to place sports bets online to Canadians for years. Most of them are based in Central America and the Caribbean.

Bodog is often ranked No. 1 for sports betting among Canadians. Behind Bodog are other well-known outlets such as Betway, Bet365, intertops, Sports Interaction and Pinnacle.

All of these sites offer odds on the four major American sports – basketball, football, baseball and hockey – and provide far more comprehensive odds than their local casinos and sportsbooks. Some also offer odds on sports like soccer, horse racing, golf, tennis and motor sports.

What should I know before placing a bet online?

One highly beneficial aspect of internet betting in Canada is that most sites will offer bonuses of some sort to players that play often enough. Traditional casinos are obviously unable to offer trials to customers, but online outlets make it possible to offer deposit bonuses, instant money bonuses, etc.

Internet betting is certainly far more convenient than doing so out and about. It’s hard to beat being able to place a wager from the comfort of your couch, no?

Based on domestic laws, having a workable internet connection is rather crucial to sports betting in Canada. Gambling online is really the only means of getting in on most of the action.

Can I bet on live games from Canada?

Of course you can! In addition to offering moneyline, spread and implied total odds, most of the aforementioned sports betting outlets also offer the chance to place a live, in-game wager.

Are you feeling confident that the Edmonton Oilers will score more than two goals in the second period? Clayton Kershaw started this game well. Do you think he can top 10 strikeouts? Will Steph Curry drill more or less than 10 threes tonight? There is a wide array of possibilities with live sports betting.

Sites such as Betway, Bodog, Pinnacle and Sports Interaction all offer a wide variety of Canadian live betting options from which to choose.

While you may bet on sports on Canadian soil in certain provinces, most of the action in the country comes via internet betting via offshore sites. So, in spite of the restrictive laws as far as domestic sports gambling goes, there are still plenty of avenues for you to get in on the action if you reside in Canada.

Canada live betting and internet betting are two of the fastest-growing aspects of the sports wagering industry as a whole. You may think you are left out in the cold as a result of the country’s stringent gambling laws, but there are plenty of fruitful and perfectly legal avenues to take if you want to get in on the fun.

Whether it’s a simple straight-up wager or a quick live bet, sports betting in Canada has never been more user-friendly.