For a very long time, the United Kingdom has been one of the world’s biggest hotbeds for gambling and sports betting. Some of the biggest sportsbooks on earth are based in the UK, including Bet365, Betway and BetVictor.

Live betting is a huge and growing part of the gambling industry as a whole, so what should you know before getting in on the action in the United Kingdom? 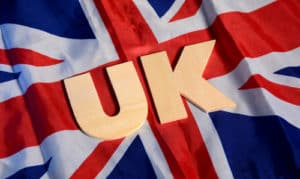 All forms of gambling have been completely legal in the U.K. since 1960. As a result, anybody aged 18 or older is able to place a bet of any kind within the borders of the United Kingdom. The age is even lower for a few other forms of gambling, such as scratch cards, lotteries and soccer pools. To participate in any of these, you just need to be at least 16 years of age.

With the laws getting a tad outdated, the UK passed the Gambling Act in 2005 in an attempt to modernize their rules and regulations. The act had three main purposes:

In order to try and ensure these goals were met, the UK Gambling Commission was created that same year. This organization exists to regulate all gambling within the borders of the United Kingdom. They issued new types of gaming licenses to invoke internet gambling and also issued new remote gambling licenses to offshore operators.

In 2014, the Gambling Licensing and Advertising Act of 2014 was enacted in an attempt to help regulate offshore betting operators that were serving UK citizens. That act made overseas based providers pay the same 15 percent tax that UK-based companies were already subject to.

Long story short, all forms of gambling, internet-based and casino-based, are perfectly legal in the United Kingdom. 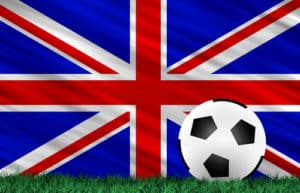 There are more than a thousand betting shops located within the city limits of London alone, if that helps to tell you anything about the popularity of gambling in the country. There are also around 9,000 betting shops in the nation as a whole, along with 148 casinos.

There is a particularly huge market in the UK for gambling on competitive sports. Horse racing was the top dog as far as gamblers were concerned for years and years, but the advent of internet gambling has flipped that on its head. As you may have guessed, soccer is king when it comes to sports gambling in the UK.

Soccer betting is the world’s most popular sport for betting. An estimated $700 billion-$1 trillion in spent annually betting on sports, with about 70 percent of that coming on soccer bets alone.

Live betting has only added to the popularity in betting on sports, especially soccer. Internet betting and the surge in popularity of live betting really took off starting with the 1998 World Cup in France and Euro 2000.

Another sport that has seen an explosion of gambling popularity in the United Kingdom in recent years is tennis. Live betting has really added an edge to the way tennis is watched for bettors. Because the points, games and sets come so rapidly, there are literally countless opportunities to place a wager over the course of a given tennis match.

It has grown so much over the years that tennis is second only to soccer in terms of money risked on an annual basis in the UK.

A few other popular betting sports in the United Kingdom are rugby, horse racing, greyhound racing, cricket, golf and badminton.

How popular is internet betting in the UK?

The advent of the internet and the influx of internet gambling sites has been a huge boom for the gambling industry as a whole, especially in the UK. There are about 2.1 million registered internet gamblers in the United Kingdom alone, and the industry continues to see steady growth.

Between 2009 and 2012, the internet gambling industry has grown consistently of about seven percent annually. The online betting market in the UK is worth an estimated £650 million alone.

Do most of the biggest sites offer live betting options?

Yes, the United Kingdom has been at the forefront of the live betting phenomenon. Any site that does not currently offer live betting options will instantly lag far behind the biggest operators in the country that do offer such options.

Bet365, Betway, William Hill, bwin, 10bet, 5Dimes, Skybet and Unibet are just a handful of the most popular gambling sites operating out of the United Kingdom, and they all offer you the chance to place bets on sporting events as they happen.

The United Kingdom is one of the few major countries on the planet in which gambling is 100 percent legal all over the place. As a result, it is home to several of the most prominent names in the online gambling industry, and there are hundreds of millions of dollars generated annually betting on sports in that country.

Be it from a UK-based website or an offshore operator, there are no restrictions to placing a bet and getting in on the action. You can get competitive pricing at a slew of websites, and most of them offer mobile compatibility so you can place your wagers on the go.