Professional video gaming, also known today as eSports, is one of the fastest growing entertainment industries in the world. It still has a long way to go before we can mention it in the same sentence as football, soccer or basketball, but it has cultivated a massive and dedicated following in a relatively short time span. 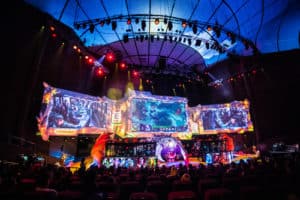 This is not just a bunch of guys (or girls) sitting around and playing Mario Kart for eight hours at a time. Well, it isn’t completely unlike that, either, but there is far more strategy and organization involved with eSports.

There is also a boatload of money in play.

Tournaments are held all over the world throughout the year in an attempt to determine the best teams and individual players on earth. Most of these tournaments are broadcast nowadays, and they also attract monstrous crowds to various arenas, stadiums and smaller venues.

Most competitive eSports tend to be first person shooter or fighting style games. Some of the most popular games in the sport are League of Legends (LoL), Defense of the Ancients (Dota) 2, StarCraft 2, Counter-Strike: Global Offensive (CS:GO), Smite, Call of Duty and Super Smash Bros.

The biggest professional gaming league in the United States is Major League Gaming (MLG), and there are leagues like it around the world. Electronic Sports League (ESL) is the most renowned outfit in Europe. Fortunately, tournaments allow teams and players from anywhere to compete on the same stage against one another. 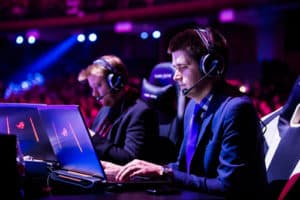 As mentioned above, thousands of people will flock to watch eSports tournaments in person wherever they will be held. One of the biggest tourneys every year is Riot Games’ League of Legends Championship Series.

The 2016 LoL World Championships once again set new records for viewership. The 43 million unique viewers of the final between a pair of Korean teams shattered the previous record of 36 million set in 2015. The final was broadcast by over 23 different outlets in 18 languages worldwide.

Back in October of 2013, the LoL World Championship final took place at Staples Center in Los Angeles, California. The arena, which holds more than 15,000 fans for basketball games, sold out for this event in less than an hour.

If that doesn’t give you an idea as to how popular this sport has become, nothing will.

The League of Legends World Championships award a check worth $1 million to the winning team in addition to a 70-pound trophy cup.

Blizzcon takes place in Anaheim, California, annually and offers teams and players a variety of different games with monetary prizes attached. A few of the more popular titles under the Blizzcon umbrella include StarCraft 2 and Hearthstone.

The Call of Duty Championship takes place in Los Angeles every year and offers a prize pool of $1 million. The tournament is comprised of eight teams with four players per team.

The International set a record in 2015 by offering a prize pool in excess of $18 million. This tournament invites 16 teams from all over the globe to compete in Dota 2. 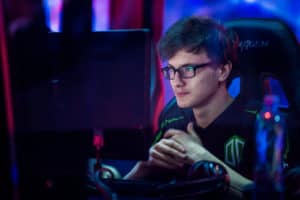 You probably already know the New England Patriots, Golden State Warriors and Real Madrids of the world. As is the case in traditional pro sports, there are also powerhouse teams in the world of eSports.

The top earning team of all time is called Evil Geniuses. They are a team from right here in the United States (San Francisco, to be precise) that was originally formed in the late 1990s as a Counter-Strike team.

They have recently expanded into games like League of Legends, Dota 2, Call of Duty and others. They have earned in excess of $15 million over the course of 622 tournaments in their history.

Another of the world’s most prominent outfits is known as SK Telecom T1, based in South Korea. This team was originally founded as a StarCraft: Brood War team in 2002 by a man known as Lim Yo-Hwan, who is regarded by many to be the greatest eSports player in history.

In October, SK Telecom T1 took home the most money (over $2 millino) at the 2016 LoL World Championships.

A few other prominent names in the industry include LGD Gaming, Digital Chaos and Samsung.

If a sport exists, you can likely find a place to gamble on it. ESports are no different. The industry is booming and growing at a rapid pace, and the betting industry surrounding eSports is, as well. You can find plenty of spots around the web to bet on the eSport of your choice. 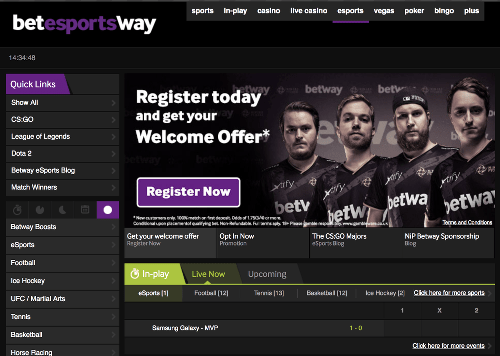 Bet on electronic sports at Betway.

However, sportsbooks do not offer the option to bet on all titles. Team-based games, also known as MOBA (multiplayer online battle arena) games, are the preferred genre for most sportsbooks. You will be hard pressed to find odds on fighting games that pit one player against another.

What kind of bets can you place?

As is the case with any type of sports betting, the most common form of eSports betting is based on winners and losers. You can bet on which team you think will win a given game, or you can pick the winner of a series.

Results tend to be fairly clear-cut when it comes to eSports, so you don’t have to worry about some kind of funky third result such as a draw as you do in soccer.

Fortunately, with a game like League of Legends there are rarely ever huge favorites with short odds. The nature of the game can be fairly unpredictable, so you can still get decent odds on a team that may be considered an overwhelming favorite.

Yes, eSports also offer prop bets. Just as you can bet on whether the coin flip will result in heads or tails at the Super Bowl, you can find something wacky on which to place a wager when it comes to professional video gaming.

Prop bets are a fun way to incentivize watching the action as it takes place.

Even if you get in on a game after it has started, it isn’t too late to put some money on the line. Live betting is becoming hugely popular in the gaming industry, and, again, eSports offers it.

If you see one losing team starting to gain momentum, you can place a live bet on whether they will be able to rally for the victory. You can bet on which team will be the next to kill a certain monster on a type of map.

Some sites will offer map-based live bets. The match outcome lines will come off the board once a game begins, but you can still place live bets on map lines in a game such as StarCraft 2.

For a game like League of Legends or Dota 2, you can bet on First Blood or First Turret lines after the matches have gotten underway.

If you have an intricate knowledge of how a specific game works and think you have a sharper understanding of in-game situations than the bookmaker, there is good money to be made by placing a live wager. Anticipating what is to come next after a game begins is crucial.

Knowing the styles of play of certain teams can also prove advantageous in a live betting setting.

The possibilities are literally limitless.

Be aware of gaming conditions

This may sound odd considering we are talking about video games, but the conditions for the games actually matter. Just as a team may have an advantage if they are playing on their home field or home court in other sports, eSports teams and players enjoy the similar advantages.

With the tournaments being held all over the world, it’s naturally easier on players and teams that get to stay home and play in their own country. As you may imagine, flying from San Diego all the way to Milan to play in a tournament may cause some fatigue.

Crowd noise can also be a positive factor. If an American team is playing in a tournament in New York, for example, a boisterous crowd cheering on the home team can be a positive, game-changing motivational tool.

As a bettor, these are things you should be cognizant of as you consider which way to go with your betting money.

How long have electronic sports existed?

There is certainly no precise date when it comes to the birth of the sport, because gaming competitions have been taking place for years. Most would agree that the first games to really garner much worldwide interest as far as competitions go would be World of Warcraft and Counter-Strike. League of Legends, which came out more recently, is largely credited with putting the sport on the map, however.

Where can I bet?

Just about every noteworthy sportsbook on the web offers eSports games in some capacity. Most of them offer the ability to place a prop bet and bet on live situations, as well.

Where can I watch it?

Riot Games, which created League of Legends, allows you to stream live and old matches right on their website. There are also eSports channels on YouTube and Twitch, and ESPN has even gotten in on the craze. The sport is available for viewing on the television and online.

Can I bet on it in Las Vegas?

The Downtown Grand in Las Vegas received permission in November to take wagers on electronic sports matches following months of unsuccessful attempts. It is the first casino in the United States to offer such a thing. Otherwise, this type of wagering is restricted to the Internet.

Professional video gaming is growing exponentially year after year, and it feels safe to assume the sport’s gambling industry will continue to follow suit. This is an industry still very much in its baby stages, and there figures to be plenty of money to be had out there if you can find it.

Whether it is straight up head-to-head match betting, prop betting or live betting, there are already several avenues for you to pursue if you are interested in getting in on this burgeoning gaming industry.