With the increased popularity of cricket worldwide, most online bookmakers have been expanding the types of live bets they offer on this sport. All of the same bets that can be made before a match begins can also be bet on while the matches are happening. 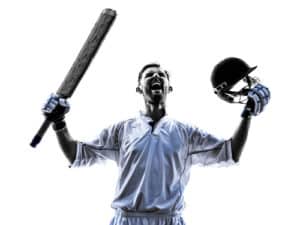 Plus, dozens, or even hundreds of props are offered as well. Below are our recommended betting sites for in-play cricket betting. To get the best price on every bet you place, register at each of them and compare odds.

As betting on the sport continues to become ever more popular, a wide variety of internet bookmakers are increasing the markets they offer whilst also producing some fantastic offers to entice punters to bet at their sites.

We have already done the hard work for you and have produce a series of sites offering a range of features to suit your sports betting needs.

Bet365 has led the way in cricket betting for a number of years now and has been at the forefront of the sport’s betting boom. As one of the most reputable bookmakers available online, Bet365 have made it their mission to offer the best odds with the largest amount of markets.

The beauty of Bet365.com’s market for this sport is that it not only offers markets such as:

… but also a host of live (or in-play) betting to compliment them. Included with their diverse market options, is their live streaming of some of the top games that may not be available on television. This streaming option is free to existing and depositing customers and is a nice sweetener when deciding which site to use for your live betting needs.

Competing with Bet365 in this area is Betfair, which is widely regarded as the world’s leading sports betting exchange with an array of live in-play betting markets that accompany the more standard betting markets. Their domestic markets are the most comprehensive on the net including competitions such as the County championship, Clydesdale Bank 40 League and the Friends Life T20 League.

Again, odds and prices can fluctuate greatly so be sure to search about for the best odds. Most domestic markets are also in-play enabled.

Betfair doesn’t show nearly as many live games on their free streaming channel as Bet365.com, but they do have a few more of the lower rated games. Between the two sites you can be sure to get an excellent mix of games to watch live at your disposal which is imperative for in-running wagering. In terms of a choice, as big of a fan as we are of Bet365 we’d give Betfair the nod due to their back/lay system… however personally we use and enjoy having accounts at both. 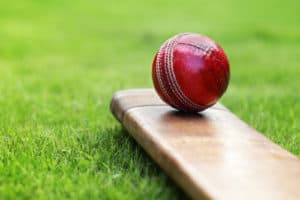 Sports spread betting is an interesting way to bet on this sport. Now, to take advantage of the spread betting markets it’s important to have at least a small amount of knowledge behind you. The spreads bookmakers set for each respected market can often yield some fantastic value for the punter.

Now spread betting can be a very high risk-reward form of betting so choosing markets carefully is imperative. The volatile nature of any cricket game means that the margins can be huge. For example a team can be bowled out for under 100 in their first innings but quite easily go on and score over 400 in their second innings. It’s for this reason that the bookmakers have to set the average line in accordance for each game.

Let’s take a look at a quick example on Extrabet.com with a market currently open, County Championship Division 1 Winner. Somerset are one of the early season favourites to win the title but have got off to a somewhat sluggish start for their standards. They do however, lie in third place currently.

Extrabet.com points system for each respected position in the table is as follows:

Somerset’s current spread is 26-29 meaning that if you bought them now, they would only have to remain in 3rd place to make a profit on your bet. With a little background knowledge on the team in question, we know that they are notoriously bad starters and very strong finishes (in 2010 winning their last 4 matches in a row) so we can expect them to put together a charge and secure at least 3rd position. If they were to make the leap into second place then obviously our profits will increase even more. The risk in the bet is taken away due to the fact it’s very unlikely that they will drop out of the top 4, putting our exposure at a mere 4 points for a potential gain of a possible 30 points.

Cricket spread markets offer a different betting experience compared to that of a fixed bet. If you feel you have a decent knowledge of the game then it will definitely be worth investing some time monitoring markets to see where the best value spreads are. One thing you can be sure of is that Extrabet.com will more than cover all of your cricket spread betting needs.

The sport is growing around the world in countries such as India, Pakistan and Sri Lanka all embracing it as one their national sports. With a reported 20 million players worldwide, the sport has developed into a global brand with people of all ages, races and abilities playing it.

As the sport continues to grow, so do the amounts of markets and bookmakers offering odds on a variety of games both domestically and internationally. However, it’s still viewed as somewhat of an untapped market when it comes to sports betting. The low key nature of the markets on offer results in many bookmakers often setting lower maximum bet limits, which puts off ‘big time’ gamblers. This means that frequently odds can be skewed due to fan biased.

As the popularity of cricket wagering increases, as do the number of markets available to bet on. Let’s take a look at some of the top markets to bet on:

Whilst an obvious choice, the match betting market can still throw up some really good value bets. You likely want to be staying away from the big international fixtures and major domestic games; games that include lesser or smaller teams can produce some great bets. If it’s match betting you are after then look towards the electrifying Twenty20 format of the game.

T20 becomes very unpredictable over the shorter format so match betting becomes harder to predict. Many bookmakers simply cut the odds of whichever team is performing well in the longer format or has a bigger reputation. The margins between the two teams drastically decrease in Twenty20, but with a bit of homework, some great bets can still be found on some of the lesser teams to provide an upset.

This market comes into effect over the 4 and 5 day formats of the game to find who will score the most runs (between both teams) in the first innings. What you need to keep an eye out in this market is weather conditions, state of the pitch, batting line-up and batsmen form.

The top scorecast market is one where you select which batsmen will score the most runs and for their team to win the game. They are basically the equivalent to placing a double (one on leading run scorer and other on overall winner) but provide a little better value.

Again, conditions are key for this market whilst also noting batsmen that are on form. Look to predict who will be batting in the best conditions

Identifying and mastering a betting strategy can be extremely profitable long-term. There are many tricks of the trade used and often on markets that will produce little action, so favourable odds for you the punter.

In time we’ll be publishing articles on betting strategies, in the meantime here are two tips:

1) The odds fluctuate often. When odds start shifting you want to get in on the side the odds are getting worse for, however you also want to do so at the best price possible. The way to accomplish this is to keep accounts at several cricket gambling sites.

2) A few solid back and lay systems, as well as information on derivatives can be found searching Google for “sports betting strategy”. With the later suggested search you’ll find many poor systems and a few absolutely great ones. 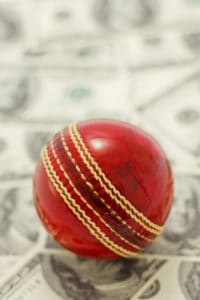 As with many betting markets, cricket can be as volatile as any. Whilst there are massive rewards, the unpredictable nature of the game can mean there are some heavy loses to console.

The 2004 Test Match between England and West Indies in Antigua underlines how volatile the market can be.

It was a series to forget for the West Indies as they trailed on their home patch to a resurgent England team, 3-0. They have batted appallingly throughout the series with few score above 400 until this point.

The West Indies were a better team than this and with the likes of Lara, Chanderpaul and Sarwan in their team, were capable of mounting a serious assault on an ever tiring England bowling attack.

The spread line was set at 370-390 with one anonymous bettor deciding to buy the £390 at £2 per run. One of the greatest batsmen to have ever played the game in Brian Charles Lara decided to make this particular bettors day. Lara went on to amass a world record individual score of 400 not out to see his side declare on a staggering 767.

The bettor happily watched the West Indian team tear apart the English bowling attack whilst watching his profits rise with every run. At the declaration he took home a very healthy £754 profit. If he had decided to sell at the start of the game at 370, he would have lost a hefty £794.

Let’s look at another example:

The 2011 World Cup was the showpiece of the sport. Many of smaller nations get to do battle against that of the larger, more established nations.

As the draw would have it, England were set to do battle with Ireland in the group stages for what many had down as a foregone conclusion in the form of an England victory. It all seemed to be going England’s way as the amassed a monster first innings total of 327-8 off their allotted over’s.

Some bookmakers had England as short as 1/300 at one point during their live betting. However one canny punter had faith in his Irish team and placed a wager of €15,000 at 2/1 on an unlikely Irish victory.

Sport once again threw up one of its surprises as Ireland managed to scrape past the finishing line in the final over to claim a memorable win and bag this lucky Irishman a cool €45,000. Not a bad little payday!

The margins are there for all to see in cricket betting and with a bit of background knowledge on the game there are bets out there that can be extremely profitable with markets that can be exploited. If you like to keep it safe, great sites for fixed odds are Betfair and Bet365. No matter which betting site you choose, we at LiveBetting.net wish you the best of luck.