The NCAA Tournament, known commonly and colloquially as March Madness, may be the NCAA’s signature event in any sport. The unpredictable nature of the event draws an audience of hardcore college basketball junkies and casual fans alike. 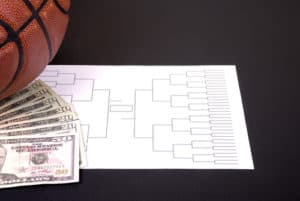 College basketball’s regular season has clearly fallen well behind the NBA on a national interest scale, but for those few weeks every March millions across the United States are drawn to their televisions to catch a glimpse of the action.

As is the case with any hugely popular sporting event, people will be betting loads of cash on the games. The American Gaming Association reported last March that more than 70 million people were expected to bet in excess of $9 billion on the 2016 Tournament alone.

That figure certainly pales in comparison to something like the Super Bowl or the World Cup, but $9 billion is still a massive figure. There is clearly money to be made out there, so what do you need to know if you are interested in dipping your toes into the March Madness betting pool?

Trying to Predict the Unpredictable

The differences between the college and professional game are stark. Sure, the court sizes, height of the rims and most of the rules are the same, but there is far more uncertainty in the college game. In the NBA, we typically know who is who and who is most likely to win. There are no sure things in college hoops, which is part of the fun.

There are exceptions, of course. If North Carolina is hosting some school you’ve never heard of like Albion College, the Tar Heels are probably winning that game by 40-plus. However, things are different when it comes to tournament time.

Playing at a neutral site can affect certain teams differently. Duke may be close to unstoppable at Cameron Indoor, but if they’re playing a regional game in Spokane against some team they have never seen before things tend to be a bit different. Teams will still play a host of games throughout the season at neutral sites, so paying attention to their respective records at these arenas can be helpful when placing a wager.

Most teams tend to fare better on their home floor, so if a certain team was excellent at home but stumbled frequently on the road, they could be a team to bet against in the tournament. 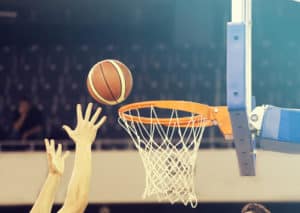 People love March Madness because of the upsets. There is a certain thrill to seeing some random school like Stephen F. Austin knock off a powerhouse like West Virginia in the first round. There is tons of value to be had in games that pit a super low seed against a top-four seed, but trying to pick the right upset is tricky.

Always be leery of a double-digit point spread. Even if the higher seed is to advance, we see the lower seed keep the game unexpectedly close time and time again. Even if West Virginia is able to squeak past SFA, taking the underdog on such a massive spread can easily pay off.

Current form also matters. If a team is on a hot streak and surged through their conference tournament to qualify for the Big Dance, that team is more likely to keep things going than a team that struggled across the finish line. Keeping tabs on how a particular team played toward the end of the season is crucial for tournament betting success.

Most upsets take place during the early rounds of the tournament. There are a ton of games in a 64-team bracket, so some of the favorites are bound to slip-up. Amazingly, more than 33 percent of teams seeded No. 12 in the tournament have won during the first round in the past. A No. 5 falling to a No. 12 happens almost annually. As a result, people tend to try and peg a 12th seed to score an upset more often than other lower seeds.

The later stages of the tourney tend to calm down as far as upsets go. Most of the Cinderella teams have been ousted by the time the Final Four rolls around, though there have been plenty of exceptions in the past.

The cream will most likely still rise to the top, which makes it tougher to find an edge from a betting perspective. Teams that advance this deep are likely to continue to play well. The idea of “momentum” is often debated when it comes to sports, though momentum seems to come into play most often in this event.

Teams that are hot tend to stay hot. Teams that are not tend to continue to struggle. Every team in the Elite Eight or Final Four is riding a winning streak of some sort, so trying to figure out which team has the edge takes a bit more research than it might in the early rounds.

Taking a look at how teams have fared against a common opponent is a decent way to try and compare teams set to square-off against each other. Any previous head-to-head meetings from the regular season also come into play, but knowing that an upset is less likely at this stage of the tournament is key.

Live Betting on the Tournament

A hugely popular and growing aspect of sports betting in general is live betting. Betting on a game’s final outcome remains the most common form of sports wagering, but putting money on something occurring within the game adds a new wrinkle and a different kind of thrill.

As is the case with just about every sport, you are able to place live bets on the NCAA Tournament. The spread. moneyline and over/under totals can change throughout a game, so following along and betting on the new figures is a fun way to watch the game.

Reading the game and trying to figure out what will happen next are keys to succeeding in a live betting setting.

Teams do not crack the 100-point barrier over the course of a 40-minute college basketball game very often, but if you think a certain team has a good chance of doing so then that is a live bet you can place.

There are so many individual and team statistics kept in basketball that the possibilities are almost limitless. Because basketball is played at such a rapid pace, there are countless live betting opportunities within any given game. Placing a live bet on the game can take the excitement to a new level.

A 16th seeded team has never taken down a No. 1. However, we have seen numerous No. 2 seeds fall to 15s, 3s have fallen to 14s, etc. Some No. 16 teams have been able to give the No. 1s a run for their money, but a top seed falling in the first round has never occurred in the long history of the tournament. It will happen someday, but banking on a 16 to topple a No. 1 outright is a bet that has no history of success.

Obviously, teams seeded No. 1 in the tournament are the most likely teams to take home the championship once it’s all said and done. Since the tournament expanded to include 64 teams in 1985, at least one No. 1 seed has advanced to the championship game 25 times. That is a success rate of better than 77 percent, so it is incredibly likely that at least one top seed will make the title game.

A No. 1 seed has won the championship in 19 of the 31 years under the current format (61 percent). So, while teams seeded No. 1 are far from a lock to win the title, they easily have the best odds.

What is the lowest seed to ever win the tournament?

The Cinderella stories make for great drama and fun over the first few rounds, but most of them tend to fizzle in the latter stages. Since 1985, the lowest seed to ever win it all was No. 8 seeded Villanova in that ’85 campaign, followed by No. 7 UConn in 2014. Only four teams seeded 10th or lower have ever qualified for the Final Four. No double-digit seed has ever made it all the way to the championship game.

What are the respective success rates of double-digit seeds in the round of 64?

As mentioned above, a team seeded 16th has never won a game at the NCAA Tournament.

There have been eight No. 15 seeds that have defeated No. 2 seeds, for a success rate of just 6.25 percent.

As is the case with the NCAA Tournament in general, the real madness occurs in the early stages. The smart money is on a 12 or 11 seed enjoying some early success before inevitably faltering later on. The big dogs (Duke, North Carolina, UCLA, etc.) are most likely going to wind up winning it all in the end.

However, the thrill of betting on and nailing an upset pick must come close to the thrill the actual players get when they are on the right side of the upset. There are numerous ways to get in on betting on March Madness, so it’s never too early to get on it.