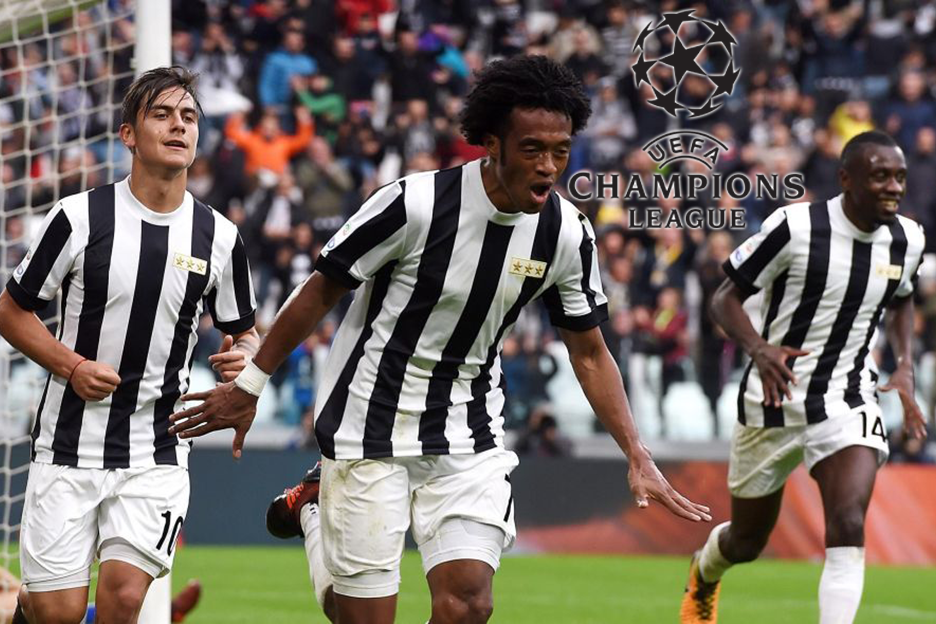 The night in late May 2018, when Real Madrid lifted the UEFA Champions League trophy for the third straight year seems so far away now. Since then we have watched the whole 2018 World Cup in Russia and all of the major leagues in Europe have already sprung back to action. Yet, the start of UEFA Champions League season is a special event for all the soccer fans across the world.

I have prepared a short overview of the main favorites for the 2018/19 UEFA Champions League trophy along with the odds from major sportsbooks. If you would like to find out more about how the competition is shaping up and get some sound betting advice, read on!

For the first time since their revival this decade, Manchester City find themselves as the leading favorites for the UEFA Champions League trophy. This comes as quite a surprise as the Citizens have traditionally struggled to translate their domestic success to continental competitions. Last English Premier League season must have left a fantastic impression on the bookmakers, as Manchester City dominated the league scoring more than 100 goals and recording 100 points.

Pep Guardiola’s side is two-deep with world-class players at almost every position and often overwhelm opponents with possession, relentless pressing without the ball and lethal finishing provided by the attacking trio of Sergio Aguero, Gabriel Jesus and Leroy Sane. The midfield is controlled by Fernandinho, David Silva, Rhyad Mahrez and, now injured, Kevin De Bruyne.

Since 2010, Manchester City have participated in the UEFA Champions League 7 times and their biggest success to date was reaching the Semi-Final of the 2015/16 UEFA Champions League. They were also knocked out twice in the Group Stage twice, reached the Top 16 3 times and the Quarter-Finals once. That is highly unimpressive for a club with one of the biggest budgets in the world, as well as a world-class roster.

Pep Guardiola’s system has been successful everywhere he has coached, so there is optimism that the Citizens might finally turn a corner in their European campaign and make a run at the trophy. They certainly have the talent to do it.

The five-time champions Barcelona are once again one of the main favorites to win the UEFA Champions League trophy. The memories of their last UEFA Champions League title in 2015 seem quite distant now, especially if we consider how their season ended last year – with a 0-3 defeat at Camp Nou to heavy-underdogs AS Roma.

Ernesto Valverde’s side is led by the mercurial Lionel Messi, who has always performed well in the UEFA Champions League and he is surrounded by other world-class players such as Luis Suarez, Ivan Rakitic, Philippe Coutinho and Ousmane Dembele. Most of the players have been together for a number of years and that continuity and chemistry has always been the strength of Barcelona.

The biggest improvement that Barcelona has made, compared to the previous seasons, is the emergence of an elite defense. Barca was the best defensive team of the Spanish La Liga last season, overtaking those honors from the stellar-defense of Atletico Madrid. If they can replicate that form in the UEFA Champions League this season, they will be a handful for everyone, since their attack has always been stellar.

Juventus have added perhaps the best player on the planet, Cristiano Ronaldo, to an already world-class roster. In addition to Ronaldo, Juventus have signed Douglas Costa from Bayern Munich and Emre Can from Liverpool. Their roster is loaded across all positions and their coach Massimiliano Allegri is back at the helm.

Juventus are banking on Ronaldo’s experience and clutch performances to take them to the top of UEFA Champions League, as their recent nemesis Real Madrid and Bayern Munich seem to have taken a step back in terms of quality.

The French champions are once again of the prime favorites for the UEFA Champions League trophy. Their recent history in the competition is filled with disappointing defeats and spectacular meltdowns that have marked their faith.

The giants from Paris are stronger than ever, with superstars like Neymar, Edison Cavani, Thiago Silva, Gianluigi Buffon, and Angel di Maria. They have been a force in domestic competitions where they have won 5 French League 1 titles in 6 years. Yet, the success in UEFA Champions League has eluded them.

Paris Saint-Germain has participated in the UEFA Champions League the last 6 seasons and have never ventured past the Quarter-Finals, despite having one of the most expensive rosters in the European soccer. Most of their losses were heartbreaking, like the 6-1 loss at Camp Nou against Barcelona, after winning the first leg 4-0 at home in 2017.

Their Achilles’ heel has been the defense, who has time after time failed to deliver in the knockout phases. PSG is a pure offensive powerhouse who can overwhelm the lesser opponents with pure quality but have struggled to tactically outplay their equals, often allowing easy goals and looking immature on the pitch.

Paris Saint-Germain are entering the season with a new coach, as Unai Emery has left for Arsenal. Thomas Tuchel is the new man in charge and he has come with a promise that Paris Saint-Germain will be a key competitor in the UEFA Champions League, the trophy that has eluded them for the better part of the decade.

The three-time defending UEFA Champions League champions Real Madrid are entering the season with a number of question marks surrounding them. The loss of their superstar and talisman, Cristiano Ronaldo, marks the beginning of a new era at the club. At the same time, coach Zinedine Zidane has left the club as well, after winning three-straight UEFA Champions League titles.

Real Madrid still have an elite roster with the likes of Luka Modric, Gareth Bale, Karim Benzema, Marcelo and Sergio Ramos leading the way. The team has been playing together for a number of years and their chemistry is why they have been so consistent in the competition in the past. Still, there is a question about who will pick up the slack and replace Ronaldo’s production and goalscoring, with Gareth Bale being the obvious choice.

Real Madrid have been far from impressive in the Spanish La Liga, so far, and they will have to show more effort if they are to really compete for the UEFA Champions League this season. Yet, I always have a feeling that their play picks up in the second half of the season and they should be in the position to compete in the spring.

Their roster has been consistent for the better part of the decade as Robert Lewandowski, Thomas Muller, Arjen Robben, Frank Ribery and Manuel Neuer lead the squad of talented players. Bayern have struggled to protect their goal against the elite teams, which has cost them dearly against elite teams in the Knockout Phase.

If Bayern are able to overcome the loss of Corentin Tolisso to ACL injury and make James Rodriguez an integral part of the squad, they can contend for the UEFA Champions League trophy. Their ambitions haven’t changed but they will rely on the same roster and new approach to accomplish the ultimate goal.

Atletico Madrid have always been known as Madrid’s second-best club but their recent emergence as one of the elite soccer clubs in Europe has made the fans and the media aware of their rising status and ambitions. Having finished as runner-ups in 2014 and 2016 in the UEFA Champions League has put them on the map as the powerhouse and they enter this season with their eyes on the prize.

Los Colchoneros have made a name for themselves as a defensive-oriented squad which suffocates the opposing attacks, controls the pace of the game and unleashes deadly counter-attacks where superstars like Diego Costa and Antoine Griezmann shine and score.

The back line of Jan Oblak on goal and Godin, Jimenez, Luis Felipe and Juanfran in the defensive line is one of the most dominant units in the European soccer.

Ultimately, Atletico Madrid have failed to win it all in the UEFA Champions League due to their offense looking stagnant and inefficient in key games in the Knockout Stage and two Finals. It seems that their offense has developed with the emergence of Antoine Griezmann and return of Diego Costa and now they can pose problems to even the best teams in the competition.

As long as Diego Simeone’s squad plays elite defense and protects their goal, they will have a chance to compete against anyone and under the right circumstances, they can put together a run worthy of a title.

Last season marked the emergence of Liverpool as a European powerhouse under Jurgen Klopp. The Reds made a fantastic run to the UEFA Champions League final by leaving a path of destruction in their way, as they took care of Basel, Manchester City and AS Roma. They did lose 3-1 to a stellar Real Madrid side which won their third-straight UEFA Champions League title.

The offensive trio of Mohamed Sallah, Sadio Mane and Roberto Firmino are a deadly force that give nightmares to opposing defenses. Yet, Liverpool’s ultimate improvement this season should be in their backline, as Van Dijk, Gomez, Robertson and Alexander-Arnold seem like a cohesive unit that could protect their goal.

The main issue with Liverpool is in their depth, as the drop off in the quality of the reserves is quite significant. With a heavy schedule of games in the English Premier League, UEFA Champions League and the FA Cup, the Reds will have to stay healthy and fresh to make a mark. It is important to note that Liverpool’s run to the Final last year was accompanied by their 3rd place finish in the English Premier League, more than 20 points of the champions Manchester City.

This list wouldn’t be complete without the three-time UEFA Champions League winners Manchester United. Jose Mourinho’s side has failed to make a dent in the competitions since their 2009 loss in the UEFA Champions League Final against Barcelona. Since then, the Red Devils haven’t gotten past the Quarter-Finals, often losing to underdogs in the process.

The roster is filled with world-class talents like Romelu Lukaku, Alexis Sanchez, Paul Pogba, Nemanja Matic and David De Gea but the effort on the pitch and consistency has been an issue since Jose Mourinho took over as coach. Defensively, Manchester United have struggled to protect their goal and their offensive schemes seem outdated and inefficient.

Yet, I can never write off Manchester United due to their talent level and if they manage to put together some chemistry and motivation during the season, they will be a dangerous opponent. Still, I consider them a second-tier team among the favorites and a long shot for the title.

I believe that the battle for the UEFA Champions League title will be decided between Barcelona and Juventus. The Catalan side has the experience, continuity and a mercurial talent in Lionel Messi to decide the key matches against tough opponents. Juventus, on the other hand, have just acquired their own superstar Cristiano Ronaldo and integrating him into their elite roster will be key to their title run.

Personally, I think that Juventus will grow as the season progresses and end up being the class of the field once the Knockout Stage arrives and the presence of Cristiano Ronaldo should be enough to get them over the hump.