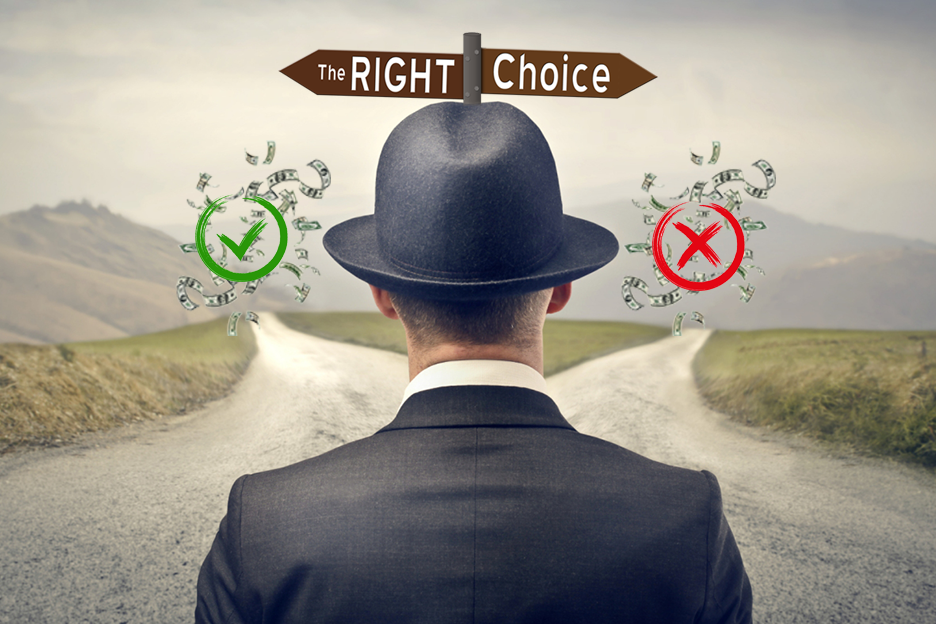 Many sports bettors believe that they’re impartial and will only wager on the best propositions. They may even perform extensive research to back their picks.

But are these same bettors willing to change their minds if they receive new information? Or do they convince themselves that their first guess is right?

How you answer these questions goes a long way to explain if you’re truly an open-minded bettor or somebody who falls for confirmation bias.

The latter is a phenomenon that’s common in sports betting. Nevertheless, confirmation bias causes you to lose a lot of money.

Keep reading as I explain more on this concept along with 5 ways that sports bettors fall victim to confirmation bias.

What Is Confirmation Bias?

Confirmation bias is the tendency to search for, recall, and favor information that supports your preconceived beliefs.

People have confirmation biases in a number of areas, including politics, religion, and sports. And this bias leads to emotionally charged responses when one is challenged on their beliefs.

You may have a friend that’s overly passionate about a particular sports team while hating their rivals. You might also know somebody who gets in heated arguments with those who don’t like their favored political party.

People who fall into these roles often use biased information and beliefs to defend their positions.

The argument over who’s the greatest quarterback ever is a subjective one. You can also introduce other NFL greats into the argument, such as Brett Favre, Peyton Manning, and Joe Montana.

One can use stats, numbers, and other evidence to back up the argument that Aaron Rodgers is the best ever. But recalling a single TV analyst’s opinion to support a fan-based opinion isn’t the greatest evidence.

One reason for confirmation bias is that people tend to use information to strengthen their previously held beliefs. They also use like-minded opinions and info to reinforce the idea that they’re right.
Another factor behind confirmation bias is wishful thinking. A person wants to believe that their initial pick is right, so they pay attention to resources that affirm this belief.

This example has two things going on, including a huge bet and an unwavering belief in the result.

You’ve risked far more than any betting expert would recommend. And you’re also ignoring any contrary evidence that you could possibly be wrong.

Your bet may very well come through. But ignoring opposing thoughts just because they don’t align with your beliefs is a mistake.

1 – Only Researching Your Predetermined Team

Many bettors look at lines and predetermine their pick whether they realize it or not. They’ll then focus on information that supports their initial bias.

An example would be if you think that the Boston Celtics can beat the Golden State Warriors in an NBA Finals game. You then Google information on the Finals to back your prediction.

The goal is to look at both sides and come to an unbiased decision on whether the Celtics can win. But you instead only focus on news and commentary that supports your predetermined pick.

This is a common event, where people only spend time looking for materials that support their preconceived ideas. And it happens in a number of areas, including picking investments.

A study from Park et al., 2010 examined investors and how they research stocks. The study authors concluded that the average investor focuses on materials that confirm their preconceived beliefs about stocks.

Researchers also found that investors who fall into confirmation bias make less money than those who have an unbiased mindset.

I can’t find any publicized studies on how sports betting confirmation bias relates to wins and losses. But sports gambling and investing share many parallels, making it likely that biased sports bettors earn less money than their open-minded peers.

Here’s an example of the thinking that can hold you back from sports betting success:

Ryan could have another MVP season like he did in the 2016-17 season, when Atlanta narrowly lost in the Super Bowl. But the evidence shows that he’s been merely good throughout his 10 years, rather than a perennial MVP candidate.

Focusing on info that backs your predetermined idea is only part of confirmation bias. Sports bettors who struggle with this problem are also prone to dismiss opposing views.

But they discovered that this line of thinking also rejects contrary opinions, even when the evidence clearly supports another idea.

A sports bettor who only researches information that backs up their viewpoint is bad enough. But the matter gets worse when these same bettors refuse to acknowledge any materials that don’t support their original viewpoint.

Continuing with this scenario, the Cavs were predicted to dominate the Eastern Conference. But they’ve merely been above average up to the point of your bet.

This is a big reason why their home ATS record has been so atrocious. And anybody who consistently picks them to cover at Quicken Loans Arena has been burned again and again.

Maybe you’re an experienced sports bettor who’s found stats or trends that support making this particular wager. But if you’re just a casual bettor, chances are that you won’t look at many numbers beyond the home ATS record.

The immediate evidence doesn’t support placing this bet. If you do so anyways due to a fan bias, then you’re not going into the wager with an open mindset.

Confirmation bias doesn’t have to be confined to specific wagers. Instead, sports bettors can be biased to their success rate too.

This is especially true of moneyline bettors, who use win-loss rate as the main indication of how they’re doing.

Wins and losses aren’t entirely indicative of moneyline success, because this is a straight-up bet. You can continue wagering on heavy favorites and have a great win rate.

You can see this below by looking at what win rate you’d need to break even with different moneyline odds:

You must win two-thirds of your bets just to break even with -200 odds. Meanwhile, you only need to win one-third of your wagers to break even at +200.

Some moneyline bettors may stick to favorites and are unable to distinguish when they’re winning profits versus losing. Here’s an example:

The best way to avoid this line of thinking is by keeping records on all your wagers. You can use the data to confirm whether you’re truly a winner.

4 – Convincing Yourself That Losses Are because of Bad Luck

Another form of sports betting confirmation bias involves convincing yourself that losses are the result of poor luck. This is especially the case when it comes to referees.

If you go on to lose this bet, you might have selective memory and believe that it’s due to the referees. But a non-biased observer can see that questionable calls benefited both teams by an equal amount.

You may visit forums after the game to find Carolina fans who agree with your viewpoint that the refs gave New Orleans the game. And it’s guaranteed that you’ll find plenty of Panthers fans who believe that their team was shorted.

But professional referees are paid to be impartial. Therefore, any skewed calls are purely by chance.

Seeking out fans and other losing bettors to support your views after the fact does no good. Instead, you’re just looking for other like-minded people to confirm your perceived bad luck.

Many sports bettors create systems to win consistently across a broad range of games. This reduces the need to handicap each game individually and instead offers specific parameters that can be applied to many contests.

This system may ultimately be crap. And herein lies a problem, because too many bettors create strategies and begin using them without any testing.

Using an unproven system is enough on its own to cause you losses. The problem further compounds when you try convincing yourself that the strategy will eventually win if you continue using it.

This leads to another confirmation bias, where you take isolated wins and use them as evidence that your betting strategy will be a long-term winner.

A better idea is to use backtesting, which involves pitting your system against historical data. You want to find games in recent seasons that match your strategy’s parameters, then see if you’d win or lose the bet.

The goal is to comb through enough data and games to come up with a clear answer on whether your system is a winner or loser. And you can use software programs to both find these games and test the parameters.

One example is a free program offered at KillerSports. Although not as detailed as some of the programs you can buy, this will help you test many strategies.

The last thing you want to do is test your strategy with real money on the line. And you especially want to avoid using bias to confirm that a system works.

Backtesting is the perfect way to avoid these problems and find out if a sports betting strategy works before risking money.

Don’t feel bad if you’ve fallen into the trap of confirmation bias. Many sports bettors and people involved with other activities have had the same problem.

It’s human nature to want to prove yourself right. And the perfect way to do this is by finding resources and opinions that back up your original thoughts.

I’m guessing that profits are your answer. And one key to making this happen is fighting off the tendency to confirm your bias and instead look at bets from an unbiased perspective.

It’s okay to be wrong on your first assumption. The key is that you’re right when it comes time to placing a bet.