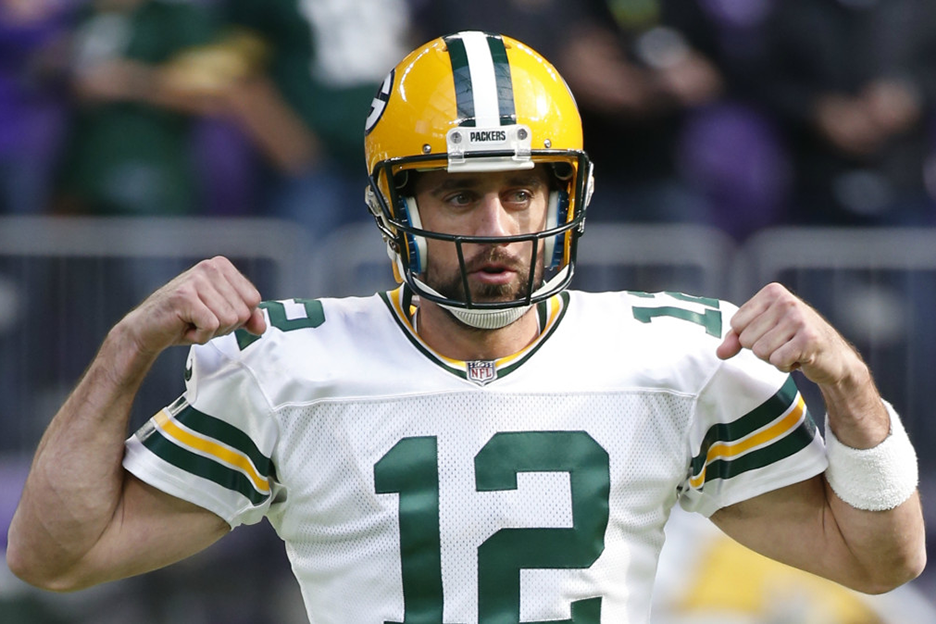 Pro football tends to be a young man’s game. That used to be the case, at least.

In recent years, numerous players have turned back the clock, defied logic and churned out elite seasons and even helped their teams to championships.

It’s easy to marvel at Brady’s success going into his age-41 season, but what’s even more interesting is the possibility of other big name NFL stars finding a way to prolong their careers in similar fashion.

Wanting to do that and actually making it happen are two very different things, of course.

However, the longer these star players make themselves available to their respective teams and continue playing at a high level, the longer those teams will remain relevant and successful.

Brady and the Pats are the most obvious example.

With Aaron Rodgers recently suggesting he’d like to play into his 40’s and stay with the Packers, however, sports bettors understandably get a second potential dynasty to consider each year.

After all, the Pats continue to push an “old man” out onto the field, yet they’re the odds on favorite to win Super Bowl 53.

In the name of longevity, here’s a look at the other NFL stars that have a realistic shot at continuing their playing careers into their 40’s:

Brees leads the way here, as he will literally be 40 before the 2018 NFL season wraps up. Much like Tom Terrific, Brees hasn’t shown many signs of decline.

Brees has also kept himself in amazing shape, so despite a small stature and his age, he moves extremely well and he hasn’t lost much on his fastball.

Pushing 40 and not showing many signs of slowing down, Brees may be a realistic threat to be playing productive football for several more years.

Rivers is a little more down the line at age 36 (37 in December), but for what it’s worth, Chargers head coach Anthony Lynn said he wouldn’t be surprised if the veteran passer played into his 40’s:

#Chargers HC Anthony Lynn: It wouldn’t surprised me if Philip Rivers plays into his 40s. He is expecting to come back every single year and lead this team to a championship. pic.twitter.com/QDenuBNRoi

I concur, largely because Rivers has always been extremely passionate about the game of football and he has never relied on a huge arm or elite athleticism.

Rivers still knows how to picks his spots attacking defenses down the field, but it’s his work in the pocket that separates him from the rest of the league.

A maestro between the tackles, Rivers should be able to play effectively as long as he can get the ball out in a timely fashion and has a desire to lace’em up.

There are other older quarterbacks you could argue for, but Brees and Rivers can still ball and should be able to for some time. I don’t know if I see the same long-term ability out of Eli Manning and others.

Instead of forcing an argument for guys like that, I’ll cap the quarterback conversation off with Ryan, who has been extremely healthy throughout his NFL career.

Ryan clearly takes care of his body and is careful on the field, but he’s also an exceptional pocket passer that has always relied on movement and accuracy.

His arm strength should hold up for years to come, while the Falcons continue to stack him with a litany of serviceable weapons. Now 33, Ryan has already flashed a style of play that could allow him to hang around for several years down the road.

It’s not easy to project running backs with a long shelf life. I could say star mashers like Ezekiel Elliott and others could play until they’re 40, but I simply don’t think it’s that realistic.

Workload is going to factor into it quite a bit and for the normal guy, playing even 10 years as a running back in the NFL is asking a lot.

Because of that, I’m only really looking at running backs who have proven their ability to be effective deep into their 30’s already.

Gore leads the way, as he’s still alive and kicking in Miami despite suiting up at 35 years of age.

Dolphins head coach Adam Gase recently suggested Gore’s age is “irrelevant”, while Gore himself said as long as he stays healthy and someone wants him, he’ll continue to play.

Considering Gore has stayed on the field this long, I tend to believe him.

Gore is no longer an elite rusher, but he’s a gritty one that offers early down ability, can catch the ball and provide a veteran presence. His role should diminish as he ages further, but as long as someone can find a roster spot for him, I think he’ll revel in the ability to produce regardless of his age.

Something tells me he cares about where his final resting place is amongst the NFL’s all-time leaders in rushing yardage and touchdowns, too.

Peterson doesn’t have any takers to keep his streak of NFL seasons going at the moment, but that may not last much longer.

There is no denying this is a guy with ball control issues and a lack of reliability as a receiver, but if you need an early down and goal-line bruiser, he remains an effective option.

Arizona found that out after trading for him last year and at age 33 he was still pretty dominant in spots.

There is no guarantee Peterson keeps getting NFL gigs, seeing as he’s a bit of a dying breed. However, few pro athletes keep their bodies in as great of shape as Peterson does and a pretty strong argument could be made that he could remain effective for years to come.

Peterson has had a pretty damaging workload in the past, but he’s actually pretty fresh if you only look at this last four NFL seasons. He’s played more than 10 games just twice during that stretch and in his last full season in 2015, he delivered a monster 327-1,485-11 stat line.

The desire to allow Peterson to play until he’s 40 might not be there, but Peterson himself can probably physically do it and it sounds like he’d like to try.

Like I said, there aren’t that many star running backs you can truly back as likely options to last until they’re 40.

For one, there have actually been several big name receivers to remain quite productive until later in their careers, with a 40+-year-old Jerry Rice probably taking the cake.

Assuming a wide receiver can either hang onto their speed or avoid being too reliant on it, this can be a position where good health, awareness and reliability keep someone employed.

Desire is always a key factor and that may end up being the only thing stopping Larry Fitzgerald from going until 40+ years old in the NFL.

Fitz seems to be one a year-by-year basis with Arizona, while he’s said for a while now that he’d never entertain playing in another city.

His ability to stay healthy, contribute at the level he’s accustomed to and the Cardinals staying competitive seem to be the driving forces behind whether he’ll keep the cleats on.

The production has been there, though. Despite going into 2018 at age 35, Fitz is fresh off of three straight seasons with 107+ receptions.

As long as Arizona views him as an asset and he wants to keep playing, going until 40 seems rather possible.

If I like Larry Fitzgerald’s chances to play until he’s 40, it’s hard not to get excited about what Julio Jones might accomplish.

This goes against the whole “reliant on speed” argument, but Jones is such a freak that it’s quite possible he won’t lose much of his athleticism for several years. Even when that happens, it’s fairly likely he’ll still remain a very effective wide receiver.

Stellar surroundings in Atlanta should help him out as he ages, while Jones is blessed with exceptional size and ball skills.

He remains one of the most dominant receivers in the game at age 29 and if he so chooses, he just might be able to tack on another decade to his career.

Overall, there might not be that many realistic threats to last until the age of 40 in the NFL, but there are a handful of special players that have a shot.

One major key to making it happen is drive, though.

Tom Brady is all about the game of football, he hates to lose as much as he loves to win and the grueling preparation that goes into each season isn’t a nuisance to him.

As long as the negative parts of pro football don’t weigh these guys down, at least a few of them could be playing well into their 40’s. That’s pretty impressive for such a physical sport like pro football.