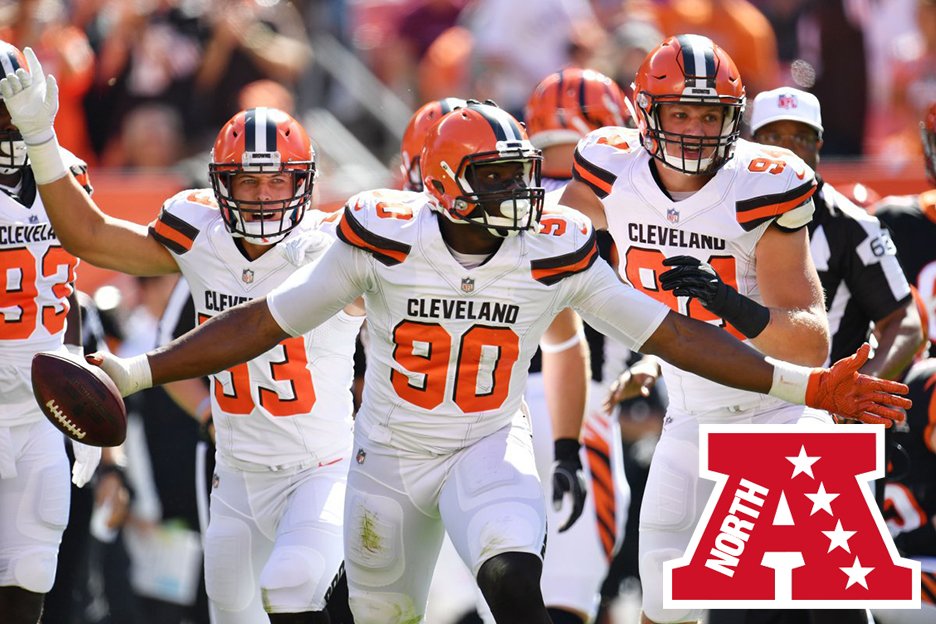 The division races in the NFL at this point are in their infancy, however, there’s never a bad time to check out some season-long future bets.

The NFC North is one of those divisions that looks pretty wide open early in the year as you can still make a case for every team after four weeks.

In fact, the Steelers are one of two teams in this division with that 1-2-1 record as the Cleveland Browns sit what that same record after a comeback win in Week 3 over the Jets and a tough Week 4 overtime loss to the Raiders.

The division becomes a wide-open one when we factor in the fact both the Cincinnati Bengals and Baltimore Ravens are tied at the top with 3-1 records. The Ravens defense been stout through three weeks and they are a deep-ball threat team on offense. The Bengals quietly sit alongside the Ravens, but losing Tight End Tyler Eifert for the season is going to hurt.

Before we get into the pick, let’s take a look at the current odds to win the AFC North.

Man, the Steelers are lightning teams up on offense right now to the tune of 411 total yards per game, good for sixth league-wide. The problem is they are allowing 420.5 yards per game on defense, good for 30th.

The best next best offense in this division has been the Ravens, who just so happen to be the league’s second-best defense through four weeks. That’s a nice combination.

Cincinnati is 16th in offense and 29th in defense, not such a great combination. It’s going to be tough to continue to win games with a mediocre offense and a bad defense.

Lastly, the Browns certainly have a rejuvenated fan base after first overall pick Baker Mayfield entered their Week 3 Thursday night game against the Jets and led the Browns to their first victory since Week 16 of the 2016 season in dramatic fashion. That said, their Week 4 loss in Oakland was a tough pill to swallow.

So, who takes down what appears to be a real tight division? Call it crazy, or a gut feeling, or a longshot, but…

It will be tough to overcome that Ravens defense and climb over the Bengals and Steelers as well, but this Browns team has some things going for them for the first time in a while. I think they hold excellent value at these odds.

Pittsburgh and Cincy have brutal defenses, and the Browns are rolling on offense with Baker Mayfield under center.

Mayfield only has 64 attempts under his NFL belt, however, he’s averaging 7.8 yards per attempt, extremely similar to the yards per attempt of all three quarterbacks in this division. It looked early on that Sam Darnold is going to cakewalk into being the best rookie quarterback in the league this season, but Mayfield certainly had something to say about that after coming into their Week 3 win over the Jets and stealing the Browns’ starting gig.

Mayfield has an explosive receiver at his disposal in Jarvis Landry. Landry already has two 100-yard games under his belt through four weeks and is averaging 13 yards per catch. He’s certainly been as advertised as a difference-maker at wideout.

The ground game has been good as well as Carlos Hyde has run tough and ranks sixth in rushing right now while he’s found the end zone five times which ties him for first among running backs alongside the Saints’ Alvin Kamara. It appears there is upside in the both the Browns’ passing and rushing attack.

Myles Garrett appears to be coming into his own on the Browns’ defense lines as his 4.5 sacks so far ranks him fifth in the league right behind some of the best defensive ends in the NFL such as Demarcus Lawrence, Khalil Mack and J.J. Watt.

The Browns sit 25th in team defense through four weeks, but they’ve held some dynamite offenses mostly in check, especially compared to how those offenses have torched other teams. Cleveland allowed only 21 points to the league’s sixth-ranked offense against the Steelers, 21 points to the league’s fourth-ranked offense against the Saints in New Orleans and held the Jets to 17 points in their lone win on the year. They took a step back while allowing 45 points at Oakland in Week 4, but they also scored 42 themselves.

For the first time in years, the Browns have things going for them on both sides of the ball. A team like the Steelers cannot say the same thing as they’ve been among the worst defenses in football, as have the Bengals.

This is still a wide-open division and the Browns are feeling real good about themselves right now. Confidence is a scary-good tool in this league and I think there’s every reason to see value in taking the biggest underdog in this division to march their way to an NFC North crown.