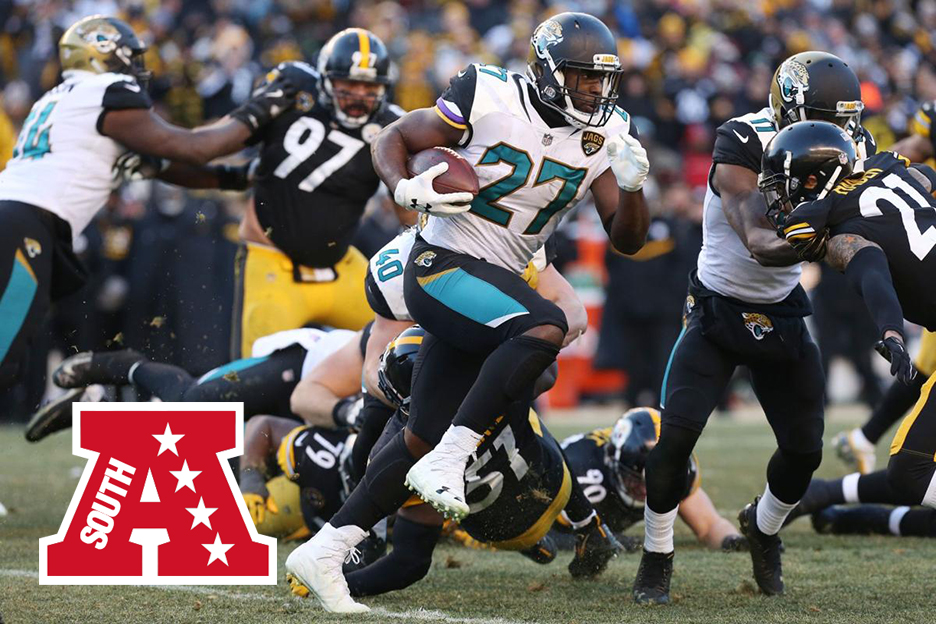 We are through just three weeks of the NFL season so far, however, things are starting to take shape in terms of the teams who are clearly contenders and those who will not be contending.

Still, it’s never a bad time of the year to look at some NFL futures and lock in some odds that are rather attractive.

The AFC South certainly has one team that doesn’t appear to be contending in the form of the Houston Texans who are winless through three weeks. The Colts have Andrew Luck back in the fold, however, they haven’t been able to take advantage as they have been one of the worst offenses through three weeks as they sit at just 1-2.

The Jaguars and Titans have already played one head-to-head game, a low-scoring affair that resulted in a 9-6 upset road win by the Titans. These two teams figure to duke it out for AFC South supremacy for the remainder of the season.

Before we get into our pick, let’s take a look at what the current odds are for the four clubs, courtesy of BetOnline.

I’m entrenched in the belief that this is firmly a two-team race. Houston’s 0-3 start is disastrous for their division-winning odds. The Colts have won a game in impressive fashion at Washington, however they will need much more from Andrew Luck down the stretch to have any shot.

At the end of the day, I’m looking at the Jaguars or Titans in this division, and for me this is an easy one

Despite the -175 odds I think there is some nice value here with the Jaguars. In fact, the home loss to Tennessee helped keep these odds at a very reasonable level before Jacksonville goes on to win this division, giving bettors one more week to extract some value.

Blake Bortles is better, but don’t’ kid yourself, this team is going to win on defense.

The Titans may have won their Week 3 tilt, but it’s safe to say that Jacksonville will win more games than they lose when they allow nine points. This is truly one of the best defenses in the NFL right now, especially so if they can fine tune their rushing defense.

Jacksonville is the league’s third-ranked pass defense after three weeks, which is why they were able to hold Tom Brady to just 234 passing yards in their Week 2 victory over the Patriots at home. Of course, the trash-talking Jalen Ramsey is indeed one of the top corners in the game which helps Jacksonville rank fourth with just 6.1 yards against per passing attempt given the fact their top receivers are largely unavailable with Ramsey all over them.

Only the Los Angeles Rams have allowed fewer than the 44 points Jacksonville has surrendered so far, with the Redskins also allowing 44 points through three games.

When looking at total defense, only the Ravens, Redskins and Cowboys have allowed fewer yards per game than the Jaguars’ 286.3.

I’m not disregarding the Titans’ defense, either. Tennessee ranks 12th in total defense on the season and their effort in Jacksonville in Week 3 was clearly legit.

That said, I’m still waiting for Tennessee to face a good offense.

Sure, the Miami Dolphins are 3-0, but Ryan Tannehill’s group ranks 23rd in total offense. While the Patriots are just 25th in offense on the season, there is something to be said about stopping Tom Brady, something the Jaguars have already done. The Titans will get their shot at number 12 in Week 10.

Jacksonville also held Eli Manning, Odell Beckham Jr., and Saquon Barkley at bay in a 20-15 Week 1 victory at the Giants. Tennessee has the Eagles, Chargers, and Patriots on their schedule over the next six weeks, so we shall see how they handle some top-tier quarterbacks and offensive weapons.

Lastly, we need to touch on the health of Titans’ quarterback Marcus Mariota. Mariota is dealing with an elbow issue, something that has limited the throws he can make. Mariota did not start the Week 3 win at Jacksonville, but was rather forced in due to a concussion suffered by backup Blaine Gabbert. Mariota threw for just 100 yards on 12 of 18 passing in more than three-quarters of action in the game. He’s not even close to 100%.

Can the Titans win this division without full health from Mariota? In my opinion, that’s highly unlikely.

If you want to add the Colts to this mix, I don’t see how their stagnant offense improves in two head-to-head matchups with Jacksonville, little own the remainder of their opponents.

I also don’t think we need to search for value in this division right now. I would be locking in the Jaguars at the -175 odds before they separate themselves from the rest of the division.