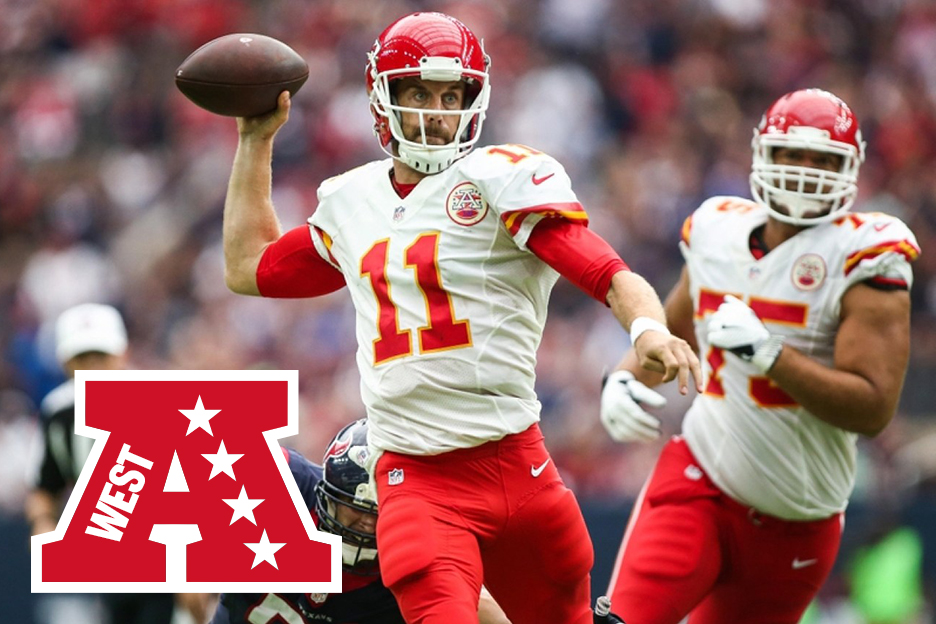 The NFL regular season is just four weeks young, and there we haven’t even scratched the surface on divisional races quite yet.

Still, if we find value in some season-long future plays, we simply have to take advantage. We will continue to track the division futures throughout the season and see if we can extract some value.

As we look at the AFC West, a few things stand out.

Patrick Mahomes has airmailed his Kansas City Chiefs to a perfect 4-0 record so far after Monday Night’s win over the Broncos. Mahomes and the Chiefs have been explosive on offense to say the least, but they have also been one of the worst defensive teams in football. Something to think about.

The Broncos are off to a 2-2 start with Case Keenum under center. This team is historically excellent at home in September, but things get dicier from there out on. Still, they are very much in the conversation.

The Los Angeles Chargers are just 1-2, however, they’ve had a tough schedule so far with games against the Chiefs and at the Rams. They look good on offense and their remaining schedule looks rather favorable.

The Raiders are 0-3 and will be fortunate to even get a sniff at this division race moving forward.

Let’s take a look at how the odds currently sit within the AFC West, courtesy of BetOnline.

There are a few divisions where a couple of bets make sense, and the AFC West is one of them. Of course, there is the heavily-favored 3-0 Kansas City Chiefs and a couple of teams in the Chargers and Broncos that are capable of making a run. At the end of the day, it’s going to be a tough to knock off the Chiefs and their high-octane offense.

Still, I want to highlight a couple of bets, one of which I think still holds plenty of value at this point.

There is a reason the Chiefs are heavily favored here, and there’s a real good chance that they win this division, especially considering they are already 1-0 against the Chargers and Broncos within this division, giving them a leg up in tie-breaking scenarios.

After years of a conservative offense under the guidance of Alex Smith, the gun-slinging Patrick Mahomes has unleashed havoc on the rest of the AFC so far. Mahomes ranks 12th in the league with 1200 passing yards on the season, however his 8.7 yards per attempt ranks fourth while his 21 completions of 20+ yards has him ranked second. He’s also at the top of the list with 14 touchdown passes. Add it all up and Mahomes’ 126.5 passer rating is the second-best mark in the NFL, just behind the Rams’ Jared Goff’s 127.3 mark.

After leading the league with 1,327 rushing yards in 2017, second year back Kareem Hunt has been explosive again this season, which is why this Chiefs offense is giving opponents all sorts of trouble. Hunt’s 71 totes ranks fourth in the league and his 289 yards ranks 5th. The Chiefs are getting things done on the ground and through the air, a nightmare scenario for opponents.

Where I get concerned about the value of this play is on defense. Sure, the Chiefs lead the NFL with 145 points scored on offense. However, the 115 points they’ve allowed on defense ranks 25th. They’re allowing a whopping 451.8 yards against per game, the worst mark in the entire league.
Bottom line is you pick a defensive category, and there’s a very good chance you find the Chiefs near the bottom.

Can a team win a division while giving up the most yards in the league? Well, it’s not the best division in the league, so perhaps. My thinking is the Chiefs will clean up their defense to a respectable level while remaining lethal on the offensive side of the football.

If you want to take the Chiefs at -400 I don’t blame you at all. However, that defense is likely going to have to improve if they have Super Bowl aspirations.

The Broncos have quietly went about their business through the first four weeks of the season, starting off 2-2 and nearly handed the Chiefs their first loss of the season on Monday.

The Broncos are a balanced team so far, ranking 13th on offense and 17th on defense through the first three weeks of the season. Case Keenum hasn’t lit the world on fire in his first season in Denver. However, the Broncos feature two rookie running backs who are getting the job done.

Philip Lindsay has been the biggest surprise so far this season as he leads the team with 267 yards on the ground while adding another 45 through the air. He’s more than surpassed expectations as an undrafted rookie out of Colorado.

Lindsay has edged fellow rookie Royce Freeman in rushing attempts who the Broncos took in the third round out of Oregon. Lindsay’s 45 carries is one tick above Freeman’s 44, but Freeman’s done well with 219 yards and an average of 5.0 yards per carry.

The ground game is certainly getting the job done in Denver while the defense has held up its end of the bargain aside from their Week 4 loss to Mahomes’ Chiefs.

It’s certainly a steep uphill climb in this division, and that goes for anyone not named Kansas City. It doesn’t help that the Broncos are already behind the 8-ball with Monday Night’s loss. Still, they get their rematch relatively soon and two of their next three games are against weak Jets and Cardinals teams.

It’s a long shot, but I think the Broncos can still give Kansas City a run for their money in this division, especially if their Week 4 nail-biter was any indication.