Are the Avalanche Stanley Cup Contenders? 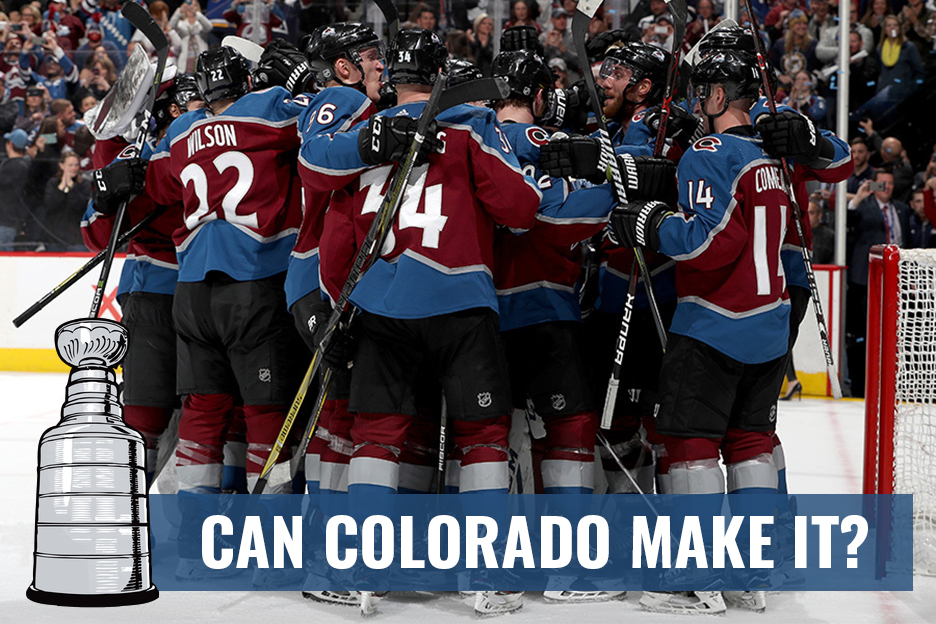 October is a fun month of hockey.

Teams are still starting to get to know each other and new additions are looking to gel and find chemistry with their new clubs. It’s also the highest-scoring month of the season on an annual basis as defensive systems and special teams aren’t exactly played out to perfection at this point.

Every year, we also get some teams who come out the gates hot as establishing themselves as contenders, one of which is the Colorado Avalanche so far in 2018.

The Avs did the remarkable last season when they went from a last-place finish in the 2016-17 season to a postseason team the next year, a rare occurrence to be sure. That said, the Maple Leafs did the same thing the prior year.

Nonetheless, the Avalanche were projected to take a step back from their 95-point season last year as Vegas had their point total set at 89.5 for the 2018-19 campaign.

Well, clearly Colorado doesn’t care much about preseason expectations, nor should they, as they have jumped out to a 6-1-2 start to tie the Nashville Predators for the league lead with 14 points while their +13 goal differential is the best mark in hockey.

We’ve seen teams come out hot and crumble plenty of times. The Avs play in a division that contains the two best teams from last year in the Predators and Jets while the Wild, Blues, Stars, and Blackhawks are no pushovers. The Central is a very tough division.

We’ve also seen teams outperform for the long-haul, as per the Vegas Golden Knights of last season.

So, this begs the question: Are the Colorado Avalanche Stanley Cup contenders?

Prior to the season, Vegas had Colorado pegged at +4000 to win hockey’s ultimate prize. Thanks to their hot start, the Avalanche now sit at +2000 (Bovada) to win the cup. That’s quite a big jump in three weeks.

Clearly, they have one of the best lines in the entire NHL as Nathan MacKinnon, Mikko Rantanen and Gabriel Landeskog have combined for 43 points in a combined 27 games this season. Since they’ve actually played just nine games as a team, this line is scoring 4.78 points per game.

We knew this line was good as MacKinnon nearly won the Hart Trophy last season, but they’ve been even better to kick off this season.

A couple of quiet offseason moves are also paying dividends for GM Joe Sakic. The former Avs superstar went out and signed veteran defenseman Ian Cole and traded for backup goaltender Philipp Grubauer after his best season in Washington.

While Grubauer has seen just three starts, he owns a solid 2.68 GAA but also an impressive .925 Sv%. You aren’t going to see much of Cole’s contribution on the scoring sheet, but he ranks third in the entire league with 24 blocked shots on the season while being a huge piece of a penalty kill that ranks third with a 90.5% success rate on the season. Cole is logging a whopping 4:22 of short-handed ice time per game. 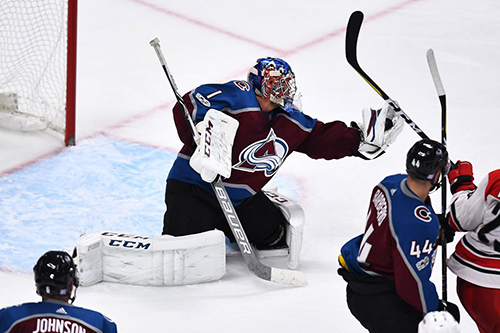 With good defense usually comes good goaltending, and that has certainly been the case with starter Semyon Varlamov. Some wondered if Varlamov would fall into a timeshare with Grubauer in his free agent year, however, it appears the Russian has no plans to give his crease to the German.

Varlamov owns a stout 1.64 GAA and a .953 Sv% in six starts this season, both of which are the best numbers among goaltenders who have made at least four starts. He’s certainly setting himself up for a nice contract next season, whether it comes from the Avs or not.

I’m also keeping a close eye on how Colorado plays on the road this season, and obviously, the early returns here are good.

These splits don’t exist in the early going this time around. Colorado has scored exactly 3.67 goals per game both at home and on the road while they are a top three defensive in both areas to boot.

A team has to make their own building a difficult one to play in to win, but they also need to win consistently on the road to become a true contender in this league.

They’re playing with speed and skill up front. Their defense is a lot deeper than most people give them credit for and their goaltending has been more than up to the task so far this season. Perhaps the Avalanche could beef up their lineup with some playoff experienced scoring as the season moves along, but this is one of the very best teams in hockey right now.