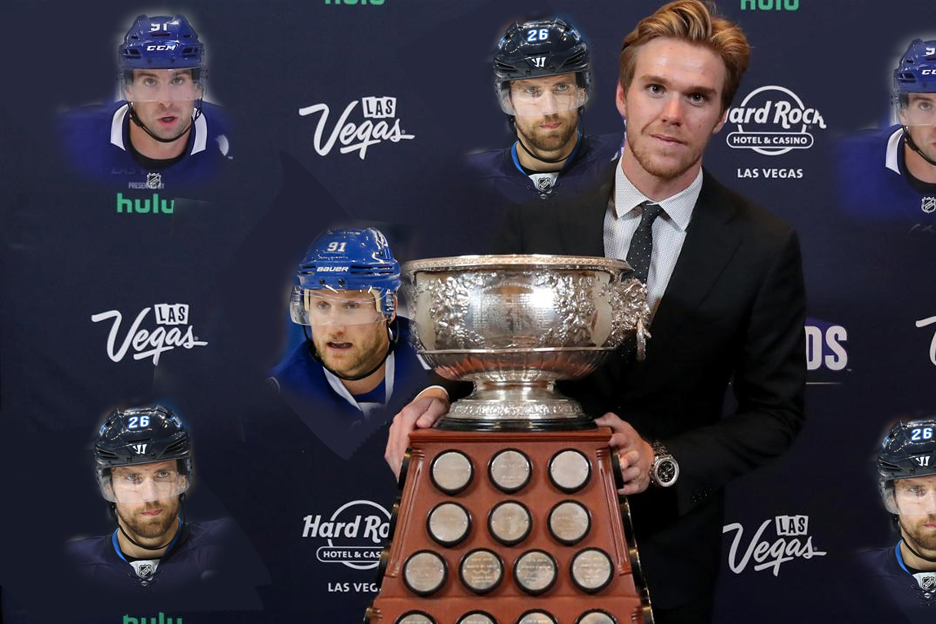 For a while, the NHL points leader was a race limited to just a few players, or even one player during Wayne Gretzky’s prime years while with the Edmonton Oilers when he won the Art Ross Trophy seven straight seasons beginning in the 1980-81 campaign.

Gretzky and Mario Lemieux traded scoring titles for a few more years until Jaromir Jagr won it five times in a seven year stretch while teaming up with Lemieux in Pittsburgh.

Beginning in the 2002-03 season, however, the race become more wide open. For the next 13 years, the trophy was won by 10 different players. The parity and competitiveness across the league was showing through.

Now, we’re back to one player who is overwhelming favored to lead the league in points on an annual basis, and he too plays for the Oilers.

Connor McDavid has won the Art Ross in back-to-back seasons and is 23 points clear of the second place player over that stretch. As per Bovada, McDavid is a +150 massive favorite to win the award again this season, with Sidney Crosby the next favorite at +800.

Like we have done with other award predictions, I want to suggest a player from each tier of odds in case you want to sprinkle some money around the board.

That said, we know McDavid is a massive favorite at this point, so we will not be including him in the suggestions as it’s blatantly obvious he is a solid pick. In other words, players that can win the award if McDavid is injured or regresses for whatever reason.

First, let’s check out all the players listed at Bovada along with their odds.

Clearly, we have some choices here. That said, there are a few players that I have my eye on in terms of providing some nice value at their odds. It’s probably best to sprinkle some cash around the board here, but either way, here are my top picks as I attempt to grab a player at each tier of odds.

Tavares has been a superstar in this league for many years at this point, however his career high in points is just 86, which falls under the McDavids, Crosbys, Kucherovs and Malkins of the world, among others.

However, I’m not sure Tavares has ever played alongside someone with as much skill as he will in Toronto in the form of Mitch Marner. Marner has looked unbelievable in the preseason in terms of his creativity and hockey IQ, giving Tavares one of the best right wingers in the Eastern Conference at his disposal.

The good news for Tavares is he gets Marner along his side at both even strength and on the Leafs’ top power play unit. Toronto is going to load up the first power play unit and stack Tavares, Marner, Auston Matthews, Nazem Kadri and Morgan Rielly all on the same unit. Considering the Maple Leafs finished second to the Penguins with a 24.9% clip on the power play last year, thanks to Marner, it’s more than reasonable to think this five-man group can exceed that lofty rate this season.

Toronto is going to be one of the top offenses in all of the hockey again this year after finishing in a third-place tie last year. The Eastern Conference style of play lends itself to more offense than the west, evidenced by seven of the top eight defenses last season residing in the Western Conference.

Add it all up and Tavares has a lot of factors working in his favor in his first season in blue and white, and it could lead to his first career Art Ross Trophy.

Nikita Kucherov is ahead of Stamkos in terms of odds on this list, but the two superstars are on the ice for essentially every shift with each other, so I will roll the dice a bit and nab Stamkos and his more valuable odds over last year’s 100-point getter.

Last season, Stamkos racked up 86 points in 78 games, however for the first time in a long time his point total was greatly tilted towards assists. Stamkos scored 27 goals and added 59 assists, the latter of which comes from skating alongside a player in Kucherov who bagged 39 goals. That said, that goal total is very low by his standard, especially considering he once scored 60.

When Stamkos shoots the puck, it’s usually a high-percentage shot. He has a career shooting percentage of 16.7% which is high compared to his superstar peers. However, his shooting percentage was just 12.7% last season, obviously well below his career average, something that helps explain a drop in goal scoring.

There is also the fact that Stamkos will be the top center again on another team that will compete for the NHL’s top offense. Last year, Tampa’s 3.54 goals per game led the league by a mile. He also resides in the same conference and division as Tavares, so he too can benefit from some weaker defensive teams playing in the east.

Stamkos once reached 97 points, so he’s come close before. He’s going to rack up plenty of assists again this season, and his goal scoring should improve simply with more puck luck, but possibly by also shooting the puck more often as well.

At these odds and with his opportunity, Stamkos provides excellent value to win his first career Art Ross Trophy.

At the age of 31, Wheeler enjoyed his best NHL season last year, one that resulted in a career-high 91 points, largely on the back of racking up a league-leading 68 assists, tied with Philadelphia’s Claude Giroux.

Wheeler has long been a playmaker by trade as he has tallied more assists than goals every season of his NHL career. However, he has a career high of 28 goals and has racked up 26 goals in three of the last four seasons. He has also taken at least 225 shots in each of the last five years, so he isn’t afraid to put pucks on goal, either.

Like Stamkos, Wheeler fell under his career shooting percentage last season with a 9.4% mark as compared to his 10.8% career rate. Not a huge difference, but it’s also well under his 14.7% career high.

There are a couple things I like about Wheeler’s upside. For one, he plays on the top line of a dynamite offense alongside a superstar center in Mark Scheifele.

Two, Scheifele doesn’t take a ton of shots, but he’s going to score goals as evidenced by his 0.40 goals per game over the last two years. The assists aren’t going to go anywhere for Wheeler, especially when he skates on the top power play unit alongside Rocket Richard candidate Patrik Laine. Wheeler ranked second to Phil Kessel with 42 power play points last season.

The fact here is Wheeler notched 91 points despite finishing with the second-lowest shooting percentage over a full season in his career. Some improved puck luck could have Wheeler in the Art Ross race after finishing ninth in league scoring and eighth in points per game last season.

There are some solid plays at +5000 odds such as Jamie Benn, Tyler Seguin and Vladimir Tarasenko, however I’m going to skip ahead and land on Pastrnak as a huge underdog to lead the league in points.

If last year’s postseason was any indication, this guy can play. At just 21 years old when the playoffs began, Pastrnak racked up a whopping 20 points in just 12 postseason contests. His six goals in those 12 games came on a very reasonable 13.6% shooting percentage, so that number appears very real as opposed to a Mark Scheifele-type postseason whose playoff surge came on the back of a massive 31.1% shooting percentage.

Clearly one of the brightest young stars in the game, Pastrnak notched 35 goals and 80 points in 82 contests last season. He plays on an elite top line with Brad Marchand and Patrice Bergeron, two players who also reached the 30-goal plateau last season. They will also be doing the heavy lifting for the Bruins’ offense this time around.

Boston was the league’s sixth-ranked offense last season while their power play checked in at fourth with a 23.6% clip. There’s not much reason to believe either of these areas will see a dramatic decrease this season, however the lower-body injury to Tory Krug doesn’t help the power play much.

Clearly, he plays on a line that spreads the wealth. It might be tough to outscore Marchand, as he ranked fourth in points per game last season, but there’s no way we have already seen the ceiling for the youthful Pastrnak yet. Postseason hockey is the most difficult time of the season, and he passed with flying colors. He’s just going to get better, and he’s in the right conference to produced points (see a trend here?).

At the end of the day, his odds give him oodles of value upside and I think he can throw his name into the scoring leader hat if he can build on last year’s impressive postseason run.