College Football Bowl Underdogs to Bet Straight Up This Week 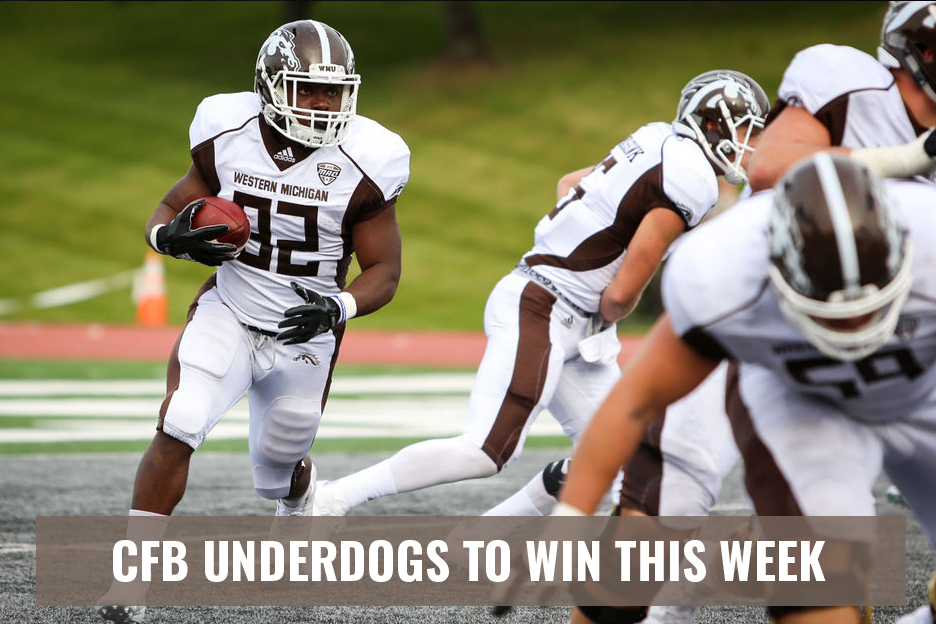 When it comes to picking underdogs in the college football bowl season, there are plenty of opportunities to strike big.

That’s why when a lot of bettors wager the spread in the favor of the dog, they also throw in a little on the line as well. Because the number of underdog covers that win outright is very high.

So today I’m going to look at a few underdogs you should watch out for to win straight up this week. There are plenty of close spreads that could almost as easily be even odds. But you can grab the underdogs as value bets instead.

In these bowl games, there are plenty of advanced statistics to pour over. But the level of motivation, trends, momentum, coaching changes, injuries, and players skipping bowl games to prepare for the NFL are all things that could sway the final score.

So here’s a look at what underdogs could benefit from this formula. You can find all of these spreads and money lines listed on Bovada.

One of these teams just beat an in-state rival with a winning record by 52 points. They should be getting back their 1,000-yard, No. 1 receiver from injury. Their new QB has eight touchdown passes so far against three bowl teams.

The other team just blew their chance to take down an elite team by being torched defensively. They are playing a far less motivating matchup here and just found out their best player is skipping the game.

So Wake Forest and Memphis, respectively mentioned above, are on different ends of the spectrum. But talent-wise, they really aren’t.

Memphis, even without All-American running back Darrell Henderson, will have a strong ground game led by Patrick Taylor Jr. But it’s still a major blow for coach Mike Norvell, who is still looking for his first bowl win the third time around with this team.

This was an offense that picked up the slack for a defense letting up 30 points or more in seven contests this season. 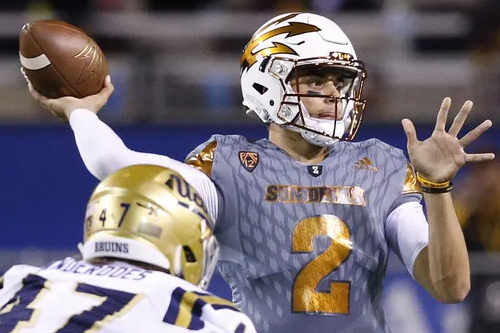 Brady White is a capable QB that can add some balance to the offense to keep them scoring. But 10 of his 25 touchdown passes came against FCS Mercer and lowly Georgia State. He disappeared in big games versus UCF, Missouri, and UCF again. His game against Houston wasn’t a quality one either.

I still think this team scores close to 40 points in this game. But losing over 2,200 yards and 25 touchdowns of production from Henderson is a big loss in this one and only afflicts their motivation in playing the game.

On the other hand…
Wake Forest has finally found a little more explosiveness on offense. They were hungry to earn a bowl berth and it showed by putting up 59 on Duke and showing they have the capabilities of winning a shootout against a team like this.

Their suddenly hot offense is matched up against a defense ranked 96th against the pass. QB Jamie Newman is no Drew Lock (Mizzou) or McKenzie Milton (UCF). But he’s been on fire for the most part since replacing Sam Hartman (foot), beating Duke and NC State in the process.

If he gets Dortch back, the Demon Deacons have everything they need to blow this Memphis defense out of the water.

The Birmingham Bowl between these two teams is scheduled to start at noon (EST) on Saturday.

Neither of these teams are feeling too good about themselves right now going into the Dollar General Bowl (Saturday, 7:00).

Troy’s offense got manhandled for the better part of their last game against Appalachian State. But Mountaineers proved they were likely the best non-UCF Group of Five team in their destruction of Middle Tennessee last week.

As for Buffalo, they were defeated in a heartbreaker against NIU. They lost their chance at a better bowl since with their MAC Championship loss, but still, have to play a top-10 Group of Five defense that has four players with at least nine tackles-for-loss.

Against an O-line ranking only 78th in stuff rate (plays ending up at or behind the line of scrimmage), this could be a doozy for them. Buffalo has at least been solid protecting QB Tyree Jackson, but that’s a big component (14th in sacks allowed) that the Trojans match (14th in sack rate).

This is a wide-open Buffalo offense playing a team that in recent years has been all about boxing offenses in. Having 17 interceptions–the 7th most in the nation–also helps Troy’s disruption factor.

Though Tyree Jackson is a talented QB, he hasn’t been in the groove recently. He has only four touchdowns in his last four games, with a completion rate at an ugly 50% and an average of 157.5 passing yards. He also threw three picks.

And Troy is not a team to give up big plays like Buffalo relies upon to win games. That’s another strength of the Bulls that the Trojans match. And with Jackson—the MAC offensive player of the year—struggling to complete passes, turning to the run game more is imperative.

Only, the defense of Troy is 15th against the run. Once again, Buffalo hits a roadblock and will be forced to play a much tighter game.

But what about the Trojans on offense? After all, they got shut down by App. State.

While that was the case, they also scored 35 points or more in half their games. They dropped 35 on a Georgia Southern team that usually hogs possession and was 16th on defense against big plays. So the fact they were so efficient in such little time shows they do have the potential to light up the board.

Buffalo gives up only 24.7 points per game, but that number jumps to nearly 35 when playing a .500 or better team.

Getting QB Sawyer Smith back into form will be tough. But Troy, more than anything, wants to keep possession and out-muscle the Buffalo defensive front. The Bulls are 80th against the run and Troy is 8th in power success.

A 12-point underdog is always going to be a hard sell. But it’s safe to take the route of putting your big number on the spread and sprinkling a little on the line here.

BYU has gotten by on the presumption that they were a massive hit-or-miss team in the regular season. The thought is that sometimes they played great against highly-ranked teams and then came back to play down to lesser opponents.

But the 6th-ranked Wisconsin team they beat ended up being fraudulent and only compiled seven wins. Their “big” win over Arizona to start the season ended up coming against a team that didn’t make a bowl game.

The only other above .500 team they beat besides the Badgers was Hawaii, who only won one game against a team with a winning season. They were also starting a four-game losing streak. So no one should just assume BYU has so much more potential to dominate this matchup.

Western Michigan was struggling mightily over the course of November. But they beat the MAC champions, Northern Illinois, at the end of the year and finally have offensive momentum now that they’ve scored almost 70 points over the last pair of games.

The Broncos defense finally gained some momentum too by allowing only 21 to NIU. They had cost Western Michigan a few games earlier in the year. They face a Cougars team 94th in scoring and 108th in explosiveness. They’re also 84th in sack rate.

That pretty much takes care of any concern the Broncos have about rushing the QB and keeping BYU contained. Those were big problems for a defense who was the 4th-worst in their conference.

It’s shaky relying on a freshman, Kaleb Eleby, at quarterback too. But he’s given this team a boost with nearly a 65% completion percentage through four games. He was replacing an injured Jon Wassink.

With that sort of efficiency, Western Michigan will be much better off keeping drives alive against a team that gives up very few big plays. Consistently chipping away at the Cougars is the name of the game.

And with RB LeVante Bellamy (1,172 yards, 6.2 average) playing his final game and a great short-yardage unit up front, the Broncos will fair much better physically than most of BYU’s previous opponents.

It also helps that the Cougars’ sack leader, Corbin Kaufusi, was lost to a knee injury.