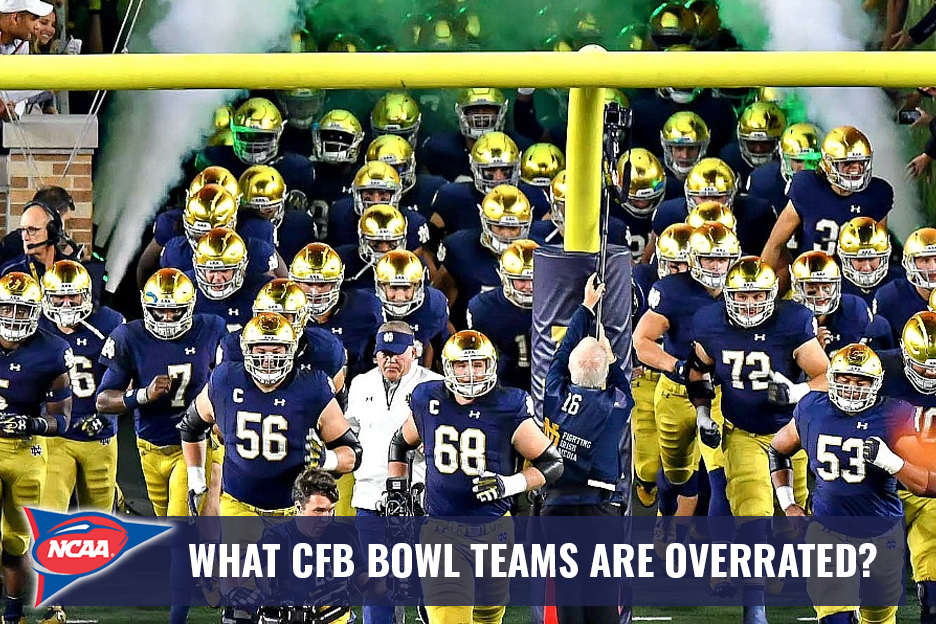 The college football season has flown by as all great things tend to After looking at the most underrated teams in college football’s bowl season, now is the time to look at the other end of the spectrum.

These overrated teams are not failures by any stretch of the imagination. In fact, the three biggest names on this list exceeded expectations and could be back to being regular contenders every year. But in terms of this bowl season, they might have gotten a little too high of a position.

With these group of teams, I’ve also sized them up against their opponents. They’re not necessarily outmatched and often are big enough underdogs that a bet against them might be a tougher decision than first presumed. But Vegas also leaves a window of opportunity for a couple of these games.

All the spreads for these games are listed with their respective team. Each spread is brought to you by Sportsbetting.ag.

So, without further ado, I’ll start with an overrated but steadily rising program regaining old glory in The Swamp. 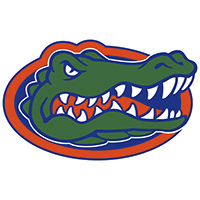 Dan Mullen has already passed with flying blue and orange colors in his first year as Florida’s head coach.

The Gators are 9-3 a season after collapsing to 4-7. They beat three of their four biggest rivals. Really, the only major hiccup they had was losing badly to Missouri. Their talent was utilized properly for the first time in a long time.

Still, the numbers tell me this team isn’t quite a New Year’s Six bowl team, even though they are playing in one of those games. They’ll be squaring off against Michigan (10-2) in the Chick-fil-A Peach Bowl (12/29, 12:00 EST) as 7 ½-point underdogs.

Florida did continue its string of success on defense this year. In games against Mississippi State and LSU, they flashed sheer brilliance. But it wasn’t exactly a dominating unit against better quarterbacks and still finished at only 29th in FEI defense and 26th according to S&P.

I say “only” because this is still very much the strong point of this team. The run game has been a blessing for most of the year, but that may not help them much in this game.

While Michigan is certainly not as good as many hyped them up to be before the Ohio State game, they match up well with Florida defensively.

The Gators rely on getting most of their yardage on the ground. Michigan is particularly sound stopping the run between the tackles with an incredible front-seven. That could easily stall Lamical Perine and Jordan Scarlett’s production. 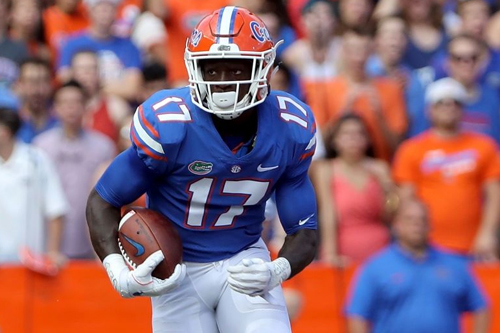 Spreading out Kadarius Toney all over the field could do wonders for them. But this is a fast defense that brings plenty of pressure. And Florida’s quarterbacking situation against such pressure isn’t a very good one.

Feleipe Franks has taken strides this year as a redshirt sophomore. But he’s still liable to make a couple terrible decisions with the ball in any game and is still having trouble stepping up in the pocket and going through his reads. He has a tendency to bail from the pocket when pressure isn’t near him and get himself in trouble because of it.

Michigan may not be able to fluster him as much as they did last year in a 33-17 win over UF. But unless Franks takes another huge leap before the bowl game, he will still weigh down the offense.

Louisiana-Lafayette’s season is a perfect example of why there are too many bowl games.
Having the AutoNation Cure Bowl (12/15, 1:30) is often a good game and supports an even greater cause. And Louisiana did win seven games and somehow went to the Sun Belt Conference Championship. But they are nowhere near being a proper bowl team.

They beat two non-FBS teams to start the year, including one by a field goal-difference against SE Louisiana.

Their tendency to break some big plays (12th in explosiveness) has been what’s gotten them this far. But their defense is ranked 111th overall by S&P and has been absolutely demolished by the pass this season.

The Ragin’ Cajuns’ run game is their bread and butter. It’s also often the only way they eat up yardage.

Their opponent in the Cure Bowl, Tulane, is a top-40 team against the run. They may not be much better overall according to FEI and come in as only 3 ½-point favorites. But if they match up well with the only strength Louisiana really has, they’ll probably do well for themselves. 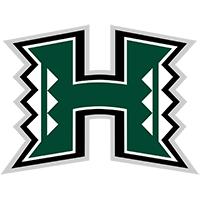 The Rainbow Warriors had a hot start to their 2018 campaign. But that’s about all that should be applauded now even after winning eight games.

Hawaii’s early-season wins against Colorado State and Navy looked impressive at one time until those teams went 3-9 and 3-10 respectively. They have exactly one win against an FBS team over .500, a one-point win over San Diego State.

The eight wins look good and finishing second in their division doesn’t seem all that bad either. But Hawaii is ranked 103rd by FEI and 100th in the S&P standings. That’s an even worse average than Louisiana Lafayette had.

Besides a close (28-21) loss to Army early in the season, they’ve been destroyed by pretty much every quality opponent they’ve played. BYU, Fresno State, and Utah State beat them by a combined 95 points. 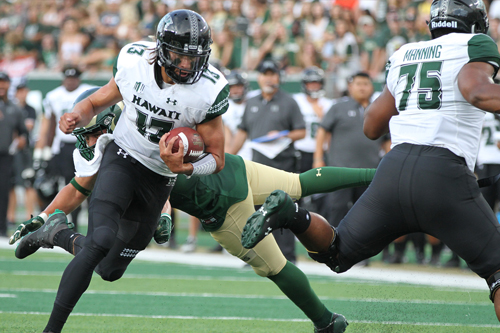 Their quarterback Cole McDonald was the poster boy for their early-season success. He had 1,165 yards passing for 13 touchdowns and no interceptions after only three games. That set him on pace for numbers that could only be topped by another Hawaii QB, Colt Brennan, in a Heisman-nominated 2006 season.

Of course, that pace gradually fell off, as did the team itself. He now has only six TD passes in his last four games compared to five interceptions. Two of those games saw him complete less than half his passes.

This team is as one-dimensional as they come too. Their most dominating player on defense, Kaimana Padello, has 11.5 tackles for loss but only 22 overall tackles. Their leading rusher, Dayton Furuta, has 450 yards. McDonald has the most carries on the team and only averages three yards-per-carry.

It’s easy to see why the 118th ranked S&P defense was put up against such a horrendous Tech offense for bowl season. But the Bulldogs aren’t too shabby against the pass (49th) and are surprisingly a one-point underdog. 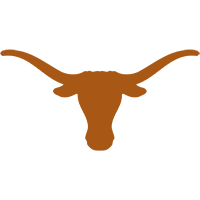 I know there’s some rule saying the Big 12 title loser goes to the Sugar Bowl. But having a four-loss team there that lost to West Virginia at home and has a worse record than West Virginia is just sad.

It’s almost as if that epic West Virginia win over Texas, where they went for two at the end of the game, didn’t even count.

Because the committee and the Sugar Bowl also clearly wanted Texas in the game for the profits their fans bring. And they got exactly what they wanted by also hosting Georgia, another team whose fans travel well.

A lot of money will be spent on tickets and hotels. But as far as the game goes, with any amount of focus, Georgia will win handily.

They have no excuse for playing down, even if they think they should be in the College Football Playoff. Texas is a blue-blood program and beating them to close the year and presumably Notre Dame to start next year would be huge for them.

With that said, I don’t think Texas is anywhere near them in terms of talent right now. They aren’t necessarily a team like Oklahoma and West Virginia, who can all but guarantee points against any defense.

And while they are better equipped than most Big 12 teams on defense, they’ll be dealing with one of the most well-rounded and physical offenses in the country.

Currently, Texas is just barely inside the FEI top-25 (24th) and has a losing record against top-50 teams. They’re way back in 36th when judged by S&P, sitting behind Temple and North Texas, among others.

The Longhorns are equipped with one major playmaker offensively in WR Lil’Jordan Humphrey. He’ll face the best CB he’s ever played in his life in future 1st-round NFL draft pick and All-American, Deandre Baker. And if Texas doesn’t match up great there, they don’t really match up well anywhere.

Their best defensive stat is that they’re 34th on defending passing downs (2nd downs of eight or more yards and 3rd/4th downs of five yards or more). But Georgia ranks 3rd offensively on those downs. Bulldogs’ QB Jake Fromm is the biggest reason why Georgia was on the brink of beating Alabama.

There’d be only two ways for Texas to win a game like this. One, they’d whether have to out-muscle them offensively. Or they’d have to hold them back on the other side the ball until they broke off a big play.

But being as overrated as they are, they aren’t particularly good at either. Their run game is ranked 93rd and their O-line’s power success (short-yardage situations) doesn’t exceed Georgia’s defensive success in this area.

And in terms of explosiveness, the Longhorns are ranked 110th. That’s not going to get them anywhere.

They may be 10 ½-point underdogs. But that number is only there to see if the Bulldogs have a hangover from the SEC Championship. If they don’t, they’ll at least win by two touchdowns. 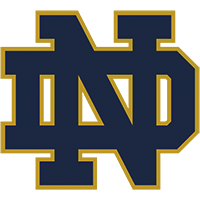 You knew this was coming, but I wasn’t sure if I would add them or not. Then I went through their numbers.

Sure, everyone can just look at the other three CFP teams and know they’re better than Notre Dame. They can look at Georgia and see the same thing. But the Fighting Irish followed the system, played plenty of powerhouse programs that happened to have off years, and never lost.

Having a schedule including Florida State, Virginia Tech, Stanford, and USC is 19 out of 20 years a tough slate. So you can’t blame Notre Dame. But they’re still overrated for where they’re playing.

This is a team that beat a five-win USC, six-win Vanderbilt (home game), and four-win Ball State (home) all by eight points or less. On the flipside, they did beat a top-10 Michigan team and destroyed a top-25 Syracuse squad.

But look at the S&P rating for each playoff team. Alabama is 2nd on offense and 8th on defense. Clemson is 7th and 1st. Oklahoma is 1st and 89th on defense, but so good on offense that it tips them to 4th overall.

The Irish are not only behind all three of those teams in overall S&P, but also behind Georgia and Michigan. FEI has their percentage closer to UCF than it does Oklahoma.

The only thing that’s the least bit intriguing about their matchup with Clemson (11-point favorites) in the Cotton Bowl is the fact the Tigers have yet to play anyone of significance besides maybe Syracuse. But Notre Dame still had the 85th-ranked strength of schedule this year too.

PLEASE NOTE:
The best part about this team is their defensive line. But they’re 91st in short yardage situations, 58th in sack rate, and 58th at stuffing plays at or behind the line of scrimmage. Those aren’t exactly eye-popping numbers.

If they can’t win the trenches, they aren’t going to come close to winning the game. And good luck to them trying to win the dirty yards on the other side of the ball too, with the Tigers D-line leading the country in line yards allowed and opportunity rate, which literally calculates “the percentage of carries in which the line does its job.”

Those teams got beat in their semi-final games by a combined score of 97-20.