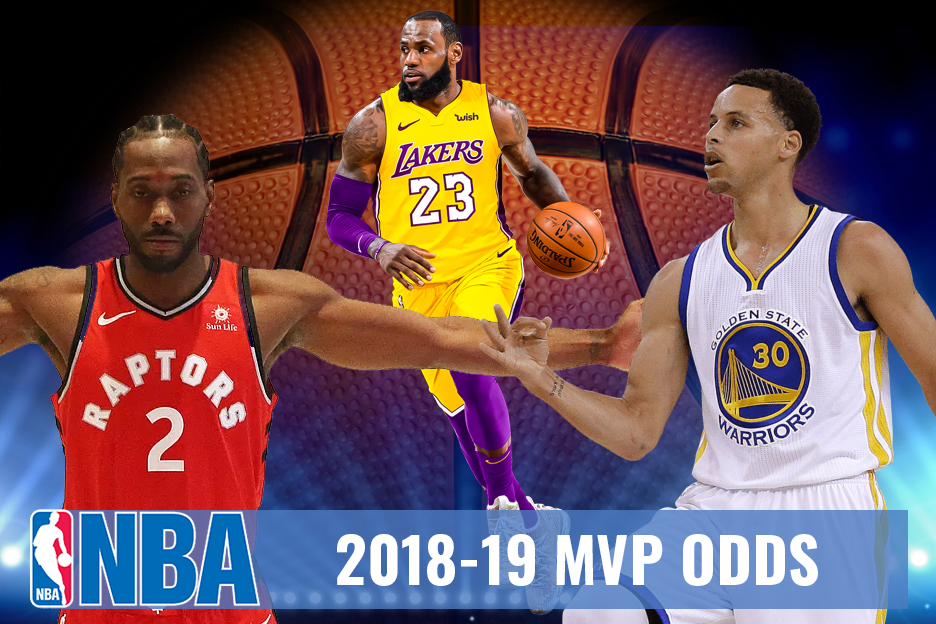 The season is still very young, but it’s never too early to lock in some NBA futures bets.

There seems to be a little more parity in the league this season with the Warriors struggling by their standards while one of the Eastern Conference favorites in the Boston Celtics are also scuffling and find themselves slipping into the middle of the pack.

Therefore, this MVP race opens up a bit. We don’t have Steph Curry or Kevin Durant dominating on a team that is on pace to set NBA wins records. LeBron James’ Lakers aren’t among the top teams in the west while every team in that conference has at least five losses. Every time in the east has lost at least four games. The seldom-seen NBA parity has reared its head in the league to this point in the season.

With no one particularly running away with this trophy early in the season, we can begin to search for some value. The favorite doesn’t seem all that attractive right now given the amount of basketball left to play and the long list of players who could march their way up the odds chart.

Courtesy of BetOnline, let’s take a look at their current listed odds for NBA MVP.

All the stars are there. They have to be, because you never know when their teams are going to go on a run. In fact, nine of the previous 10 MVPs are on this list with Derrick Rose being the lone exception as he won the award in the 2010-11 season with the Bulls.

LeBron James has won it four times and Steph Curry has two MVPs on his mantle. James Harden is the reigning MVP.

We certainly have our options. You have to think the award is going to be won by someone within the top six odds-wise. It’s simply going to be really hard to leap any of those players given their star power and the quality of their teams.

With that in mind, I have my eye on one player who brings some value on a team that has every chance to win their respective conference this season.

The Raptors still might not be getting the credit they serve south of the border, but this team is for real and I believe they indeed come out on top in the east despite the Sixers beefing up their chances with the Jimmy Butler addition.

As of the time of this writing, the Raptors are an Eastern Conference-leading 15-4 after rattling off three straight wins. Interestingly, Leonard’s biggest hurdle in this race could very well end up being Giannis Antetokounmpo as his Bucks are right on Toronto’s heels with a 13-4 record of their own and on an identical three-game winning streak at the moment.

Leonard is missing games due to schedule rest stops, as he’s only played in 13 of the Raptors’ 19 games this season. That could be something that hurts his chances, although stars are being rested more and more in today’s NBA. His real chance to win this award, however, will come later in the season when he will have the opportunity to power the Raptors to the first seed in the Eastern Conference

In the games that Kawhi does play in, he’s averaging 33.4 minutes per night, which ties the career-high he posted in 2016-17 with the Spurs. His field goal percentage is a little down this year at 47.5%, not a great number considering his 49.4% career mark.

However, when we look at the end results of points per game, the 24.2 points he’s averaging this season would be the second-highest mark of his career if the season ended today.

Of course, Leonard’s value certainly does not stop of offense. It’s at the other end of the court where he becomes a true MVP candidate.

The guy is simply smothering on defense. The Raptors, at 107.5 points against per game, are the third-best defensive team in the Eastern Conference. Their 8.4 average point differential is the second-best mark in the entire NBA behind only the Bucks. In other words, the Raptors are excellent at both ends of the floor, and it’s no secret as to why.

As much as this award is an individual accomplishment, the performance of a certain team is going to go a long way in determining the winner. Last season, Harden’s Rockets finished first overall and he won the MVP. Same with Steph Curry and his Warriors when he won back-to-back MVPs in 2015 and 2016. Kevin Durant’s OKC Thunder finished second overall when he won it in 2013-14, behind only Leonard’s Spurs.

Being the best player on the best team puts you in serious consideration for NBA MVP. It’s been the case in three of the last four years and plenty of times before that. Leonard isn’t going to lead the league in scoring and he’s not going to produce eye-popping offensive numbers.

What he does do is play both ends of the floor as well as just about any other player in this league. He’s been doing so for some time now.

It’s a worthwhile bet that holds plenty of value. I would lock it in today in case the odds slip.