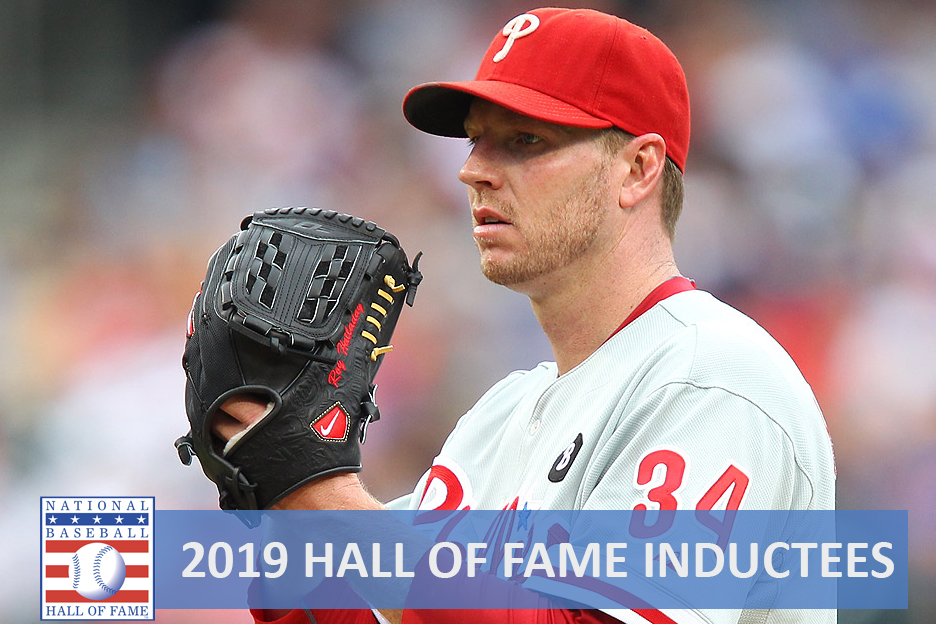 The MLB Hall of Fame induction announcement takes place in January of 2019, and there are four names that we can bet on in terms of their odds to get into the Hall at MyBookie.

Many pundits identify a trend of statistics or accolades that must be accomplished in order to get in. While that will be true among the voters as well, the reality is that a collection of the Baseball Writers’ Association of America (BBWAA) gets the final say when it comes to who gets in, who doesn’t and who remains on the ballot. While we could outline criteria, not everyone in the BBWAA has the same set of criteria. For more information on who gets to vote, check out this piece straight from the Hall of Fame website.

With that in mind, let’s go ahead and take a look at the odds for possible 2019 Hall of Fame inductees. 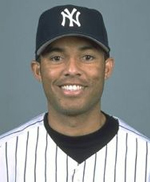 There is little doubt that Rivera’s credentials are more than Hall of Fame worthy, and I simply don’t see a way that the career-long Yankee doesn’t get into Cooperstown on his first ballot.

Her also holds what could go down as one of the most unbreakable records for a relief pitcher as his 652 saves are the most in MLB history, 51 more than second place Trevor Hoffman who was inducted into the Hall of Fame in 2018, his third year on the ballot.

Sure, Hoffman has to wait to get into the Hall, and in terms of a pure closer he is the closest comparable to Rivera. However, a closer look reveals Rivera’s resume is much more impressive outside of the saves department.

For one, Rivera was a 13-time MLB All-Star, and Hoffman made five appearances in the mid-summer classic.

That said, the biggest advantage Rivera has and the reason he is a shoe-in to get into Cooperstown in 2019 is those five World Series championships he won with the Yankees (1996, 1998-2000, 2009). Rivera also took home World Series MVP in 1999 when he pitched 4.2 scoreless frames over the Braves, recording two saves. He actually pitched 12.1 scoreless innings in that entire postseason, notching six saves in the process. Rivera also won the 2003 ALCS MVP against the Red Sox thanks to eight innings of one-run ball and a pair of saves. The Red Sox would get their revenge on Mo the next season, a comeback that will live in baseball lore for decades to come.

At the end of the day, there just isn’t a more accomplished relief pitcher in the history of the game. A career regular season ERA of 2.21 and eight season with an ERA under 2.00, Rivera is going to go into the Hall of Fame on the first try and deservedly so. 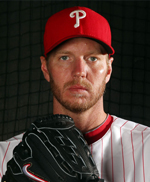 This one is difficult. Halladay was killed when the single-engine he was flying dove into the Gulf of Mexico near his Florida home on November 7th of 2017. That said, I think a posthumous induction is in the cards here.

The difficulty with this debate revolves around how long the voters will allow a recently deceased player to hang around on the ballot. There’s also no denying his credentials, although Halladay retired in 2013 without a World Series championship under his belt.

Halladay did take home the Cy Young Award in 2003 with the Blue Jays and again with the Phillies in 2010. When he retired, Halladay was the active major league leader with 67 complete games and 20 complete-game shutouts. Given the emphasis on limiting workloads and pitch counts these days, those are some mighty impressive numbers from Doc.

That 2010 season turned out to be even more historic than winning a Cy Young in both leagues. On May 29th of that year against the Marlins, Halladay hurled the 20th perfect game in MLB history. The feats didn’t stop there as Doc chucked a no-hitter in Game 1 of the NLDS against the Reds, which just so happened to be his first career postseason start. He was just the fifth pitcher in MLB history to throw two no-no’s in the same season.

He was the sixth pitcher in history to notch a Cy Young in both leagues.

It’s a tough call, but I am taking the BBWAA to honor the late Roy Halladay sooner rather than later. 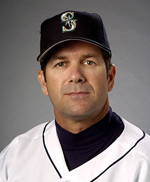 This one is a really tough one too because the value of a DH can vary from voter to voter. Clearly, some voters don’t believe in a DH being Hall of Fame worthy considering this will be the final year on the ballot and he topped out at 58.6% of the votes on the 2018 ballot, still well shy of the 75% required to get in.

That said, we need to consider that Martinez was named on just 27% of the ballots as recently as 2015, so in other words, his number has doubled in three years.

While the DH position is a scrutinized spot in terms of Hall of fame voting, perhaps some new-school voters would consider how good of a hitter he was and the incredible WAR numbers he produced in his career. Given the extreme usage of sabermetric stats in today’s game, the WAR figures have to be considered.

For instance according to Baseball Reference, Martinez posted a 68.4 career WAR. There was a player voted into the Hall of Fame in 2018 with a 68.7 career WAR, and his name is Ivan Pudge Rodriguez, whose Hall of Fame induction did not seem in doubt considering how good he was behind the plate as well.

Former infielder Ryne Sandberg was voted into the Hall of Fame in 2005 with a 68.0 career WAR number. Tony Gwynn also wasn’t too far ahead of Martinez with a 69.2 career WAR, and Gwynn was a sure-fire Hall of Famer.

Martinez was one of only nine players in MLB history to collect 300 home runs, 500 doubles, 1,000 walks while posting an average of at least .300 or better and an on-base percentage of .400 or better. Other names on that list? Lou Gehrig, Rogers Hornsby, Stan Musial, Babe Ruth, Ted Williams, Todd Helton, Chipper Jones and Manny Ramirez. Only Ramirez and Helton are not Hall of Famers among this group, but Ramirez is in just his third year on the ballot with PED issues clouding his chances and this will be Helton’s first go this year. Jones got into Cooperstown last year.

A seven-time All-Star, five-time Silver Slugger winner, two-time AL batting champion and 2004 Roberto Clemente Award winner, it’s time Martinez gets his due and rightfully gets his place in the Fall of Fame. 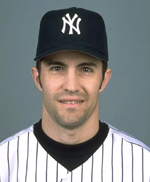 Call me a yes man, but I think all four of these guys get in.

When I first glanced at Mussina’s credentials, I certainly thought they were Hall of Fame worthy, then I was ecstatic to see the odds we are getting for him to get in.

Sure, we can look at his 3.68 career ERA and immediate come to the conclusion that is simply isn’t good enough to get in, but I’m looking past that.

Again, let’s go back to Baseball Reference WAR where Mussina ranks 58th with a career WAR of 82.9. Some other names around Mussina in department? How about Ken Griffey Jr., Nolan Ryan, Tom Glavine, Pedro Martinez, Jeff Bagwell and Pete Rose.

Mussina ranks 23rd in all-time pitcher WAR as well. His 270 career wins is tied for 33rd.

The Moose was a five-time All-Star and was also decorated for his glove work on the mound in the form of seven Gold Glove Awards. He led baseball with 19 wins in the 1995 season while with the Orioles.

There’s also another fact that suggests Mussina could get in this year, even among old-school voters. Of all the pitchers in MLB history to record at least 100 more wins than losses who were eligible to get into the Hall of Fame, only Roger Clemens is not in Cooperstown. Of course, the reason Clemens isn’t in the Hall is certainly not due to on-field performance, but rather PED issues off the field. Mussina finished his career with a 270-153 record.

Although Mussina never won a World Series, something that has hurt his candidacy, his 3.42 ERA in the postseason actually bettered his 3.68 mark in the regular season. Mussina did appear in the 2001 and 2003 World Series’ with the Yankees, but lost to the Diamondbacks and Marlins, respectively.

Surely, the WAR figures could give him an edge with the new-age voters. The wins and spread between those wins and his career losses could help with the old-school writers. If Mussina were to get in, he could theoretically make 2019 the second consecutive year that four players were inducted into the Hall of Fame after only happening twice prior to 2015.

It’s going to be close after Mussina received 63.5% of the votes in 2018, so give me the YES here at some nice value.