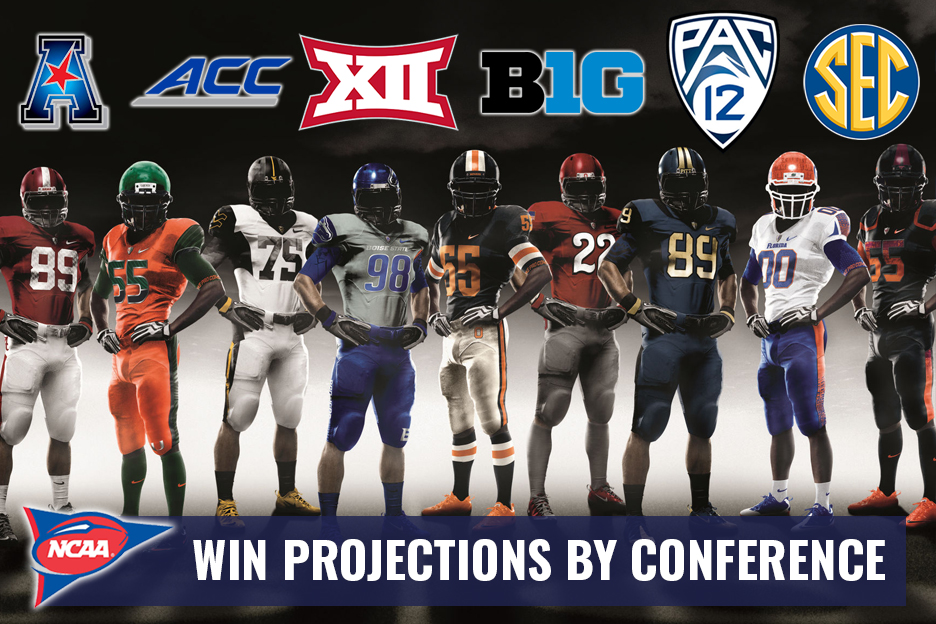 How many bowl games is your favorite college football conference going to win? That’s the question I want to answer for you today.

First, we need to see who is playing who?

Most of you are already familiar with the NCAA’s final four of football; Alabama, Clemson, Notre Dame, and the Oklahoma Sooners led by their newly crowned Heisman quarterback, Kyler Murray.

More on these games later.

There’s so much more fun to be had and arguably, more importantly, more money to be made on the various bowls nationwide. There won’t be any shortage of picks and blogs for each game throughout college football’s postseason, so don’t be a stranger.

Before we narrow our focus to each individual contest, let’s try to project some win totals for each conference.

I suppose we should address the ever-present elephant in the living room, the good ole boys down in the Southeastern Conference.

The SEC could win 10 bowl games this year! If you made the wager of over 8.5 bowl wins as a conference, you would be rewarded quite handsomely with a payout of over 4-1!

That isn’t your only option, though.

There are several different over/under betting choices for the major conferences.

Let’s dive in, shall we?

Who’s in the American Athletic Conference, you ask?

Well, first of all, there’s this team that has gone 25-0 over the past two seasons; the University of Central Florida Knights.

They will be tested, once again at this bowl appearance, against an SEC powerhouse. Last year in the Peach Bowl, they defeated Auburn 34-27. This season, in probably a tougher test, the Knights take on the LSU Tigers in the Fiesta Bowl.

They will be without quarterback Mckenzie Milton who underwent season-ending leg surgery only a few weeks ago. It’s going to be hard to give the AAC a win here as they are currently 7.5 point dogs and (+250) on the moneyline opposite the boys from Baton Rouge.

The Fiesta Bowl will be their biggest game and played on New Years Day. On New Year’s Eve, though, the 10-2 Cincinnati Bearcats travel to Annapolis, Maryland for a Military Bowl date with the 6-6 Hokies of Virginia Tech.

Cincy is sitting at (-210) on the moneyline and will need to cover 5 points for the spread.

Virginia Tech is my team and while I know head coach Justin Fuente will have them ready, I just don’t have any confidence in this year’s team. This is the worst Bud Foster-led Hokie defense I have seen in my 20+ years as a fan.

From one AAC vs ACC matchup to the next, we take a glance at the Independence Bowl. The Temple Owls match up with David Cutcliffe’s Duke Blue Devils.

Information on whether or not Zion Williamson will be suiting up for the game remains undisclosed.

I told you I was a Hokie fan but I also grew up liking the Tennessee Volunteers. I guess I just like the color orange. I don’t know.

Peyton Manning was my hero and when I went to see him have his jersey retired, he thanked his old offensive coordinator David Cutcliffe before anyone at Tennessee and barely mentioned then head coach Philip Fulmer.

Since that time, I have seen the massive positive impact Coach Cutcliffe has had at Duke University.

Even if they don’t have the amount of 5-star recruits their basketball team gets seemingly every year, their head coach always has them playing hard and smart nearly every week.

What about the Owls?

I’m projecting 2-3 wins for the AAC this bowl season.

Winning all 5 of their bowl games is highly unlikely and it doesn’t look like 4 wins will happen either for the AAC.

Well, they really do have some tough matchups.

Let’s work backward with the ACC and see which teams aren’t likely to win their prospective bowl games.

Virginia Tech will likely lose as well as Syracuse and the University of Virginia as they take on West Virginia and South Carolina, respectively.

Pitt will likely lose to Stanford and the NC State Wolfpack when they take on the Texas A&M Aggies in the Gator Bowl.

I don’t think the Clemson Tigers are a lock either to defeat the Fighting Irish of Notre Dame.

Georgia Tech’s triple-option attack is favored by 4.5 opposite a Minnesota Gophers defense that gave up over 2000 yards on the ground this year at 5.2 yards a clip.

Outside of the Clemson Tigers at (-11), the Yellow Jackets of Georgia Tech is the only other ACC team that’s favored to win their bowl!

Wow, now the odds are starting to make more sense.

This is bowl season and there s going to be a significant amount of variance, so placing a bet with minus odds seems foolish to me.

I would go with plus money odds on most of these picks.

I say 5-7 wins for ACC teams. The conference isn’t that good this year, and they really got some tough matchups.

The Big 12 is not favored to win any of their 7 bowl games this year! In fact, two of those bowl games have them at double-digit underdogs.

The closest they get to being picked to win is the TCU Horned Frogs are a pick’em versus the Cal Golden Bears in the Cheez-it Bowl.

2-3 wins is what I’m thinking for Big 12 teams this bowl season. Let’s give TCU a win and I like West Virginia (-1) over Syracuse.

Can they get another?

The Big Ten qualified and was invited to 9 bowls this year which isn’t bad considering only 3 of their teams finished the regular season ranked inside the top 20.

It doesn’t look like the sportsbooks are giving the Big Ten much love either. (+400) odds to go 6-3 is tempting just because of the payout.

The over 4.5 wins bet looks initially promising, but let’s sharpen our focus.

I already mentioned I think Georgia Tech will smash the Gophers of Minnesota with their strong running game.

Even though the Miami Hurricanes have a good rush defense and finished up the year strong with a 24-3 win at home versus the Pitt Panthers, a win against the AP First Team All-American running back Jonathan Taylor-led Stanford Cardinal (-4) isn’t likely.

While Purdue has been a good team this year and even showed flashes of greatness in their 49-20 victory over the Ohio State Buckeyes back in October, the Auburn Tigers have been tested and will be rested.

Those two factors should make the difference for Auburn in this one.

I say Oregon beats Michigan State and Northwestern is able to outlast the Utah Utes.

Give me Mississippi State over Iowa.

I think Penn State beats Kentucky in the Citrus Bowl.

Lastly, there is the “Granddaddy of them all” as the late Keith Jackson would always say referring to the Rose Bowl.

PLEASE NOTE:
This year, the Buckeyes of Ohio State (-265) take on the Washington Huskies. I really like Washington but they will likely get beat up front by size and strength and eventually worn down by the 4th quarter.

I like Oregon, Stanford, and Washington State to win their games. With seven games total for the conference, it’s hard to give them any more wins.

Utah or Arizona State could still win for sure.

The Pac-12 should have a chip on their shoulder after nearly the entire conference took a drubbing last bowl season.

SEC teams are favored by a touchdown or more in 5 out of the 11 bowl games.

Texas A&M (-5.5) over NC State is another likely victory.

I think it will be an 8-3 bowl season for the SEC.

The SEC is poised to dominate.

The Pac-12 has something to prove after nearly laying an egg last postseason and the Big 12 has a shot at a National Championship, albeit a long one as they are 14 point underdogs to the defending national champion Alabama Crimson Tide.

The Big 10 and the ACC should each come close to a .500 winning percentage if not better.

The AAC, yes the American Athletic Conference has a valuable wager available for you.

With 5 games against mostly superior competition, I only like them to maybe win 2 of those contests. The over/under is set at 3.5, though, so you will have one game to play with and still get plus money at (+125).

Get those bets in ASAP and good luck as bowl season kicks off this Saturday!