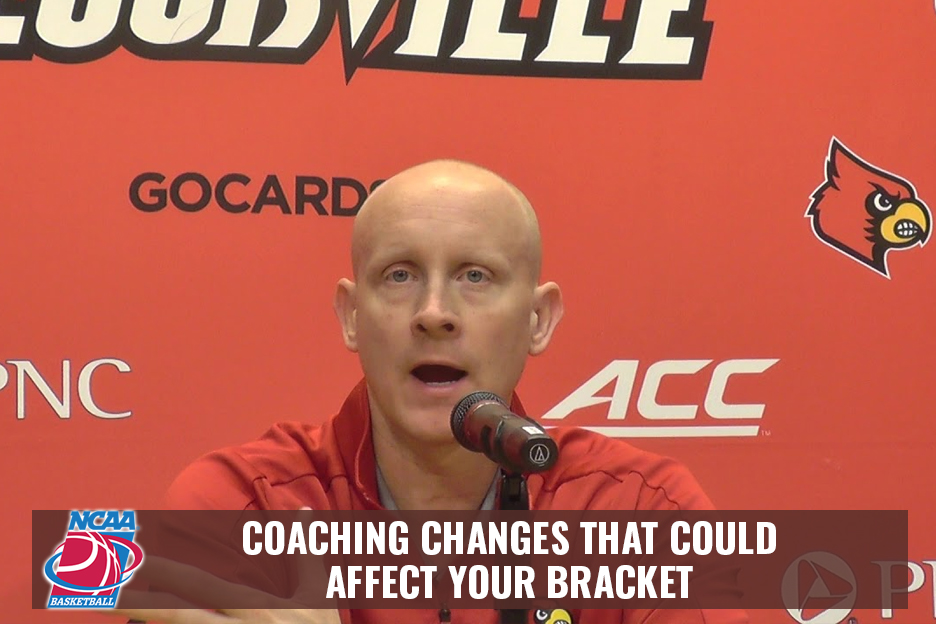 Each year there are numerous head coaching changes in division one NCAA Men’s Basketball. This year there were fifty-five D-1 programs that changed head coaches. It seems every year that some new hot shot coach leads his team to the Big Dance only to be stolen away by a major conference program the following season. Or on the flipside, we see big programs making the change up top after their coach spends the season on the hot seat, only to come up short and be served his walking papers.

In this article, we will highlight what I think are the five moves that could affect your NCAA March Madness bracket this season. Everyone wants to be the guy that predicts the next Brad Stevens or Shaka Smart type of breakout season, and here I will show you where to start looking. Let’s get started! 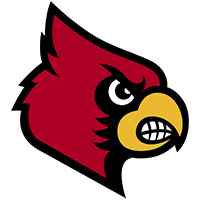 When it comes to head coaching changes, none are bigger than the change Louisville made when they fired legendary coach Rick Pitino. Pitino was the first of what could eventually be many casualties of the FBI investigation into college basketball corruption. Never one to stay too far away from a scandal, Pitino was seemingly always being questioned about his involvement in one issue or another. And now it has finally cost him his job as the Cardinals were forced to separate themselves from the Hall of Fame coach.

PLEASE NOTE:
Pitino is the only coach to lead three different teams to the Final Four and led Louisville to the National Title in 2013. So, to say that new head coach Chris Mack has some big shoes to fill would be quite the understatement.

But if any guy can get the job done, it is Mack. Mack turned Xavier into an elite program in his time with the Musketeers, leading them to at least 21 wins in nine of his ten seasons as head coach.

Last season, he took Xavier to the college basketball apex as he led them into the NCAA tournament as a one seed. The Musketeers underachieved in March Madness as they got knocked out in the round of thirty-two, but Chris Mack can flat out coach. I list this coaching change at number one both because of how good Pitino was, and how great Mack is as well. Louisville has made the NCAA tournament fourteen times this century, including seven trips to the Sweet 16 and two trips to the Final Four. If Mack can get his new team playing together, you can expect to see them in your bracket again this March. 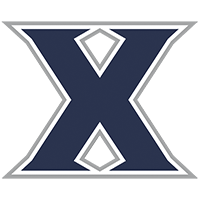 Who else to follow up Louisville on the countdown than the team whose coach they stole, Xavier. As I mentioned above, Xavier, under the guidance of Mack, was an elite program. The Musketeers made the NCAA tournament in all but one of his ten seasons at the helm and made it to the Sweet 16 four times and the Elite Eight once. Some of the schools on this list are here because they fired an underperforming head coach, but Xavier is here because they couldn’t retain a coach they badly wanted to keep.

In a move questioned by many, Xavier decided to hire from within as they promoted longtime assistant coach Travis Steele, to head coach. But who are we to be questioning the move? Xavier is used to losing head coaches to better jobs as they have recently seen Thad Matta, Sean Miller, and now Mack all get lured away to greener pastures and they always seem to do just fine. Steele will be very familiar with the team, as he has been part of the coaching staff for over a decade, but will he be able to keep this team playing at a high level? That has yet to be seen. 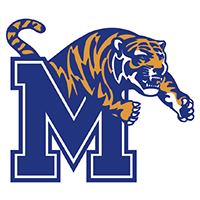 People seem to forget just how good of a coach Tubby Smith has been in his career. He seems to get hated on just about everywhere he goes, but he has had success nearly everywhere he has gone. Smith won a national title with Kentucky and managed to lead the Wildcats six Sweet 16’s and four Elite 8’s in his ten seasons in Lexington. Only at Kentucky is that not good enough to keep your job. Smith went on to lead both Minnesota and Texas Tech to the NCAA tournament in his next two head coaching stints.

But for some reason or another Smith just never could get things going in his two years at Memphis, so while he was fired for not getting results, he will still be a hard guy to follow. The Tigers made a huge splash when they hired Memphis native, and first time ever head coach, Penny Hardaway, to the position in the offseason.

Hardaway is a huge fan favorite, and he is expected to be able to recruit high-level talent as the former NBA All-Star is a legend in the area.

Hiring a guy like Penny Hardaway is always going to grab headlines, but they say you can never go home again, so it will be interesting to see what the Tigers do under his leadership. Will Penny be a guy that can lead his hometown team to the promise land? Or will he go the way of Chris Mullins who has recently struggled to find success at his Alma Mater, St. John’s after being a highly publicized head coaching hire? Only time will tell just how much success Penny will have in Memphis, but I for one, am rooting for him. 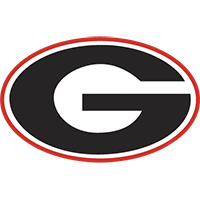 Mark Fox got plenty of opportunities to succeed at Georgia and just couldn’t get the job done. He was the head coach at Georgia for nine seasons and made the NCAA tournament just twice. The Bulldogs have followed suit with the rest of the SEC, as they have hired a big-name coach to fill their vacancy. The SEC now has big-name head coaches like John Calipari, Bruce Pearl, Ben Howland, and Avery Johnson. It is no coincidence that since the SEC has made a push to hire big-name head coaches that they have suddenly become a force on the hardwood, and not just the gridiron.

Tom Crean now joins the list of accomplished coaches to call the SEC home. Crean has had major success at both Marquette and Indiana. Crean has been named Big 10 and Conference USA coach of the year and has a Final Four on his resume.

Things ended poorly for Crean at Indiana, as the Hoosiers missed the NCAA tournament five times in his nine years as the top man.

But make no mistake, this hire is a major upgrade for the Bulldogs. I am not sure if it will be an instant turnaround for the Bulldogs, but I do think that Crean will get this team back into contention in an ever-improving SEC. 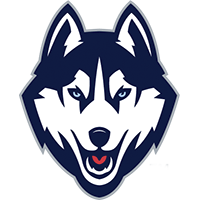 Dan Hurley turned what was a struggling Rhode Island Rams team into a strong mid-major program in his six seasons as head coach. It took him a while to get things turned around, but in his final two seasons with the Rams, he took them to the NCAA tournament, both times advancing to the second round. Hurley replaces Kevin Ollie at UCONN and will not enjoy the same amount of time he had at Rhode Island to turn things around.

UConn is a national power, and Ollie won the national title in his second year of coaching the Huskies in 2014. The Huskies have struggled the last two seasons, but the FBI investigation forced UConn’s hand as they terminated Ollie as part of that ever-sprawling probe. Hurley was a sexy hire as the guy was riding high at Rhode Island, but I will be honest, I think the Huskies could have done better. The Huskies have won four national titles since, 1999, making this one of the premier jobs in the country and they could have easily garnered Hall of Fame level talent for the position. I am not saying Hurley is the wrong guy for the job, I’ll just call his hire underwhelming at this point.

Five different programs, five new head coaches. Some of these jobs came open because of scandal, Pitino and Ollie I am looking at you, while others came open because their previous head coach just wasn’t getting the job done. Whatever the case may be, all of these coaches are going to be thrust right into the national spotlight and expected to perform right away.

When the NCAA tournament bracket is released in March, don’t be shocked to see all of these guys leading their teams into the Big Dance.