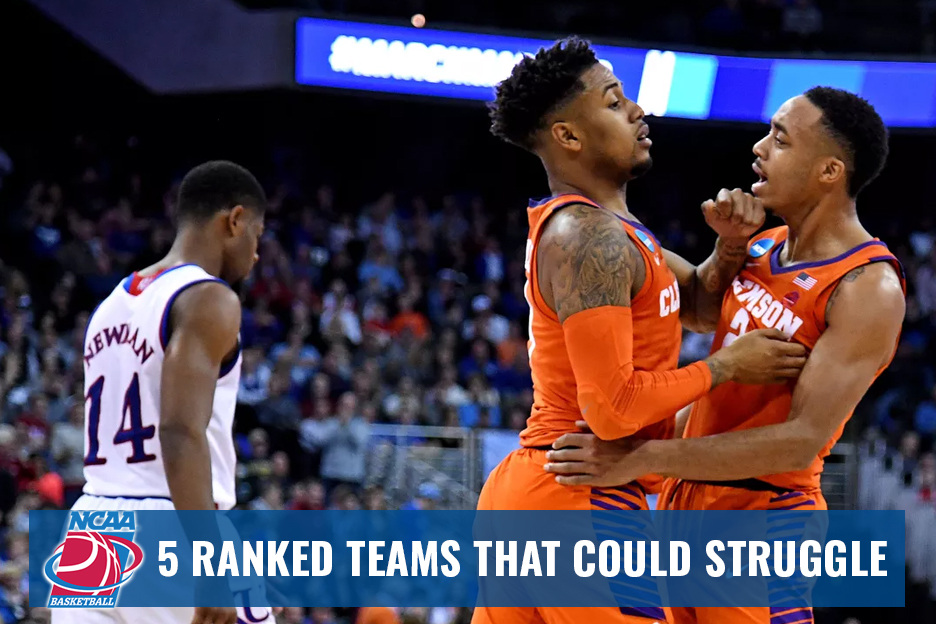 The first NCAA Men’s Basketball polls were released recently, and in this article, I will take a look at teams that are currently ranked, that I think are going to struggle this season.

Here will focus on teams that have started the season in the top twenty-five that I expect to struggle this season. Let’s get started! 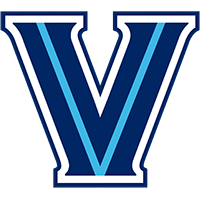 When I say struggle, you have to take in context the program’s standing. The Villanova Wildcats have won two out of the last three NCAA tournaments, so if they were to make the tournament and get knocked out before say the Sweet 16, that would certainly count as struggling for this team. Whereas some teams would be ecstatic just to win a game in the Big Dance, programs like Villanova aren’t happy unless they compete for the national title. And I don’t think this Villanova team has what it takes this year to take home a third title in four years.

Simply put, this team just lost too much from last year’s national championship team to really compete to repeat as champs this year. I am not at all hating on Jay Wright or his program, what he has done has been remarkable. But trying to replace national player of the year, Jalen Brunson would be hard enough if they didn’t also lose Mikal Bridges, Donte DiVincenzo, and Omari Spellman. This team lost all of those players early to the NBA. Could you imagine if they all would have come back this season? They might not have lost a game this year. 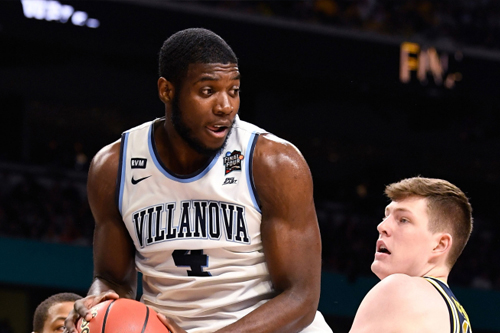 The Cats have returning contributors in Eric Paschall, who will be their senior leader this year, and Phil Booth, who will try and fill Brunson’s enormous shoes at guard. But when you look at the rest of this roster, Jay Wright is basically forced to start over. They have a solid recruiting class with three guys ranked in the top fifty nationally, but the headliner of that class is Jahvon Quinerly, just the twenty-ninth overall recruit in the country. So, they won’t have any elite level freshman talent to fall back on either.

This team was gutted, and Wright is in a situation he isn’t accustomed to being in. This isn’t Duke or Kentucky that is used to losing their entire starting five early every year. The Wildcats made the top ten in both preseason polls and they are doing it on reputation alone at this point. I don’t think this team will completely fall off of a cliff and miss the NCAA tournament, but at the end of the year we will likely look back and chuckle that this team was ever considered a top ten squad. 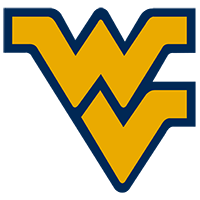 West Virginia is another program that has grown accustomed to being ranked and getting deep into the NCAA tournament. The Mountaineers have made the Sweet 16 in three of the last four seasons. But this year they will have to cope with the loss of do-everything guard Jevon Carter. Carter was a mainstay for four years as the leader both on offense and on defense for the Mountaineers. Carter was likely the best on-ball defender in the Big-12 last season and carried this team while averaging three steals a game. West Virginia also lost Daxter Miles, who along with Carter, led the way on what was one of the nastiest press defenses in the country.

The Mountaineers will return shot blocking machine Sagaba Konate, who blocked over three shots a game last season and head coach Bob Huggins is hoping he can lend a hand on the offensive side of the ball and improve upon his ten points a game average last season. But outside of that, the Mountaineers are going to have to look to an underwhelming group of incoming freshmen to help lead the team.

They have a decent class coming in, but none of their recruits are ranked in the top 100 nationally, and none of them look anything like Jevon Carter.

Bob Huggins has always managed to find a way to win games, and this team will likely perform better than they should on paper. But to see them ranked in the top fifteen to start the season was somewhat shocking. The Big-12 is stacked as usual and if the Mountaineers can’t get these young guys playing at a high level right away, they run the risk of missing out on the Big Dance altogether this year. 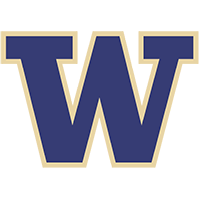 The Huskies were a bit of a strange team last year. They had several big wins but had a nasty habit of playing down to their weaker opponents. They return essentially their entire team from last year and are hoping they can break through to make the NCAA tournament for the first time since 2011. I see the potential here for sure, you gotta love a team that showed promise last season and comes back this year one year older and wiser with all of their key contributors returning.

But to see this team open the season ranked in the top twenty-five seems premature to me. This team lost thirteen games last year, wasn’t even really a legit bubble team, barely had an above .500 record in a down PAC-12 and lost in the second round of the NIT. So, while it is great that they are bringing everyone back, I am not sure this is a team I really want back.

New first-year head coach Mike Hopkins did a great job at installing his brand of ball at Washington last season, but this team is being ranked like they already did something, and they haven’t. I think Washington ends up in the top half of the PAC-12 for sure. They should be right there with rebuilding teams like Arizona, Arizona State, USC, and UCLA in a competitive league. But to see them getting this much love, this early in the season, tells me this team is destined to underachieve.

Former head coach Lorenzo Romar was terrible on the sidelines as a game coach, but the guy always managed to bring in NBA level talent to Seattle. This year the Huskies highest rated recruit was Jamal Bey, who was ranked just 109th nationally. Washington only brought in two players in the top 200 in what was the 41st ranked recruiting class. That is a far cry from the top ten classes that Romar was known to bring in during his tumultuous tenure at Washington.

So, I am just not ready to say that Washington is back on the map just yet, and I expect them to struggle most of the year and they are at risk of missing the NCAA tournament again and extending their tournament drought to eight straight years. 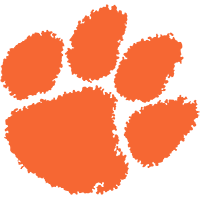 Clemson had a breakout season last year. They won twenty-five games and made a surprise run to the Sweet 16. But they have lost their two best players from last year’s team in Donte Grantham and Gabe DeVoe. Both were senior leaders for this Clemson team and were a big reason why the Tigers made the tournament for the first time since 2011. They do return some solid contributors from last year though as Marcquise Reed, Shelton Mitchell, and Elijah Thomas are all returning for their senior season.

But the reason I have doubts as to how good this team will be is because they play in the best conference in the land, the ACC. The ACC is just really, really good this year. Duke, North Carolina, and Virginia are up top as usual as top five type teams that should compete for the national title. But teams like Syracuse, Florida State, and Virginia Tech are also all ranked above the Tigers in both of the preseason polls. Meaning at best right now, they are the seventh best team in the league? It is just hard to stay ranked in the top twenty-five all year long when you are the seventh best team in your league.

So, I think Clemson will win their fair share of games this year, and they just might upset a couple of these elite ACC teams. But in the end, I think last year will stand out as the fluke as they struggle overall this season and regress back to where they have been under head coach Brad Brownell, a team that misses out on the NCAA tournament. They won’t be awful, but they aren’t making it back to the Sweet 16 either. 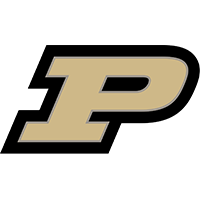 Had Purdue stayed healthy last season they could have won the national title, they had that much talent. And returning this year, they still have a lot of talent. But what they lost is going to be nearly impossible for them to replace. The Boilermakers lost Vince Edwards, Dakota Mathias, and Isaac Haas from last year’s thirty-win team. They return Carsen Edwards, who could very well end up being the Big-10 player of the year, but I just don’t see how they can be considered legit national title contenders in what is essentially a rebuilding year.

Purdue is just barely hanging on in each of the two preseason rankings (22) USA Today poll and (24) in the AP poll, and I can see this team falling in and out of the rankings all season long. But for a team that has averaged twenty-eight wins a season over the last three years, they are going to have a down year.

The strength of the Big-10 will likely get them into the NCAA tournament, but don’t expect this team to be one still playing after the first weekend.

The college basketball season is a long one and teams that start the season out ranked tend to rise and fall up and down the rankings all season long. A couple of the teams I have featured might end up having decent seasons that are only seen as underachieving for what the program has come to expect, specifically that is the case with Villanova and Purdue. And a couple more of these teams are likely to struggle all year long and could miss out on the NCAA tournament altogether, like Clemson, Washington, and West Virginia.

It is sure to be another exciting year of NCAA basketball and I can’t wait for the season to tip off on November 6th!