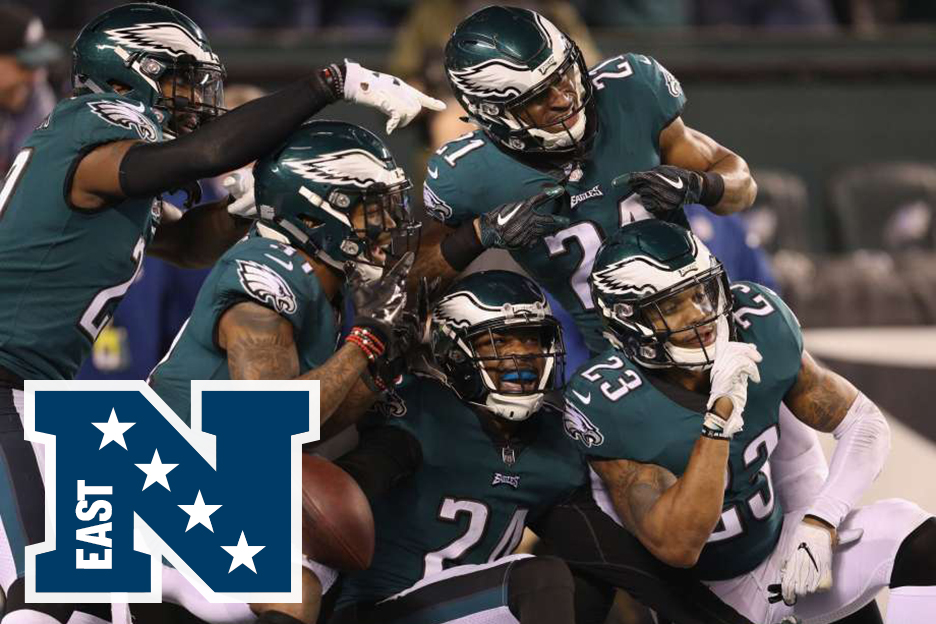 We are only through two weeks of the NFL regular season, but’s it’s never too early, or too late, to check in on some futures.

The NFC East figures to be a competitive division, especially since the favored Eagles were brought down to earth by Ryan Fitzpatrick and the Tampa Bay Buccaneers in Week 2.

After three weeks, there is a two-way tie atop the division with the Eagles, Redskins both sitting with 2-1 records. The Giants and Cowboys both sit at 1-2 after the Giants got their first win of the season against the Texans.

We will keep up with these division futures throughout the season, but for now, let’s take a look at the current division odds for every team in the NFC East, courtesy of BetOnline.

The NFC East is unique in the sense that there isn’t one team you can rule out at this point. This becomes especially true when see notice that the only head-to-head matchup in this division so far was indeed Week 2’s Sunday Nighter between the Cowboys and Giants. With so many head-to-head games left within this division, it’s safe to say it is still anyone’s ball game at the moment.

So, who takes home this division? We certainly have a decision to make here, so let’s do something a little different and identify who we think will win the division while also providing a value play in case things don’t go as planned.

The Eagles are still the team to beat despite their Week 2 loss as they continue to wait on Carson Wentz to be cleared for a healthy return to action. 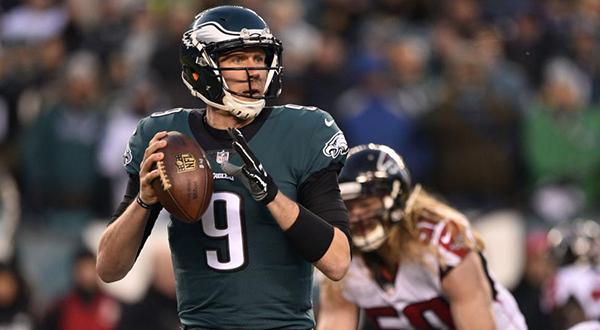 Of course, Nick Foles hasn’t been terrible in his absence, but he’s posted just a 78.9 passer rating through the first two weeks of the season, but also threw for more than 350 yards in the Week 2 loss when Philly couldn’t get their running game going.

Still, the Eagles possess a stout defensive line, one that has allowed the fewest yards per game on the ground through the first two weeks of the season at just 58.5 YPG. They are going to want to clean up their passing defense after Ryan Fitzpatrick torched them for 402 yards on Sunday, although they held Matt Ryan to under 300 yards in Week 1, so perhaps they simply ran into a red-hot quarterback last week.

Jay Ajayi missed all but two plays in the first half of Sunday’s loss, which doesn’t help. Without Ajayi, the Eagles running game was non-existent as Corey Clement ended up leading the team with 30 rushing yards. Ajayi is set up for a nice bounce back effort in Week 3 at home against the Colts and they need this guy to get going closer to his Week 1 performance when he averaged 4.1 yards per carry.

At the end of the day, the Eagles are still the best all-round team in the NFC East with what is going to be a tough front four to run through, and once their secondary bounces back, this could very well be one of the best overall defenses in the NFL.

A healthy return for Wentz wouldn’t hurt, either.

The Giants have a quality three-headed monster in Eli Manning, Odell Beckham Jr. and Saquon Barkley, but that doesn’t mean much when they can’t block anyone up front, which is what we witnessed on Sunday night.

The Redskins have the NFL’s best total defense through two weeks of the season, but one of those games was against the anemic offense of the Arizona Cardinals. I also don’t see enough offensive weapons up front for Washington to work with.

That leaves the Dallas Cowboys as the value play here. Their value was not as high after Week 1 at around +600 at some sportsbooks, but with their thorough beating of the Giants in Week 2, the shifted to +275. However, after a loss the the Seahawks yesterday, their odds sit at +700.

Dak Prescott and the Dallas offense could not get anything going in Week 1 at Carolina, so they changed their offensive game plan closer to what Prescott was used to at Mississippi State. The Cowboys burnt the Giants with several read options while Prescott and Ezekiel Elliott combined to rush for 123 yards on the night, 78 of which belonged to Elliott.

The Cowboys’ offensive line isn’t as good as it was in their division-winning 2016 season, and with Pro Bowl center Travis Frederick sidelined indefinitely, Dallas isn’t going to be able to run the ball down the throat of opposing defenses like they did when Elliott won the rushing title two seasons ago.

They got more creative on the ground, Prescott found open receivers when he needed to and the defense got the job done.But then fell to the Seahawks this week.

This year, they will have to find their success on defense and by their creativity on offense. It’s not likely going to result in a rushing title for Elliott or gaudy passing numbers from Prescott. They are going to have to spread the wealth and continue to get pressure on the opposing quarterback.

If they can accomplish that, the Cowboys could surprise their way to an NFC East crown.