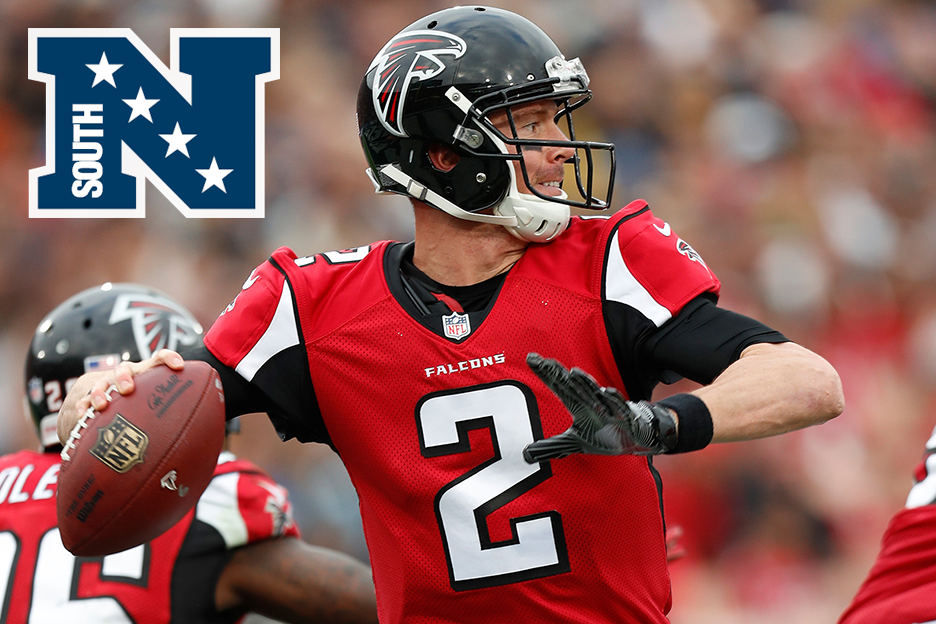 The NFC South might just be one of the most wide-open, up-for-grabs divisions in the NFL.

We have the red-hot Ryan Fitzpatrick leading the surprising Tampa Bay Buccaneers to a 2-0 start despite tough matchups at the Saints and versus the Eagles to open the season.

We also have Matt Ryan and the Falcons coming off a tough Week 1 loss to even their record after winning a valuable NFC South matchup over the visiting Panthers in Week 2.

The Saints averted disaster with a fourth-quarter comeback over the visiting Browns to even their record at 1-1 while the Panthers own that same record after a home-opener win over Dallas and a Week 2 loss at Atlanta.

So, whose division is this? That’s a very good question, and one we will tackle after taking a peak at the current odds for every team to win the NFC South, courtesy of BetOnline.

There is not a closer division race at this point in time in the National Football League than the NFC South.

To be quite honest, you could make a valid argument for every team in this division as they all have playoff-caliber qualities in them.

There’s no doubt that the Panthers loss in Atlanta hurts their chances in a tie-break scenario at this point, but that is the lone head-to-head matchup that has taken place within the division through two weeks, so there’s plenty of intra-division action to be had.

For now, there’s one team I have my eye on to win this division, although things can change quick with these odds, so keep an eye on them moving forward.

While it may not be a sexy pick, I think it’s the Falcons who end up winning the south.

The other clubs have shown an ability to score points to this point, but what the rest of the division hasn’t done is prevent points and yards in any sort of impressive fashion.

Yes, the Panthers allowed just eight points to the Cowboys in Week 1. That was a nice showing. But they turned around and allowed 31 points to Atlanta in Week 2. Through two weeks, the Panthers rank 13th with 337 total yards allowed per game.

The other two clubs can clearly score, but they are not defending well at all. Hidden in the Fitzpatrick craze is the fact the Bucs have surrendered 61 points (27th) and 443.5 yards per game (31st). The Saints may still be a high-octane offense, but they have yielded 66 points (30th) and 428 yards per game (29th). Being able to score is nice and shootout-style games are the most entertaining of them all, but it’s going to be really tough to maintain success if you are allowing an average of 30 points and 400+ yards on a weekly basis.

The Falcons, on the other hand, have allowed 42 points (T-12th) and 335.5 yards per game (11th) through two weeks. The Panthers have been a slightly better defense overall so far than the Falcons, but Atlanta has been and likely will continue to be, the best combination of defense and offense in the division.

We know this is going to be a good offense as long as Matt Ryan and Julio Jones are around. Losing Devonta Freeman for 2-3 weeks hurts, but Tevin Coleman is an adequate replacement and the Falcons’ offense is a passing offense to begin with.

Ryan has faced a couple of good defenses at Philadelphia and versus the Panthers through two weeks, but he’s going to end up among the league leaders like he does almost every season.

Despite facing some good defenses, Julio Jones is still tied for sixth in the league with 233 receiving yards while his 20+ yard receptions is tied for seventh.

There is a monumental Week 3 clash on tap between the Falcons and Saints in Atlanta, which will give us an opportunity to see just how good the Atlanta defense can be against Drew Brees and co. In terms of offense, the Falcons have an opportunity to turn it into high gear as their next four games, including the Saints game, come against bottom-eight defenses in the league through two weeks.

The schedule will even itself out in the division, but should the Falcons be able to contain Brees and the Saints this weekend, these odds could go into negative territory. I would snatch the Falcons up at +175 right now and look forward to a pivotal Week 3 matchup from Atlanta.