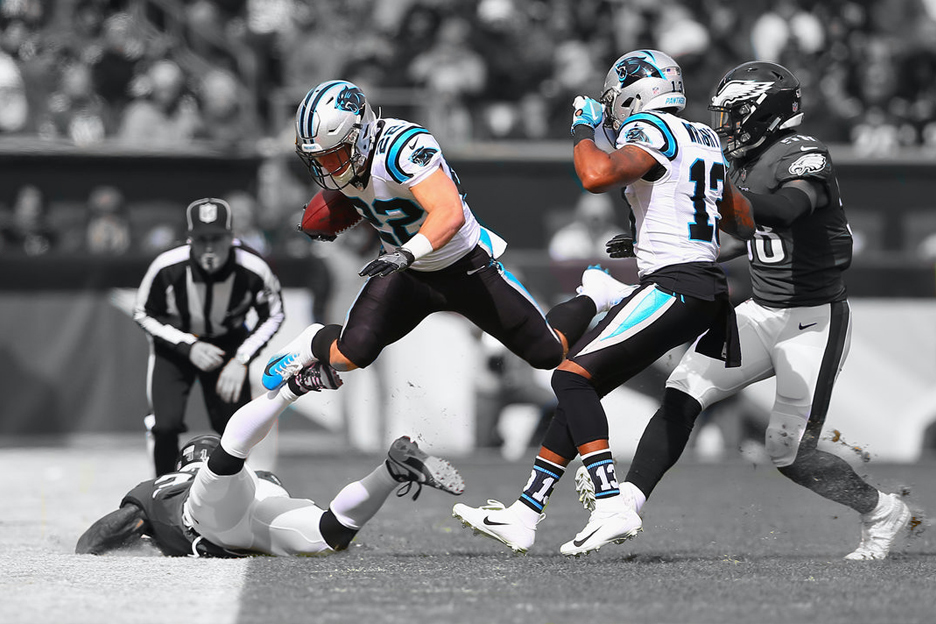 Week 8 in the NFL has begun with Houston doing a little more exposing of the Miami Dolphins.

But before the league thrusts us into another Sunday of kickers not being reliable and coaches making poor decisions at the end of games, I want to reflect on last weekend one last time.

It’s time for bad beats, where I make fun of teams and people who have way more money than I do.

All in the name of the poor losing bettors. The ones who would gladly take Le’Veon Bell’s game check even if it meant the inevitable concussion protocol they’d go through after getting flattened by NFL defenders.

In week 7 there were so many borderline-to-horrid bad beats that those wagering probably looked like children watching horror movies.

And while we’re on the topic of frightening things, how about those Oakland Raiders.

Yep, if there are two things that you can routinely count on, it’s me making fun of Oakland and Oakland making a joke of themselves. Good luck with those three first round picks, Raiders. You only had to lose two Pro Bowl-caliber players to get them.

But they weren’t the only team that looked like a royal mess Sunday. Philadelphia’s hard fail in the 4th quarter against Carolina is my main subject in this week’s bad beats and terrible Vegas lines.

Someone “very close” to me was on the other side of this result. And I can assure you, he had absolutely no complaints.

But for all the Philly backers on Sunday, watching the Eagles squander a 17-point lead must have felt like the embodiment of Chip Kelly’s tenure there: start fast, look great, then get hit by a truck known as reality.

There were :39 left in the third quarter when the Eagles went up 17-0. The defense was dancing on the field when the 4th quarter started, looking less like proud Eagles and more like peacocks strutting their feathers.

And by the end of the quarter, Cam Newton was full of victory and burping feathers.

First, he completed a key third-down throw near midfield. And this was a recurring theme since Philadelphia wouldn’t be able to stop a third-down conversion if they were told to do so at gunpoint. Then Curtis Samuel took a reverse end-around for a 19-yard score.

A team that had been a vegetable on offense all day was suddenly running like a Cadillac.

But there were just over 10 minutes left and Carolina was playing the league leaders in time-of-possession. How were they supposed to come back in such a short time?

That seemed to get harder when Graham Gano missed an extra point. And I swear extra point misses were as common a story last week as Meghan Markle’s outfit choices.

But the Panthers continued to break protocol and royally whip the Eagles in the final minutes.

First, there was a heat-seeking missile Newton threw to Jarius Wright far down the middle of the field. That set them up just outside the red zone and Newton found Devin Funchess on second down for a score. It was 17-12.

And still, they had to convert a two-point conversion to beat the spread. And the Eagles got fooled with play-action misdirection and Carolina passed for the extra two. All of a sudden, Philadelphia had fallen at the speed of someone jumping out of a helium balloon from 100,000 feet in the sky.

And the drop wasn’t done, as they also ruined the day of the poor straight bettors who had played it safe betting the birds. The Eagles eventually turned it over on downs, completing a 4th-quarter catastrophe despite ESPN’s FPI saying they had a 98% chance of victory.

Those are the kinds of odds you give Alabama to beat the Arkansas-Monticello Boll Weevils. And they still blew it.

Chiefs vs Bengals: Over 58

There were a lot of bad overs from Sunday.

If Justin Tucker hits on his extra point, sending the Ravens and Saints into OT, any field goal or touchdown would’ve put the game “over”. And if Dallas doesn’t shoot itself in the foot, back up five yards because of a penalty, and ring one off the post, that game goes “over” in overtime.

But along with the near misses was a game where things just stopped happening altogether. Where Patrick Mahomes had been treating Cincinnati’s defense from the air like the Germans blitzing London.

Then, after a score with 12:50 left, it was like coach Andy Reid decided that he was bored with scoring. Almost the entire quarter was still at play and it was 45-10. They just needed one measly field goal to push or a touchdown to get the game “over”.

But after scoring 24 points total between them in the first 17:10 of the half, they forgot how to offense. They didn’t go full Jacksonville or anything, because you never go full Jacksonville. But the fact they weren’t being completely inept—at least not the Chiefs, that is—was what made it so downright messed up.

With over 6 ½ minutes still to go, Spencer Ware rumbled inside the Bengals 15 and had blocks in front of him. It looked like he may have a clear path to the end zone.

And that’s when he seemed to get sniped from the cheap seats. He just fell. Not on a cut-back, not while trying to shake a defender, and not because he got caught behind football’s 18-wheelers, the offensive line.

He just collapsed. Conspiracy theorists need to be all over this one. And while they’re at it, they should figure out how Cinci coach Marvin Lewis keeps swindling the Bengals into giving him new contracts.

But anyway, Kansas City was still inside their 15 and would only push closer. Then 4th down and 4 came and instead of kicking the chip-shot field goal and at least securing the push, Andy Reid completely called off the dogs.

The play-call seemed designed to evoke laughter from defenses. And sure enough, it fell short and over bettors were left staring at the end zone just a few yards away.

No team came close to scoring after that. And the thought of Ware tripping must be some kind of terrible gif playing over and over inside the minds of those who wagered the over.

Arrowhead Stadium at night, best offense in the league, up against a team that just bungled the Sunday before when they least needed to bungle.

That was what Kansas City vs Cincinnati was. It was a bloodbath that I and Vegas should’ve saw coming. But after one for the ages between the Chiefs and Patriots the week before on Sunday Night Football and an OT game between the two Texas teams the week before that, I guess expectations were high.

Because after nearly 16 years of head coaching without a playoff win, apparently, Marvin Lewis deserves mercy.

Mahomes put on a show with four touchdown tosses, Travis Kelce outmatched all who dared try to defend him, and Reid’s mind ran circles around Cinci’s defense.

45-10 is bad. But at least the Bengals can enjoy being over .500 for at least one more week. And look at it this way Cinci fans, at least you’re not the Bills.

Buffalo +7 Against the Indianapolis

In a game of Fantastic Beats and Where to Find Them, this was the one that took the cake.

I heard multiple pundits call this the “lock of the year,” including Colin Cowherd during his “Blazing 5” picks.

For as much of a nut as he can be to some people, I had to agree. The Bills upset over Minnesota in week 3 might as well have involved Bruce Smith, Jim Kelly, and Marv Levy yelling “That’s unconscionable!” at the referees.

Because that’s how long ago it seemed in comparison to this past Sunday, with rookie Josh Allen sidelined due to an elbow injury.

That was the biggest reason for taking the Colts by more than a touchdown over the Bills. But not because Allen has been the Neo to the Bills matrix or because Indianapolis is the class (they are not) of the most boring division in football.

And if I’m sticking with The Matrix parallel, The Colts were a little like the Agent Smiths coming at the replacement quarterback. And this time, Mr. Anderson was less “Chosen One” and more like a piece of meat for hungry defenders. And boy did he throw some steaks up for the defense.

Honestly, I didn’t know this guy still existed, let alone on a professional football team. But I guess it’s easy to lose track of people when they move to Buffalo. And after his performance, he probably wanted to go back into anonymity.

Indianapolis took advantage of Buffalo’s handicap and whupped them to the tune of four Andrew Luck touchdowns. Final score, 37-5.

The Colts intercepted Anderson three times and occasionally made him look like a pinata. But he was still better than Nathan Peterman, so he has that going for him.