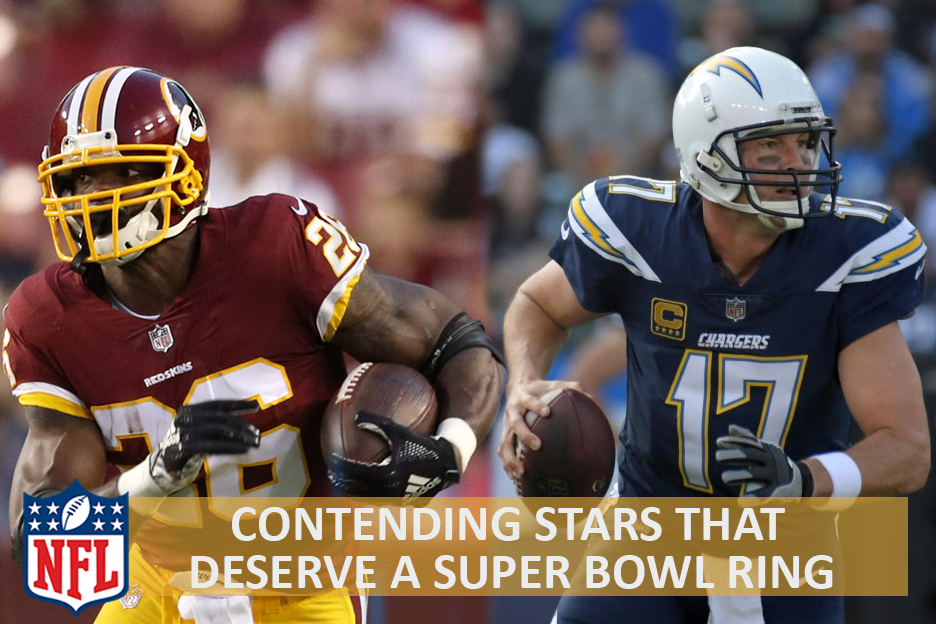 Some have many and some play their whole careers without even getting a chance to play in a Super Bowl.

It’s not something that can be taken lightly. If you are fortunate enough to make a Super Bowl, there is zero guarantees or presumptions you will get back. The year over year turnover in playoff clubs makes it difficult to even get into the playoffs, little own rattle off three or four wins to notch a Super Bowl victory.

A Super Bowl ring is the most satisfying thing one can accomplish in this sport. Individual accolades are one thing, however, a player’s career becomes whole once his hand is graced with that heavy Super Bowl treasure.

With that in mind, it’s important to note that some of the best active players in this league still don’t have a ring. While they may not be the best players at their positions at this point in their respective careers, their longevity and history of production throughout their career are deserving of a Super Bowl ring. They just haven’t been fortunate enough to win football’s ultimate prize.

Let’s go ahead and identify five NFL stars that are in postseason contention that deserve to have a Super Bowl ring to cap an excellent career. 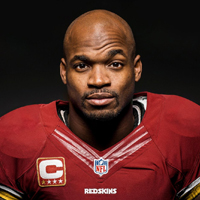 Peterson will go down as one of the best running backs of all-time. He ranks ninth in all-time rushing yards with 12,950 and is the second leading active rusher next to the always-quiet Frank Gore who sits fourth on the all-time list with 14,477 yards. In case you’re wondering, I left Gore off this list as I don’t see the Dolphins as true contenders at this point.

In 2012, Peterson narrowly missed out on Eric Dickerson’s single-season rushing record with 2,097 yards, coming only eight yards shy of Dickerson’s 2,105 yards set in the 1984 season with the Rams.

Peterson has a laundry list of personal accomplishments. He was named NFL Offensive Player of the Year and captured NFL Regular Season MVP honors in that 2012 season. He’s been elected to seven Pro Bowls, four First-team All-Pro teams, three Second-team All-Pro teams, was the NFL Offensive Rookie of the Year in 2007, won the rushing title three times, won the touchdown race twice, rushed for an NFL record 296 yards in one game and accomplished more in College at the University of Oklahoma.

The man deserves a ring. Unfortunately for Peterson, the Redskins are currently losing control of their lead in the NFC East and their quarterback Alex Smith went down with a devastating a career-threatening leg injury in their Week 11 loss to Houston. The loss of Smith combined with the rise of the Dallas Cowboys behind them has seriously put the Redskins’ playoff hopes in jeopardy after controlling the division for most of the season.

Peterson has now become the single most important player on this team. He is enjoying a renaissance season this year with 723 yards in 10 games, averaging 4.2 yards per carry and finding the end zone six times. He will need to put the Redskins on his back to get into the postseason in search of his first and only Super Bowl ring.

Otherwise, he could go down as the most decorated player in the Hall of Fame not to win a Super Bowl when that day inevitably comes. 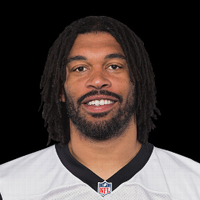 One of the most feared pass rushers since he entered the league way back in 2002, Peppers will have his eyes set on capturing his first Super Bowl ring on February 3rd just after turning 39 on January 18th.

Given his age and the fact Peppers is playing on a one-year deal, this may certainly be his last kick at the can. Peppers’ personal accomplishments are stunning. He has been named to nine Pro Bowls, he’s a three-time First-team All-Pro, three-time Second-team All-Pro, was the NFL’s Defensive Rookie of the Year in 2002 and was named to the NFL’s 2000s All-Decade Team. He also took home some notable hardware in his time spent at the University of North Carolina.

There’s also no doubt that a Super Bowl victory would be even sweeter with the Panthers, the team that took him with the second overall pick in the 2002 draft. He played with the Panthers from 2002 until 2009 before moving onto the Bears from 2010 through 2013 and then to the Green Bay Packers for the 2014, 2015 and 2016 seasons. Peppers returned to the Panthers for the 2017 season and recorded 11 sacks, the most since 2012 while with the Bears.

He’s an all-time great at his position. That can be evidenced by his fourth-place ranking in the all-time sacks leaderboard with 158.5 of them, and could realistically move into third place on that all-time list with two more sacks.

He’s not likely to move any higher to pass the late Reggie White (198) or all-time leader Bruce Smith (200).

The Panthers let a winnable game slip away from them with a gamble on a two-point conversation to win the game in Detroit in Week 11, but they are still very much in the playoff picture at 6-4.

In what could be his final NFL season, Julius Peppers deserves a ring and has an outside shot at getting one on a competitive Panthers squad. 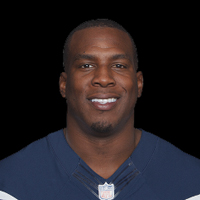 Another accomplished veteran who could be on his last chance at a Super Bowl ring, few players in the game deserve a Super Bowl win more than the Chargers’ Antonio Gates.

San Diego took a chance on the undrafted free agent out of Kent State in 2003, a move that I can confidently say worked out for the franchise. Gates is in his 16th season, all with the Chargers, and has accumulated 116 touchdowns and 11,729 yards on 945 career receptions. He has been Philip Rivers’ number one red zone target and security blanket since Rivers took over as the starting quarterback in 2006.

Gates has been to a whopping eight Pro Bowls, been named a First-team All-Pro three times, a Second-team All-Pro twice and like Peppers, was named to the NFL’s 2000s All-Decade Team.

His team is also on a mission this season. They took a tough Week 11 loss against the visiting Broncos on the chin, but the Chargers are still 7-3 and in firm control of their own destiny in the AFC playoff picture. With the Chiefs also losing in Week 11, San Diego has an outside chance at a division title and a possible first-round bye in the AFC playoffs.

All of that still needs to be sorted out, but Gates is a top-three tight end of all-time and one of the most admired players still in football today. Get this guy a ring.

Chargers has now been under center full-time in San Diego and now Los Angeles for the Chargers for 13 seasons including the 2018 season, and he’s certainly getting to the point of desperation for a shot at a Super Bowl ring.

In many of his seasons with the Chargers, Rivers’ teams were mostly good enough to contend for the playoffs, but either fell short or lost out early. Rivers made the postseason in each of his first four years as a starter and even reached the Conference Championship game, but lost to the Patriots in 2007. He’s won just two playoff games since and hasn’t made the playoffs in each of his last four seasons.

It’s hard to blame him as his teams have gone 9-7 and missed the playoffs on three occasions since 2010.

Rivers is also getting up there in the history books. He is currently eighth all-time with 53,208 passing yards and if he can stay healthy he could easily pass the likes of current players in Ben Roethlisberger and Eli Manning, both of whom seemed destined for retirement before the fiery Rivers. Dan Marino’s 61,361 mark (5th) could also be eclipsed with a couple more good seasons after this one.

Looking at the quarterbacks on this list that are ahead of Rivers, all but one have a Super Bowl ring. That would be Drew Brees, Peyton Manning, Brett Favre, Tom Brady, Manning, and Roethlisberger, with Marino the only player without a ring.

Rivers has proven to be one of the best quarterbacks and leaders in NFL history, and it would really be something to see himself and Gates win a ring together this season. 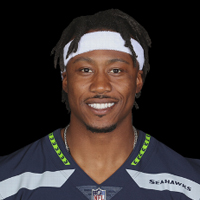 Marshall’s potential road to the Super Bowl this season would be a very windy one, but given his history of high-end production, the guy is certainly deserving of notching a Super Bowl win.

His production has greatly tailored off over the last couple of seasons, but he has signed on with the Saints after Dez Bryant went down with a devastating Achilles injury. Given that the Saints are a surefire playoff team likely to notch a first-round bye in the NFC playoffs with a 9-1 record, I would say Marshall’s Super Bowl chances are better than anyone else on this list.

In his 13th season after being taken in the fourth-round by the Broncos out of the University of Central Florida, Marshall has accumulated eight seasons with at least 1,000 receiving yards with his career-high of 1,508 coming in 2012 while with the Chicago Bears. Marshall spent four seasons with the Broncos, two with the Dolphins, three with the Bears, two with the Jets, one with the Giants and was released after seven games with the Seahawks before signing with the Saints this season.

He currently ranks 22nd on the NFL’s all-time receiving yards list and ranks second among active players next to only Larry Fitzgerald of the Arizona Cardinals.

He’s also been named to six Pro Bowls, winning the Pro Bowl MVP in 2012. He was also a First-team All-Pro in 2012 and a Second-team All-Pro in 2015 when he notched 1,502 yards in a resurgent season with the Jets. Finally, Marshall was the NFL’s co-leader in touchdowns with 14 in that 2015 season, the most he’s had in one season in his career.

The Saints are going to be in the dance, and Marshall could be another target for Drew Brees come playoff time. Given his slip in production last year and this year, it wouldn’t be a big surprise to see Marshall hang up his cleats after this season, but hopefully not without a Super Bowl ring.