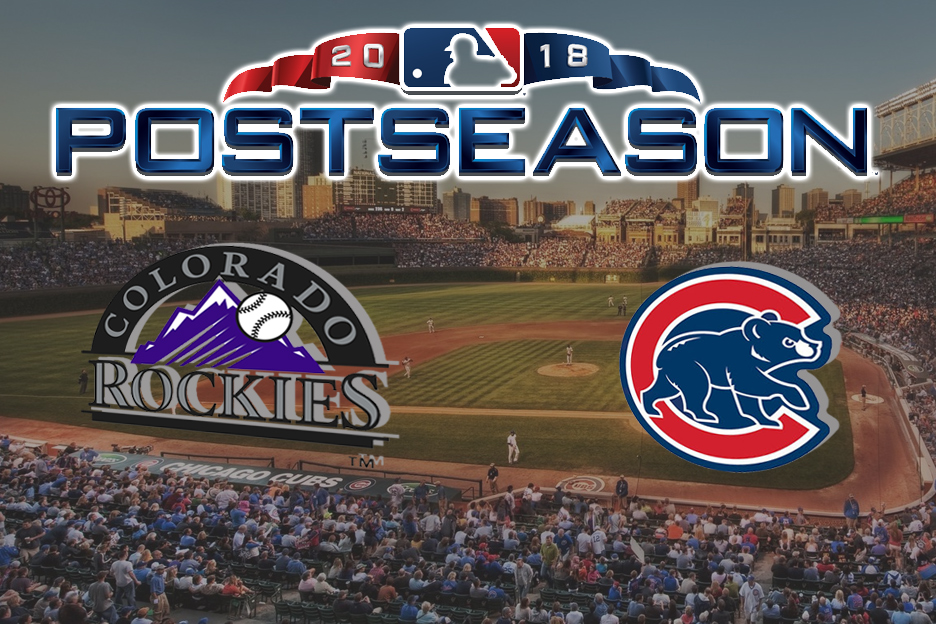 And then there were eight.

First, the Brewers capped an epic comeback over the final couple weeks of the season with their 3-1 road victory over the favored Cubs at Wrigley Field. Milwaukee rode a strong effort from right-hander Jhoulys Chacin, as well as the red-hot bat of Christian Yelich, to an NL Central crown, stunning the Wrigley faithful.

Next, the Dodgers also came from behind in the dying days and weeks of the regular season to steal the NL West from the Colorado Rockies. Los Angeles received two-run homers from Max Muncy and Cody Bellinger while right-hander Walker Buehler continued his dominant rookie season with 6.2 frames of shutout baseball. He allowed just one hit and walked three en route to a 5-2 Dodgers win.

Now, the stage is set. We have the Rockies and Cubs going toe to toe Tuesday night with a trip to Milwaukee on the line while the Yankees and A’s do battle Wednesday night at Yankee Stadium to see who takes on the top-seeded Red Sox in the ALDS.

After Jose Quintana delivered a strong effort on Monday afternoon but ultimately ended up with a no decision, the hometown Cubs will send another southpaw to the hill on Tuesday night in the form of Jon Lester.

Lester delivered a rock-solid 3.32 ERA this season for the Cubs, although he severely outpitched his peripheral ERA indicators as he also produced a 4.40 FIP and 4.43 xFIP.

That said, Lester has been a postseason beast throughout his long and impressive big league career. This will mark Lester’s 22nd postseason start and 26th postseason appearance, and he’s pitched to a tidy 2.55 ERA and 1.03 WHIP with 124 strikeouts across 148 postseason innings thus far.

Lester has been most dominant in the playoffs recently as he pitched to a 2.02 ERA across 35.2 innings during the Cubs’ 2016 World Series championship run and also hurled 14.1 frames of three-run ball in the 2017 playoffs, good for a 1.88 ERA before the Cubs were bounced by the Dodgers in the NLCS.

For the Rockies, it will be breakout star Kyle Freeland toeing the rubber after going 17-7 with a 2.85 ERA across 33 regular season starts.

Like Lester, it would appear Freeland was fortunate to have such a stout ERA figure as he also pitched a 3.67 FIP and an even bigger 4.22 xFIP as well. Still, Freeland increased his strikeout rate from 6.17 K/9 in his rookie season last year all the way to a solid 7.70 K/9 clip in 2018.

Interestingly, Freeland was better this season at home in the extreme hitter-friendly conditions at Coors Field in Colorado with a 2.40 home ERA and a 3.23 road ERA. He still pitched to a 3.43 FIP away from home in his standout campaign.

Bullpens are a big part of playoff baseball as the leashes for starting pitching are never shorter than they are this time of the year, especially in a do-or-die Wild Card game.

The Cubs’ bullpen has pitched to a 3.34 ERA for the season, good for second in the big leagues. The Rockies’ bullpen, however, pitched to an ugly 4.63 ERA, good for 26th. However, things have perked up for the Rockies in this area as of late.

In the second half of the season, the Cubs’ bullpen ranked seventh while the Rockies notably improved to 10th.

In September, the Rockies’ bullpen moved all the way to third while the Cubs’ ‘pen slipped to 10th.

In short, the Cubs have had a fairly consistent group all season despite missing closer Brandon Morrow for the long-term. After a horrific first half of the season, the handsomely-paid Rockies bullpen finally started to pay dividends and are entering this Wild Card game riding plenty of momentum.

When they’re going good, both of these offenses possess plenty of firepower. Both are also at full health right now, with the Cubs missing only Addison Russell due to league investigation, however it’s doubtful Russell would be in the lineup regardless with Kris Bryant back in the lineup and Javy Baez manning shortstop.

That said, it’s the Rockies that have been the better of the two lately. Colorado’s .352 wOBA in September ranked third in all of baseball while the Cubs’ .291 mark ranked 24th. Things get even scarier for the Cubs when we realize the Rockies have been the best offense in all of baseball over the last week with a .439 wOBA. The Cubs have been slightly better over the last seven days as their .303 wOBA ranks 17th.

Given both teams are facing left-handed starters, it makes sense to see how each club has fared against southpaws this season, and again it’s advantage Rockies.

The Rockies were tied with the Yankees for the league’s second-best offense against left-handed pitching this season with a .342 wOBA. The Cubs were roughly league average as their .318 team wOBA against lefties checked in at 13th.

The Rockies have a lot going for them heading into the NL Wild Card game, more so than the Cubs to be sure.

It’s likely going to be a tense Wrigley faithful from the get go as the Cubs have crumbled from the top of the division in the final few days of the regular season before watching the Brewers win the division on their home turf in game 163.

As good as Lester has been in the playoffs, the Rockies hit lefties very well and their offense has been the best in baseball despite being shut down by Buehler in their game 163 loss. Kyle Freeland has been real good this season as well and has allowed only four earned runs over his last 19.2 innings, spanning three starts.

The Rockies also have their bullpen figured out, anchored by one of the best closers in all of baseball over the last several seasons in Wade Davis. Davis may have a 4.13 ERA on the season, but 17 of his last 18 appearances have been of the scoreless variety and he produced a 0.82 ERA in 11 September innings.

It would appear that the Rockies are firing on all cylinders right now, and the Cubs are stumbling. Travel has been taken into consideration as Colorado has to make the lengthy flight from Los Angeles to Chicago top play on back-to-back days.

At the end of the day, I think it’s upset time again at Wrigley. Lester is probably the guy the Cubs want on the mound to handle the immense pressure, especially at home. However, the Rockies are pitching well, they’re hitting well and their bullpen has been in lockdown mode.

Buckle up and enjoy what should be an intense and wonderfully entertaining NL Wild Card game.
Our Pick: Rockies (+123)