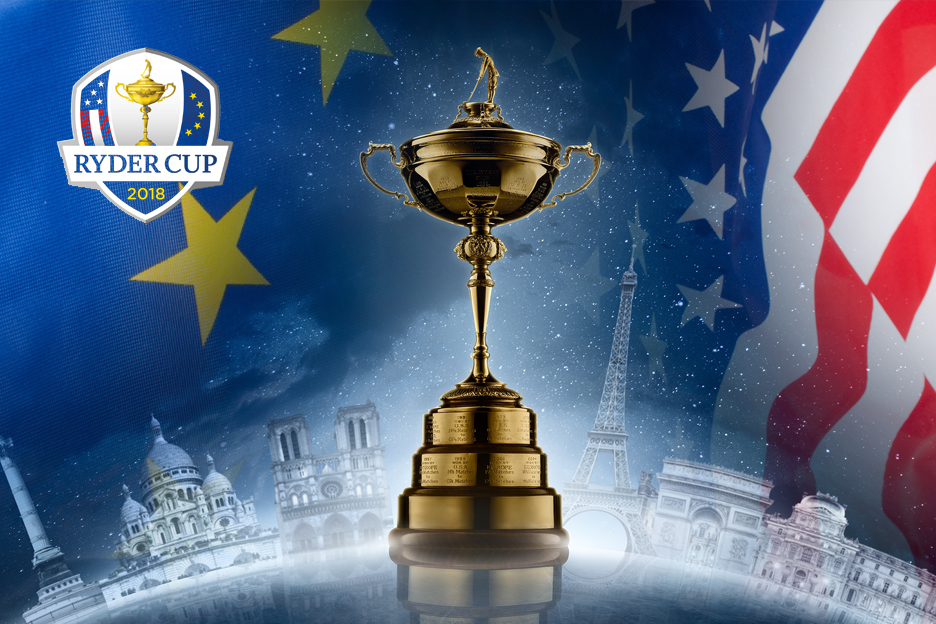 Did you guys catch any of the Tour Championship this weekend?

I hope you were able to watch at least a little bit of it.

I’m also hoping you were feeling frisky if you made any wagers on Tiger Woods to win the Tour Championship. I have to say I told you so, but I told you so a few times this year that Tiger would win and he came up short.

The man steadily improved his play throughout the year in the smallest increments to the point where he dominated the Tour Championship from Thursday through Sunday in Atlanta.

In fact, he is the early favorite to win the 2019 Masters!

This past weekend in Atlanta doesn’t only mark the culmination of a near-decade-long journey back to the top. We learned that Tiger Woods is not even close to being satisfied with his legacy.

Golf season isn’t over yet, though. This Friday through Sunday the biennial Ryder Cup will be held in Paris, France at the aptly named Le Golf National.

The Cup switches back from America to Europe for each event which is every other year.

This is the first time, however, that the Ryder Cup will be held in Paris and only the second time it’s being played on Europe’s mainland.

Some are unsure how the French will take the Ryder Cup.

Well, the PGA isn’t visiting a country where golf isn’t at least well known. I’m sure there are some places on the map that could care less, but reverence, respect, and tradition represent nothing new to the French.

As for the matchup this year, the US is favored to come out ahead but this is golf and anything can happen.

I want to break down how the Ryder Cup will actually be won by each team as the process can be confusing for some. Then, we can jump into whether a country or a continent will be hoisting the Cup on Sunday.

The Ryder Cup: Who and How?

Golfers qualify for the American Ryder Cup all year and the top 8 in the FedEx Cup standings automatically make the team and then the Captains get to pick four more guys each.

Jim Furyk will captain the Americans with Zach Johnson, Steve Stricker, Davis Love III, Matt Kuchar, and David Duval as his vice-captains while the Europeans are led by Thomas Bjorn.

Both captains wanted to add some experience with their captain’s picks.

Jim Furyk got Tiger Woods and Phil Mickelson to join the squad. He also grabbed Bryson DeChambeau and Tony Finau.

Along with Tiger Woods, the American team will feature.

There are quite a few more big names on the American side, but these guys made their names over years of play and the Ryder Cup is just one long weekend.

I wouldn’t go emptying out your little pink swine bank on America, at least not yet.

The first thing we need to know is there will be 3 days of competition instead of four. So, they will get started on Friday morning instead of Thursday.

Day one and two will consist of foursomes and four-ball split from morning to afternoon.

The field is broken up into 2 two-man teams and each golfer will play each hole out with their own ball. Then the highest score from each team of two will be counted. If the score is lower than the other team, the hole is won and if it’s the same, the hole is halved.

In foursomes, each two-man team plays one ball per hole with players taking turns. The lower score of each team will decide the points for that hole just like with four-ball.

On Sunday, the golfers will be paired up with a member of the other team with the point system staying as it was the first two days.

There will be 28 points to be had total and a 14-14 tie would go to the current champs, the Americans.

So for the Europeans, the magic number is 14.5 and the Americans only need 14. This is definitely something to consider when making your wager on a winner.

Odds to Win the Ryder Cup

Glancing at the two squads has me thinking the USA all the way. We can do better than a glance, though, so let’s delve a little deeper.

First of all, America has Tiger Woods.

Woods is the best golfer of the last 30 years and is back on track to be the best ever. He’s playing his best golf in half a decade, and nobody wants a piece of him when he’s wearing red right now.

Justin Rose and Rory McIlroy will have to carry quite the load for the Europeans along with Jon Rahm, Tommy Fleetwood, and Francesco Molinari is they are the only golfers on the European team ranked inside the top 20 of the world golf rankings.

The USA, on the other hand, boasts 11 team members ranking inside the top 20.

The matchup isn’t really even. Maybe the pairings will lend some love to the Euro’. I just don’t see how the Europeans are going to win. I would give them about a 1 in 4 chance but the odds definitely don’t suggest that.

Not only is there more talent and major experience on the American side but with the exception of Rory McIlroy and especially Justin Rose, the Europeans are currently playing as well.

Paul Casey, Jon Rahm, and Tommy Fleetwood each finished 4 under for the tournament which is very respectable but several Americans including Johnson, Thomas, and Simpson performed slightly better.

The depth of the American team will make the difference this weekend. I don’t doubt that Europe’s top 5 can hang with the American top 5, but let’s look at 6-12.

If you get through Woods, Dustin J, Justin J, Brooks Koepka, and Jordan Spieth, you still have to deal with DeChambeau, Reed, Webb Simpson, Fowler, Finau, and my best good friend Bubba.

The US has won 2 out of ever 3 Ryder Cups over the Euros in 39 events.

America, heck yeah! That’s how the song goes, I believe.

Golf may have been founded in Europe, but the best golf is played here in the States.

I love the fact that this year’s Ryder Cup will be held outside of Paris. Even though there aren’t many famous golfers from France, nothing says European like the city of love.

Le Golf National will be the course and it is said to have some very exciting holes on the back 9 which could make for another dramatic Ryder Cup finish.

I hope you pronounced the name of the course in a French accent. It just rolls off the tongue so much better, such a beautiful language.

The top 3-5 guys on each team match up fairly evenly, but the talent and experience of the rest of the Euro team falls off after that.

I think the Americans win this thing by a couple points even though they only need a tie to retain their trophy.