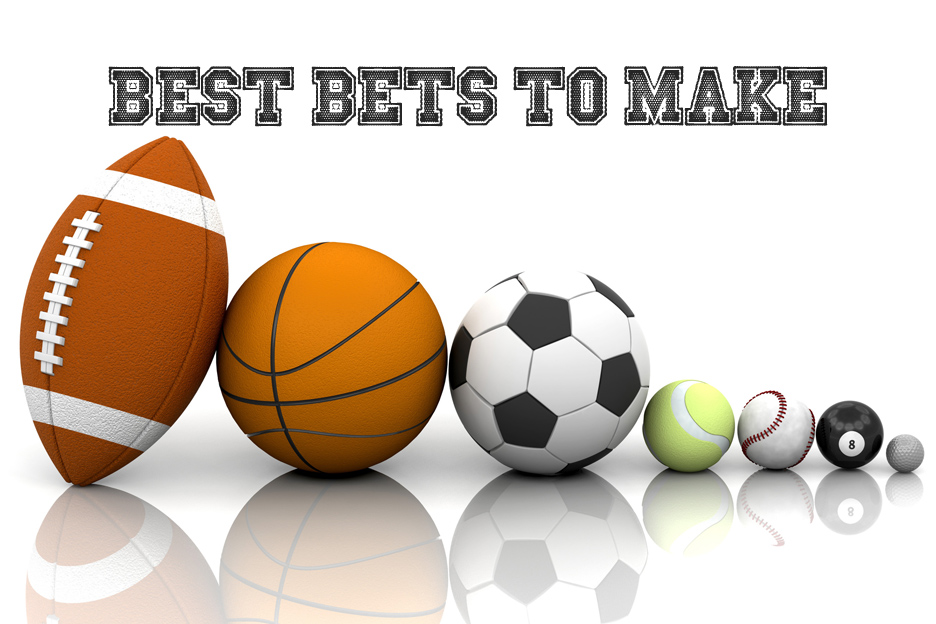 I mentioned recently that I’m writing a series of blog posts about sports betting. I’m trying to learn the intricacies of the hobby, and the best way for a guy like me to do that is to try to teach them to someone else. Luckily, I’m good at research and explaining.

In this post, I’m explaining the 7 most common types of sports and including information about how to place each type of bet. I’ve tried to include copious examples along with my explanations.

The information in this post is a little basic, so it’s probably best-suited for the beginning sports bettor. But even experience sports bettors might find something useful in this post. (Even with subjects where I’m an expert, I can learn some new distinction here and there.)

I’ve tried not to express too many opinions about which types of bets are better than which other types of bets. That’s such a personal decision and varies so much on individual experiences that it would be hard to justify any kind of blanket opinion from someone like me.

Any of these kinds of bets can be excellent or terrible, depending upon the situation. Judgment and discernment take time, study, and experience, and I can only provide some of that.

My goal was to explain each type of bet in plain English and include examples. If something isn’t clear, leave a note in the comments so I can update this post or answer your question in the comments.

Also, I’m in the United States, so if the names of these bets and how they work seem US-centric, that’s why.

A moneyline bet is possibly the most common and basic bet in sports betting. It’s just a bet on who’s going to win a particular sporting event. Point spreads and handicaps aren’t used. Instead, the book offers payout odds based on how likely they think one side is to win over another.

In Europe and other countries, these odds are usually offered in “decimal odds” format. The odds are stated as a decimal number, usually with 2 places behind the decimal point. The odds represent how much you’re expected to win versus how much you bet.

You just multiply the amount you bet by the odds to get your total return. That total return isn’t the profit; it includes the return of your original bet.

It can be helpful to convert odds to a probability of winning. The formula for that with decimal odds is simple enough—you simply divide 1 by the decimal odds.

If you think your probability of winning such a bet is greater than the “implied probability” based on the odds listed, then you’re looking at a potentially good bet.

You can also convert American odds to an implied probability. That’s a little more complicated, but it’s not too hard:

As you can see, we drop the – sign to do these calculations.

A spread bet is a bet that’s made against the spread. (“The spread” is also sometimes called “the line.”) Instead of changing the payoff for the bet based on who’s the favorite, the bookmaker handicaps the teams by requiring them to win by a certain number of points to pay off.

Spread betting is most common when betting on U.S. football. The spread, or the line, is represented by a negative or positive number beside the name of the team. For example, the Dallas Cowboys -3, the Washington Redskins +3 means that you’d subtract 3 from the Cowboys final score to determine whether they win the bet. The Redskins would add 3 to their final score to determine whether they win.

The bookmaker’s goal when setting up a spread bet is to give you a 50% chance of winning. They also usually require you to bet $110 to win $100, although this can vary based on the sports book.

If the adjusted score is a tie, the bet is considered a “push.” You get your original wager back, but you don’t get any winnings.

Sometimes the spread will include a half point, even though the game doesn’t have increments of 0.5 points. For example, the spread might be +3.5 or -3.5.

In these cases, a push is impossible.

Some sports besides football use similar bets. Baseball, for example, sometimes offers “run line” bets. These are spread bets, but the spread is always 1.5 runs. Run line bets are usually not 50/50 to win, either.

A puck line bet is the same thing, but for hockey, and it’s also always 1.5 points.

The trick with making money from spread betting is to win considerably more than 50% of the time. And that’s a real trick.

The “over/under bet” is also often called a “totals” bet. It’s just a bet on the final score of a game. The bookmaker will set an over/under for the game, and you can bet on either side of it.

As with spread bets, you usually need to wager $110 to win $100 with an over/under bet. The bookmakers are good at handicapping these games, too. They set the total at a point where they think you have a 50% chance of winning with either bet.

If the total score for the game is the same as the bookmaker’s prediction, the bet is a push—you get your original wager back, but no winnings.

Often, the total for a game will include a half a point, so it’s impossible to have a push situation. An over/under bet in that situation will always win or lose.

Keeping in mind what the public does and how it affects what the sports book offers is a key component of sports betting strategy. With a total bet, the public tends to bet the “over” heavily. People enjoy high-scoring games, and they tend to bet that way.

Fading the public is almost always a wise strategy. (In this case, “fading” the public just means betting against what they’re doing. And you can tell what the public is doing by watching what the bookmakers are doing to the lines.)

If any of the bets in your parlay lose, you lose your entire bet. You must win all the bets in the parlay to get the big money payoff, with one exception:

If one of the bets is a push, your parlay could still win. The payoff changes as if you were betting on one less game, though.

Parlay bets are fun for bettors who like to gamble for big payoffs. I like to compare them with slot machines, which offer big jackpots, but aren’t likely to hit.

Let’s say you’re good enough to be right 55% of the time when picking the winner for a game. Your probability of winning a 5-team parlay would be:

Let’s say the casino is going to pay you off at 25 to 1 for a 5-team parlay. 5% means you have 20 to 1 odds of winning, so the play is profitable, even though you’ll lose more often than you’ll win.

But you’re still winning enough money often enough to recoup your losses and make a profit.

Other phrases used to describe proposition bets are “specials” and “prop bets.” These are bets on specific situations that come up during a game or during multiple games. Most serious sports bettors don’t fool around with proposition bets.

An example of a proposition bet would be a bet on who the first player to score during a football game will be. Another example might be a bet that a specific player will score a touchdown.

The proposition bets available at a sports book are only limited by the imagination of the oddsmakers at that book. You can even find opportunities to bet on who’s going to win the coin toss during a game.

Like most of the bets I’ve covered so far, most prop bets require you to wager $110 to win $100. In the case of a bet on something like which team’s going to win the coin toss, it’s clear that you’re operating at a mathematical disadvantage.

In fact, you could subdivide prop bets into bets that are just for fun and bets that involve an element of skill. Serious sports bettors don’t take bets where they’re at a mathematical disadvantage, so a prop bet on a coin toss would be out of the question.

A teaser is a specific kind of parlay bet where you have a higher chance of winning but a lower payout when you do win.

Most teasers are placed on basketball or football games. When you place a teaser, you get a certain number of points that you can add or subtract to the spread to improve your chances of winning.

You still must win all the bets in the teaser to get paid out. You just have a better chance of winning because of the flexibility of being able to add and subtract points from the spread in the games.

A normal parlay might pay off at 2 to 1 or 3 to 1, but a teaser in that situation might only pay off at even money. The details vary based on the teaser being offered by the book.

The number of points corresponds to the number of teams in the teaser, too. The more teams you’re betting on, the more points you get to play with.

A future bet is a bet on something that will happen weeks or months in the future. For example, if a bookmaker offers a bet on who’s going to win the Superbowl in the first week of football season, they’re offering a future bet.

Future bets tie up your money for a long period of time, which is a major drawback. In the example above, a bet on who’s going to win the Superbowl is made in September, but you won’t know if you’ve won it or not until February.

Bookmakers love these kinds of bets, by the way, for the same reason that insurance companies like writing insurance policies. The principle involved is something called “float.”

By taking your money ahead of time for a bet you probably won’t win, the bookmaker has the use of your money for months at a time. This money can be reinvested in various ways, and even if you win your bet, the bookmaker comes out ahead because of the return on that investment over that period.

By the same token, if you’re a profitable sports bettor, you could be investing and re-investing that money into weekly or even daily bets on sporting events where you can get an edge.

Futures bets can be fun, but they’re not the road to riches in sports betting.

The number of bets you can make on sporting events can seem bewildering, but you can enjoy a fun and profitable career or hobby betting on sports just using the most basic of bets—the moneyline bets and spread bets. You can make money on totals, too.

Parlays, teasers, and futures are trickier. In fact, I’d suggest that those bets are best avoided except by the most sophisticated and clever of sports bettors.

If you’re an experienced sports bettor, what are your favorite types of bets to make and why?