Things to Consider When Betting on NBA Player Performance Markets 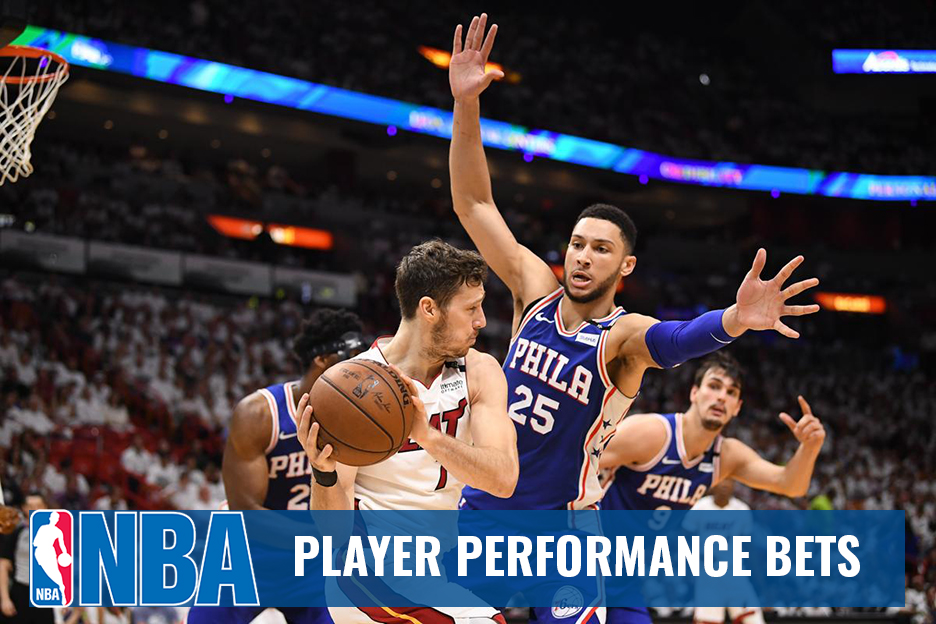 I love action! I enjoy spicing up NBA game nights with friends by placing some bets on the games but sometimes the offer of games is really subpar and unexciting. I found great value and fun in NBA individual player performance markets. If you find it hard to get excited about the game, rooting for your player pick might be the next best thing.

Sportsbooks have slowly been introducing NBA individual player performance markets in their betting markets offer. Most of the markets offer Over/Under on total points, total rebounds and total assists of individual players. There are also combined bets such as Over/Under on combined total of points, rebound and assists of a player, or exotic props such as whether a player will have a double-double or a triple-double.

Even though it can offer great value and fun to potential bettors, betting on individual player performances actually is quite complex and there are a number of factors you should consider. In this blog post, I have outlined some of the most common things to pay attention to when making your betting decisions.

The first thing that I dive into before deciding on my individual player performance picks for the night is to check out the team schedule. Players tend to perform more consistently and efficiently during home stands, rather than road trips. Players, whose teams are in the middle of tough back-to-backs or heavy road trips, tend to take nights off or suffer huge dips in performance.

It really helps with the initial selection of players that might be good to bet on. I can easily see which players had a rough time on the road and decide to bet on them to score fewer points in a particular game, or the opposite. Team schedules and results, including full box scores, can be found on NBA.com, or a number of other sports portals.

Basketball is a game of matchups and if you are going to be successful in betting on Player Performance markets, you have to understand how matchups work. I always highlight players that are facing very tough or very week defensive matchups in a given game. Take for example Kawhi Leonard, he can single-handedly neutralize the player he is guarding, keeping him often 10 points or more under their season average. On the opposite end, a weak defensive matchup can lead to an offensive explosion for some players.

IMPORTANT:
Take into account the overall defensive quality of the opposing team as well. While some players might not be terrific individual defenders, team’s defensive scheme can often make up for their deficiencies.

Also, beware of size and skill mismatches in players. A quick smaller guard might have a difficult time getting by a lengthy athletic one, even if he is not an elite defender. Similarly, a stretch-type big man might put up an offensive clinic against a traditional and larger big, even if he is a great individual defender.

3. Be Vary of Player Roles and Usage Rates

I cannot stress this enough. Looking at pure averages and cumulative stats of players doesn’t always provide a full story on player’s role in the team. The usage rate is something I like to take a look at when evaluating players to bet on. Usage Rate is the percentage of total plays used by a player while he is on the floor. High usage rate players often are the most productive ones in the team.

I also love the Sixth Man types. Their role is to come off the bench and often overlap with the starters while maintaining a high usage rate and plenty of minutes. At the same time, they are often facing other team’s bench units and have a significant edge on them.

I used to make a common mistake by solely focusing on the individual player’s matchups and form when evaluating players. I have learned the hard way that it is downright impossible to look at players in an individual bubble. Basketball is a team sport and the overall quality and current form of the team have a heavy impact on the performances of the individual players.

A high-quality roster tends to get better matchups and individual players often find easier scoring opportunities than players in mediocre rosters. Playing next to LeBron James or Kevin Durant will always yield less defensive attention to players surrounding them.

Team form is of great importance as well. Sometimes, I find myself watching NBA games and seeing teams that are just in the zone. They seem to enter a period of the season where everything is clicking, the chemistry is great and morale is high. Same is true in the opposite direction as well.

I put an extra emphasis on players that are playing for teams that are either on a particularly hot or cold streak.

5. Injury Report is Your Friend

Injuries are an integral part of sports, unfortunately, but they also provide a unique opportunity to find value when betting on individual player performances. An injury to a key player will significantly alter the role and usage rate of the rest of the squad. Staying on top of the injury report will help you find absolute gems since sportsbooks need time to adjust their odds and lines when unexpected injuries occur.

The popularity of fantasy sports has created a number of websites that you can use to track injury reports in NBA. Finding out that a certain player has missed the shooting practice or is expected to be a late scratch, will help you find players that are expected to pick up the slack.

One of the hardest adjustments to make when betting on individual player performances in the NBA is the transition from the regular season to the playoffs. Most of the teams conserve energy during the long NBA regular season and try to experiment with their rotations and player roles. As the playoffs approach, the teams tend to shorten their rotations and put more emphasis on their key players in the game plan.

Since playoff basketball in NBA is played in series, teams have more time to focus on a single team and game plan for them. During the regular season, they are facing a different team almost every night, so it is quite difficult to prepare intricate game plans. Some players explode, while others shrink in the playoffs as the teams figure out ways how to limit their production.

It is also important to note that playoff basketball, in general, yields lower scoring than the regular season basketball. The intensity and effort on the defensive side of the ball are much higher during the NBA Playoffs, so make sure to take that into account when making your betting picks.

7. Set Your Bias Aside

It is quite normal to have favorite players, as well as the ones we love to hate. Make sure you leave that passion for the actual games, rather than using it in making decisions on who to bet your money on. If you really dislike Steph Curry, it might not be a great idea to keep betting on him to have a bad night.

Try to be realistic when you are making your picks. Do your homework and try to look at players in a realistic light and evaluate how they might perform in a given game. Going with the gut feeling is a thing in sports betting as well, but make sure that your personal preferences are not negatively affecting the way you bet.

Different sportsbooks evaluate individual players differently, so they might offer different lines and odds. Make sure that you stay on top of this and always choose the sportsbook that will offer you the best value for your money. Also, some of the sportsbooks tend to react more quickly to injuries or sudden lineup changes compared to others. Make sure to exploit their weaknesses whenever you can and maximize your profits.

At first glance, it seems like a lot to take in. In reality, it took me just a week or two to get used to the individual player performance markets and my routine when evaluating which players to bet on. You do need to follow the games and news closely, but at the same time the game experience is improved and you have more things to get excited about.

Most of the sportsbooks that offer individual player performance markets have similar offers, but make sure to explore the offer and find the best value for your money. I really enjoyed the process before all, as it helped me learn more about players and teams.

In the end, you might decide to give it a go on a gut feeling, but you can always look back on this blog post and make sure that you maximize your value by following some of the points outlined here.