Spread betting is a method of attracting an equal amount of betting volume on both sides of the bet. It’s a commonly used for both gambling and financial markets. 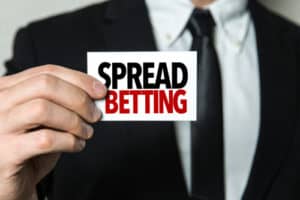 The basic idea behind the bet is to draw an equal amount of betting volume on both outcomes. From the bettor’s point of view either team can payoff, so the handicapper creates a scenario where bets are fairly evenly distributed between the two clubs.

This bet is most commonly used when betting on football and basketball. Experts who know the specific sport they’re handicapping inside out and who also know sports betting in the same way derive the spread. Often they use computer programs, insider information and specific methodologies they’ve developed.

The point spread in NFL football can be as low as ½ point and as much as 22, but the most common NFL point spreads range from 3 ½ to 10 points. Because there’s overall parity in professional football, the spreads tend to be fairly small. Normally, the home team in an NFL game is given three points just for home field advantage. Thus, if you see the home team at -3 ½ that game is considered to be a fairly even match. 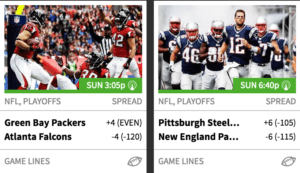 College football bets can be especially large as mismatches often occur. NCAA sports programs can vary a lot and many times the best teams remain the best because they continue to sign the very best players. Just like for NFL, college football wagers can be as small as ½ point. But they can also be 50 points or more.

How to Play It

These bets need to be analyzed carefully, taking into consideration every aspect of both competing teams, recent past performances, injuries and matchups. Playing hunches can be dangerous with any form of betting but it is especially dangerous when wagering using the spread since very little whimsy went into determining exactly what it should be.

Often you’ll be given the choice of wagering on a game using the point spread or the moneyline. Of course, the point spread gives points to the team that is considered to be the underdog. Sometimes they’re so small or, contrastingly, so large that they make it impossible to make a sound decision.

It’s then you may want to turn to the moneyline due to the fact that after your analysis, you have a good idea about who will win outright. That being the case, you want to consider wagering using the line rather than the spread. This usually occurs when the favored team has such a large spread that it seems unlikely they will cover. If you can take the moneyline in this situation then go with it.

If the moneyline is not available or you’re unsure of the outcome of the bet for some other reason, you can simply not wager on the game. You don’t have to bet on a game; you can always pass it up.

This bet is designed to make choosing a winner difficult for the best sports bettors. Prior to engaging in any sports betting, you must take some time and do a thorough analysis. Don’t take it lightly. Respect it. Experts in the field have developed it. (Also read the Wikipedia page.)