While football continues to reign supreme as America’s most popular sport, basketball isn’t far behind. The National Basketball Association (NBA) is the most prestigious basketball league in the world, and basketball as a whole is growing rapidly on a worldwide scale.

More and more countries are beginning to establish themselves as basketball hotbeds, including Spain, China, Argentina and France in addition to the United States. The NBA’s regular season is an 82-game marathon, but what should you know about the league’s playoff system?

How Does the NBA Playoff System Work? 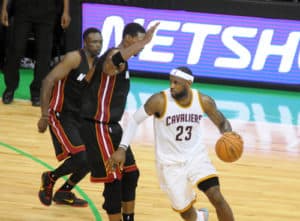 The NBA is divided into two 15-team conferences (Eastern and Western), with three five-team divisions comprising each conference. Of the 15 teams in each conference, eight will qualify for the postseason.

Those eight teams in each conference will be seeded one-through-eight based off of their respective records during the regular season. In the first round, the No. 1 seed will face the No. 8 seed, No. 2 will face No. 7, No. 3 will play No. 6 and Nos. 4 and 5 will square-off.

All four rounds of the playoffs are a best-of-seven format. This means that whichever team wins four head-to-head games first will advance to the next round. The teams with the higher seed in a given matchup will also secure “home court advantage,” meaning they will be guaranteed four home games over the span of the potential seven-game series.

Since 2013, all rounds follow the same home-away format. The sequence is 2-2-1-1-1. This means the team with home court advantage hosts the first two games. The next two games will be played in the other team’s arena. Starting with game five (if necessary), the series will shift back to the arena of the team that hosted the first two games. Game six goes back to the team without home court advantage, and all game sevens take place on the higher-seeded team’s home court.

Eastern and Western Conference teams will face fellow conference teams through the first three rounds. The two teams that emerge from their respective conference playoffs will meet in the NBA Finals.

As mentioned above, win-loss records determine playoff seeding in each conference. If two or more teams happen to finish with the same win-loss record, tiebreakers take effect. Head-to-head results from the regular season is the first tiebreaker among teams with the same overall record. Whether a team won its own division is the second tiebreaker.

Previously, the three division winners in each conference were awarded the top three seeds, regardless of record. This rule was changed prior to the 2015-16 season in order to more accurately seed the eight playoff participants in each conference.

All playoff teams must set their 15-man rosters prior to the beginning of the postseason. Teams may designate two players as inactive for each game, meaning up to 13 players may be available to play in a given playoff game.

Any player that was on a team’s roster for at least one regular season game is eligible to play for that team in the playoffs. If a player was on another NBA team’s roster after March 1st, they are ineligible for postseason play with their current team.

What are Some Memorable Moments? 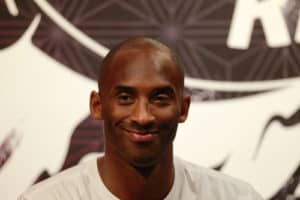 Historically, higher-seeded teams have fared quite well when it comes to the NBA playoffs. There isn’t as much parity as there may be in some other sports, and in most cases the favorite will come out victorious.

That has not always been the case, of course. There have been five instances in which a No. 8 seeded team has taken down a top seed in the first round. The first instance came back in 1994, when the No. 8 Denver Nuggets shocked the No. 1 Seattle SuperSonics in the first round. Back then, the first round was a best-of-five format.

The New York Knicks beat the Miami Heat as a No. 8 seed in 1999, whileh the 2007 Golden State Warriors, 2011 Memphis Grizzlies and 2012 Philadelphia 76ers also accomplished the feat. The aforementioned ’99 Knicks remain the only No. 8 seed to reach the NBA Finals, where they were beaten by the San Antonio Spurs.

The 1994-95 Houston Rockets, who were seeded No. 6 in the west, are still the lowest seed to ever win the NBA championship.

No NBA team has ever blown a 3-0 series lead to eventually lose a playoff series. Teams have blown 3-1 leads, however, with the 2016 Golden State Warriors most recently accomplishing the feat in the Finals, when they were beaten by LeBron James and the Cleveland Cavaliers.

As far as individual moments are concerned, Michael Jordan’s “push-off” jumper from the top of the key in Game 6 of the 1998 NBA Finals remains one of the enduring images of his Hall of Fame career. The shot propelled the Bulls to their sixth NBA title, and, before he eventually returned with the Washington Wizards, was thought to be Jordan’s final shot in the NBA.

Willis Reed’s dramatic return from injury in Game 7 of the 1970 NBA Finals is also legendary. Nobody knew if Reed would play after suffering a torn muscle in his right thigh during Game 5. Reed wasn’t with the Knicks during pregame warmups, but eventually emerged from the tunnel after taking a pain relief injection into the injured leg. Reed wouldn’t go on to be much of a factor in the game, but his inspiring decision to try and play through injury helped the Knicks beat the Lakers for the franchise’s first NBA title.

Let’s also not forget Magic Johnson’s heroic fill-in spell, as well. With Kareem Abdul-Jabbar injured late in the 1981 Finals, Johnson, a rookie point guard, filled in as the Lakers’ starting center. He would go on to play all five positions at one time or another during the team’s Game 6 victory over the 76ers. Johnson finished the game with 42 points, 15 rebounds and seven assists in leading LA to his first of five championships.

The Los Angeles Lakers hold the record for most NBA postseason appearances with 60. The Boston Celtics (53), Philadelphia 76ers (47), Atlanta Hawks (45) and New York Knicks/Detroit Pistons (41) round out the top five.

The Celtics have won a record 17 NBA championships. The Lakers aren’t far behind (16). The Bulls are the next-closest team with six titles, followed by the Spurs (five) and Philadelphia/Golden State Warriors (four).

Do Teams Change Their Approach for Playoff Games?

We have seen many instances of teams tightening up once the playoffs begin. While some coaches may play as many as 10 players in the regular season rotation, playoff rotations have a way of closing up a bit. Teams will lean more heavily on starters with just a few key contributors logging time off the bench.

Historically, the pace of play also slows down once the playoffs roll around. While that theory has been tested in recent years as the “pace-and-space” style of the NBA has become popular, teams are more focused on taking every possession incredibly seriously.

This can lead to lower scores and more defensive-minded games. As a bettor, taking on an NBA playoff game can certainly be different than placing a wager on a regular season contest. Teams tend to make a better effort on the defensive end, and nerves can negatively affect the way certain players perform offensively.

This is not always absolutely true, of course, but taking a closer look at how certain teams and players have fared in the past in certain playoff situations may be a good indicator of future performance.