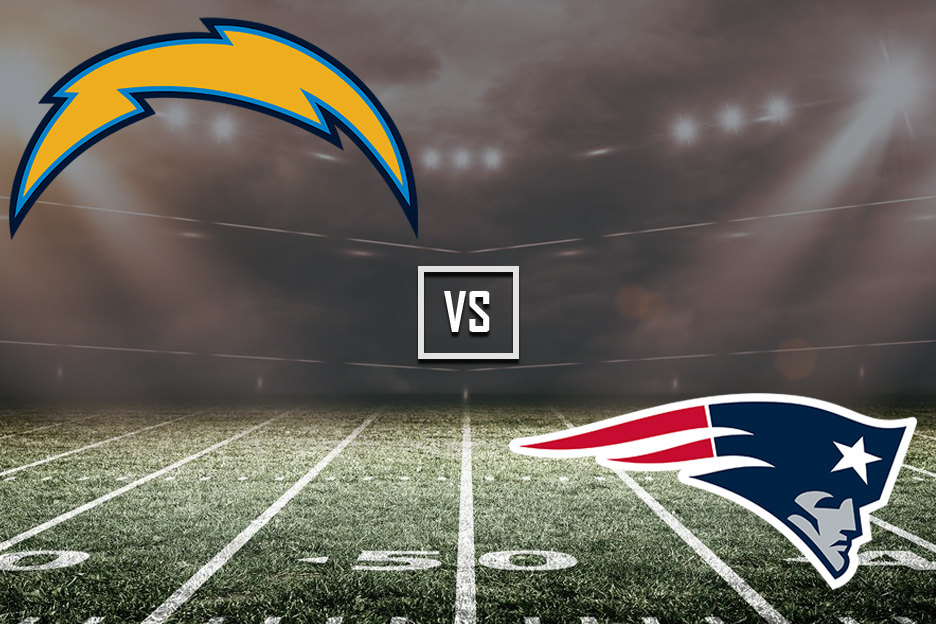 The 2019 NFL playoffs haven’t been all that exciting to this point. Only one game truly went down to the wire and in the wild card round nobody scored more than 24 points.

I don’t know if it’s more of a buzz kill or simply pathetic. Either way, postseason play hasn’t really started yet in my mind. There were technically three upsets last week, but the Eagles taking down the Bears in Chicago was the only true underdog pick I personally didn’t see coming.

The good news is I did see two of them calling, as I bagged the Colts and Chargers (2-0 on the week) and got our readers two sweet upset picks in the process.

This week there are four big favorites and if they don’t win, just about everyone will have to admit they’ll be quite shocked.

The Chargers would be one of those teams trying to stage a huge upset. Philip Rivers has quite the tall order on his hands, as he’s tasked with taking down a New England team he’s literally never beaten (0-7). I’m not sure he can make it happen, but I’ll loudly admit I absolutely want him to find a way.

Hoping and projecting are two different things, of course. NFL bettors need to separate emotion from logic and pick games (and wagers) that will lead to sustained profit.

There is a clear path to winning some cash in this game and I think it lies with the Bolts to at least beat the spread. Backing the Chargers is very risky here, but I think a +4.5 point spread can be edged out if L.A. plays their cards right. Here’s why:

New England of old would never be a fun team to bet against. Heck, they’re still 4-0 against playoff teams this season and a blistering 8-0 at home. Those aren’t things to be trifled with and an entire week off for an aging bunch shouldn’t be overlooked, either.

But still, the Pats are not some massively explosive, dominant team this year. They just aren’t.

The Patriots have housed a couple of teams, but they’ve also let some bottom feeders give them a tough time. Playing in the cakewalk AFC East, it’s quite arguably New England wouldn’t even be in the playoffs if they were in a tougher division.

The numbers don’t lie. The Pats only had seven double-digit victories on the year during the 2018 regular season and a handful of those were pretty misleading. A 31-17 win over the Green Bay Packers was close until the final stanza, while two-score wins over the Jets, Vikings, and Bills weren’t exactly blowouts, either.

New England has scraped by in a lot of their wins and it’s been far worse when they’ve lost. The Pats only succumbed to their opponent five times this year, but three of those five games resulted in crushing blowouts.

If you’re expecting the Patriots to just show up and hang 40 points on the Chargers simply because they’re the NFL’s best dynasty, think again.

The Pats did handle the AFC East quite well, but nobody will be shocked to learn they were a very pedestrian 5-5 against the spread outside of their division.

None of this says the Patriots won’t win or can’t possibly win by a good amount. But recent history doesn’t support New England to run the Chargers out of the building this weekend.

L.A. is Very Good on the Road

The other thing is the Chargers are pretty good.

They just went into Baltimore and dominated the Ravens. Sure, the Bolts gave up a ton of points in the fourth quarter to allow the game to be interesting for half of a second, but that game was always theirs to lose.

That big road win may have begun a fun journey to the franchise’s first Lombardi Trophy. The challenge of running the table certainly isn’t so daunting for this Chargers team, especially since their latest road win was their eighth of the year.

L.A. was a staggering 7-0 outside of L.A. this season, with their lone road loss coming “at home” in Los Angeles against the Rams.

This Chargers team can run the ball, slice up defenses with the pass and play balanced defense. They’ve proven they can do all of that effectively – and consistently – in hostile road environments.

Doing that against the Patriots in their home stadium is definitely different than doing it anywhere else, but the Chargers have laid out a winning foundation. They’re not scared and anyone betting against them probably should be.

In the name of fun NFL narratives, can Philip Rivers please kill two birds with one stone this week? The guy is easily one of the best quarterbacks in league history, while he’s undoubtedly in the top-10 for quarterbacks who have yet to even play in a Super Bowl.

There isn’t a better shot at a career-defining season than Rivers finally beating Tom Brady en route to his first ever Super Bowl run. Of course, a win this weekend doesn’t guarantee Rivers gets his shot in Super Bowl 53, but it’d advance the Bolts to the AFC title game.

The point here is everything does seem to be working against Rivers and the Chargers, but eventually, things have to go the other way. If there was ever a time for Rivers to get that elusive first win and try to push his team toward a title, this would be it.

Not only is this arguably the best rendition of the Chargers Rivers has ever seen, but the Pats aren’t their dominant selves. It’s going to take everything the Bolts have, but Rivers finally getting over the hump is a huge underlying narrative that could give the Chargers the extra juice they need.

As badly as I want this for Rivers and the Chargers as a whole, I don’t see them marching into Foxborough and upsetting the Pats. New England hasn’t lost at home all year and are an annoying 7-0 in their last seven Divisional Round playoff games.

Even when they’re not quite themselves, the Pats find a way to make one more play than the opposition or execute in the final moments to give them a narrow edge.

The thing I’d hang my hat on here is the narrow edge. I don’t think the talent gap is large and from a strict ability perspective, I’d argue the Chargers are actually the better team. However, the Pats have the home field edge, they have the coaching advantage and they also have way more postseason experience.

That stuff matters and it’s ultimately going to help New England get back to the AFC title game for the seventh season in a row. Man, that’s dumb to read aloud.

Seriously, they’re a group of cheating ridiculous robots that simply churn out wins at a high level. The Pats win, but L.A. has a fire about them. They also have talent, know how to keep games close and aren’t afraid of ticking off fans on the road.

The Chargers will keep this one very interesting, but Philip Rivers’ playoff fate remains unchanged.