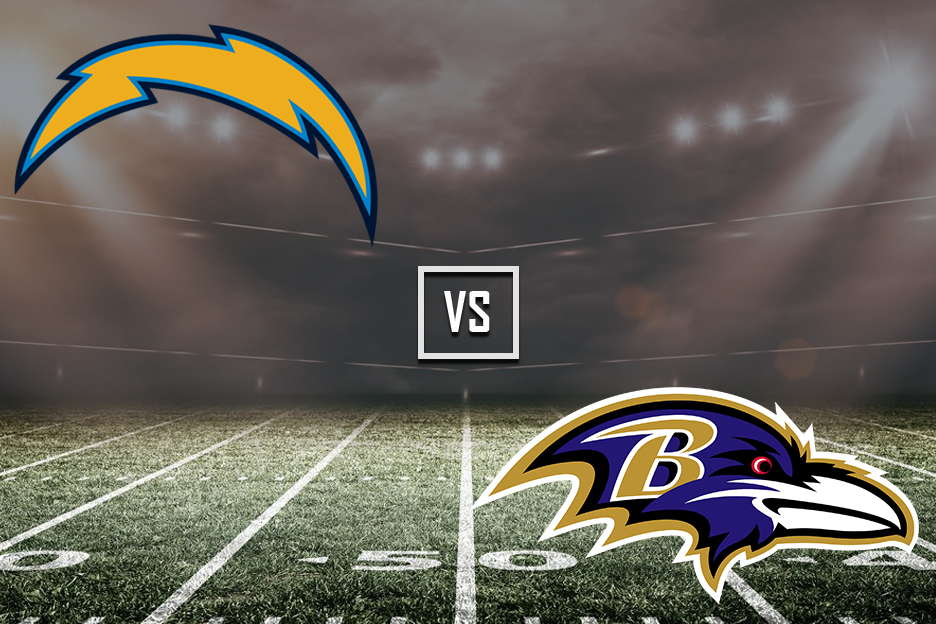 The first round of the AFC playoffs is all about familiarity. The Texans and Colts will wage war for the third time this year, while Philip Rivers will lead his Los Angeles Chargers into Baltimore to battle the Ravens for a second time.

That second crack at the Ravens figures to benefit the more talented Bolts, who couldn’t work their way around Baltimore’s stingy defense and the run-balanced offense just a few weeks ago. Baltimore had been fighting for their playoff lives, however, and things could be different this week with both teams facing a “win or go home” situation.

I tend to favor the Chargers in this spot. They’re on the road against a team that got the best of them recently, but repeat matchups like this often go the other way.

Here are a few reasons why betting on the Chargers might be the right move this weekend:

You don’t have to want the Chargers to win, but it wouldn’t be a bad thing for the league. Philip Rivers is one of the best quarterbacks to never win the big one and at age 37 honestly might have his best opportunity to do that yet.

Aside from what drives Rivers and his actual talent, he’s got a fully loaded offense that can run the ball or attack through the air, as well as a steady defense that can keep the Bolts in games.

The foundation has been set for Rivers to make one last deep run and with time running out on his impressive career, that narrative may be one to get behind.

Rivers hasn’t always been able to get to the playoffs, but he’s certainly had success once there in the past. Rivers helped the Bolts get to the conference title game in 2007 and blasted the Bengals to advance out of the second round in 2013.

There is a real chance here for a wild run and considering the wily Rivers is enjoying arguably his best season as a pro, it stands to reason he’d get hot when it matters most. The Ravens are a brutal matchup on the road, but the beauty here is Rivers doesn’t have to do it all on his own.

Still, Rivers will be dialed in with such a great chance in front of him and you know his entire team will be trying to get him that elusive Lombardi Trophy before he calls it a career.

L.A. Is a Team of Destiny

Perhaps Rivers’ slowly eroding career plays into it, but the Chargers feel special this year. It seems every season there is at least one team – if not several – that carry a mystique and come of as a team of destiny.

L.A. has enjoyed a few clutch wins to support that narrative, including a tense win over the Chiefs a few weeks back where head coach Anthony Lynn opted to go for the win with a two-point try.

That resulted in the Bolts winning the game and also kept them alive for the AFC West and a first-round bye until the final week of the regular season. Neither of those things played out as L.A. would have hoped, but that mentality certainly props the Chargers up as a talented team that didn’t come here to simply compete.

The Chargers are stacked with talent, loaded with narratives and they’re not afraid to take on some risk as they attempt to win it all. Will it end with a glorious championship run? That remains to be seen, but I find it hard to believe their magical ride comes to screeching halt as early as wild card weekend.

The Chargers Can Win on the Road

Another thing that plays into this year potentially being the year of the Chargers is the fact that they’ve been incredibly resilient on the road.

The Bolts went a mind-boggling 7-1 away from home during the regular season, with their lone defeat surprisingly coming in Los Angeles to a very good Rams team.

Suffice to say, the Chargers are well traveled and have displayed the ability to fend off home crowds and play out of their comfort zone all season long. L.A. does this at a high level, while the growing speculation that their own stadium still doesn’t “feel like home” plays into their apparent preference to play on the road.

This playoff journey will largely see the Chargers play away from Los Angeles, so going into Baltimore and trying to snag the upset won’t come as something new, nor the only time they’ll have to do it if they want to make a Super Bowl run.

The Chargers are loaded offensively, they defend, they have narratives and they can win on the road. All of that alone probably has me buying them to at least emerge out of this weekend’s wild card round, but something more telling is the true nail in the coffin; the Ravens aren’t sustainable.

Playing elite defense and running the football absolutely is a solid formula for championship football, but when facing good teams in the playoffs, you need to either be a little creative or have the threat to flex your muscle in your weakest of areas.

If the Ravens are going to win, at some point raw rookie quarterback Lamar Jackson is going to have to burn the Chargers with his arm.

Not only does that feel like a reach based on who he’s been during Baltimore’s improbable run, but L.A. getting a second look at him makes it all the more likely they figure him out and shut this one-dimensional offense down.

The Chargers know what the Ravens are going to have to do on both sides of the ball to win and they know first-hand how they hope to get it done.

L.A. did not control the game the first time around, but with both teams facing the end of the year, I’m favoring the more talented squad in their second attempt to figure out a predictable offense.

The only real hiccup is Baltimore’s tough defense. However, as good as the Ravens have been defensive, they’ve still got a brutal matchup in front of themselves and can’t afford to make any huge mistakes. At some point, their own offense is going to hurt them and I expect the better team to take advantage of that.

Vegas has this thing priced tightly and for good reason. However, I like the Chargers to continue their road dominance in a close win as they move onto the Divisional Round.