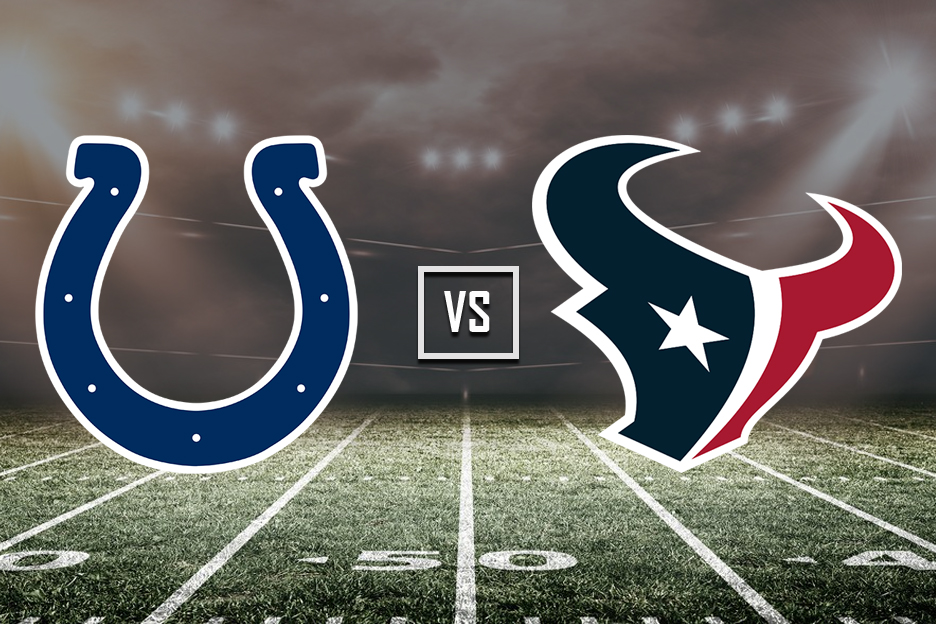 Pro football fans get the ultimate rubber match this weekend, when AFC South rivals in the Indianapolis Colts and Houston Texans meet for the third time this season.

Andrew Luck and company narrowly missed out on claiming an overtime thriller early in the year, but bounced back to win nine of their last 10 games, including a must-have showdown in Houston just a few weeks ago.

Deshaun Watson and the Texans took the division and have looked like the more balanced team as a whole, but these teams are otherwise extremely evenly matched. Vegas agrees, as the hometown Texans are mild -2.5 favorites at Sportsbetting.ag.

Fans can go either way in what should be an explosive battle (48 Total), but what should bettors do? I find myself leaning towards the Colts and there are a few reasons why:

Whenever I’m picking NFL playoff games the first thing I do is gauge who has the more reliable quarterback situation. Even if the offense isn’t going crazy, having a competent decision-maker under center really makes a huge difference.

Bettors might not realize that based off of Nick Foles, Case Keenum and Blake Bortles going on wild rides last year, but it’s still usually the case.

The problem in this matchup is both teams are pretty even in that department. However, I’m giving the edge to Luck. He’s about as athletic as Watson, but is a superior pure passer and spreads the ball around a bit better.

He’s also simply on fire this year. There must be something about missing an entire season of football that gets you amped up to play your best, but Luck’s been on a tear even before the Colts started bouncing back from an ugly 1-5 start.

More importantly, Luck has carved up this Houston defense. Even in a 37-34 loss earlier this year, Luck had one of his finest efforts of the 2018 campaign and just a few weeks ago he buckled down for another solid showing in a win.

Luck knows the Texans and he’s had quite a bit of success against them. I don’t expect that to stop in a must-win game with Indy’s season on the line.

I’ve seen some experts floating around the narrative that Houston is the more experienced team. They do have some high impact guys like J.J. Watt and DeAndre Hopkins that have sniffed playoff success, but Houston has still never made it out of the second round.

Indy’s last stop in the AFC playoffs included a trip to the conference championship game. They did end up getting obliterated by the New England Patriots, but this team has players that know how to go on a run. You can’t yet safely say that about Houston.

The experience where it matters most resides with the Colts, too. Deshaun Watson is dynamic, explosive and at home. But this is still his first playoff rodeo.

Houston as a whole hasn’t always performed up to expectations during postseason play, either. Their playoff success consists of wins over the Bengals (twice) and a Raiders team that had to force Connor Cook into a start.

None of that is very encouraging.

You can opt to confide in experience for this game, but just be sure it’s on the right side. Houston may collectively have more playoff tread going into this game, but I prefer to side with Luck, T.Y. Hilton and the Colts.

A massive key to this game is pass protection. Andrew Luck’s improved offensive line has been one of the better stories in football, as he’s taken just the 30th most sacks on the year.

Luck has historically been one of the more battered quarterbacks in the NFL, so this has been a breath of fresh air. On top of that, Luck inherited a new weapon in Eric Ebron and Indy committed to a more balanced attack as the season wore on.

All of that helps Luck, while his decisiveness has also helped get the ball out quicker and assist in those lower sack numbers.

Houston can’t say as much. In fact, they’re forced to say pretty much the exact opposite. While Luck is near the bottom of the league in sacks absorbed (18), Deshaun Watson is at the very top with 62.

It’s a mild miracle Watson is still standing at this point in the season, but health aside, he’s constantly at risk of being pressured or having drives stalled due to horrific pass protection.

That was a problem for Houston all year and it didn’t stop being an issue when they faced the Colts. Indy has a no-name defense for the most part, but they actually pieced together a solid pass rush (38 sacks) that hung near the middle of the league.

We saw this in the first meeting between these two teams, where Watson was sacked a jaw-dropping seven times. It wasn’t much better in round two, where the second-year passer was greeted with five more takedowns.

If you ask me, the only real edge the Texans have this week is the fact that they’re at home. I’m sure the home crowd will get up for this one, but let’s keep in mind this series should have very likely been 0-1-1 in favor of Indy this year.

The Colts had otherwise out-played the Texans in both meetings. They’re more balanced in the way they approach games, they spread the ball out more and they protect their quarterback far more.

This game still has massive scoring upside, should remain close and may come down to one bad play. It might even come down to simply who has the ball in the final minute of the game.

Either way, all signs point to the Colts in this one. I love the value with Indy as a straight up underdog play and a nice secondary option is the Over at -110.