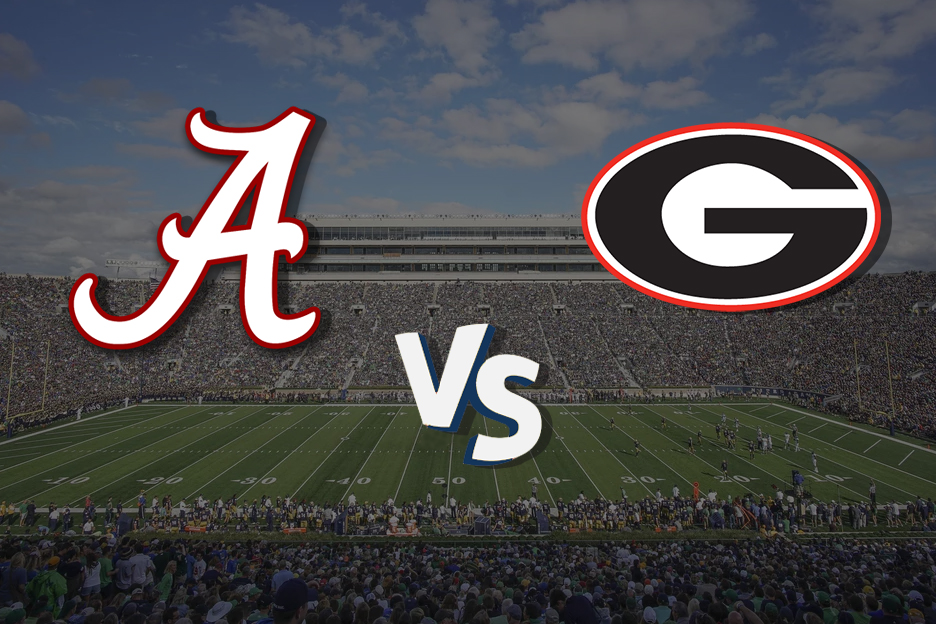 On Saturday afternoon at 4 PM EST, we will be looking live at Mercedes-Benz Stadium in Atlanta for what should be an epic SEC Championship game. The 12-0 Alabama Crimson Tide will face off with the 11-1 Georgia Bulldogs in a rematch from last year’s thrilling National Championship game, which was held in the same venue.

Alabama got the better of its conference foe in that one in thrilling fashion, as a game-ending 41-yard touchdown pass from Crimson Tide star Tua Tagovailoa to DeVonta Smith pushed Alabama to a stirring 26-23 victory. Beyond the high stakes of the SEC crown, this tilt has massive implications for this year’s College Football Playoffs.

A win by Alabama confirms they will be locked into the #1 seed, while Georgia likely needs a win and for other things to break just right to earn a ticket to the dance. This has all the makings of a great one, so let’s dive right in and take a look at this matchup in full detail.

As is stands right now, Alabama is the clear cut top team in the nation. The Crimson Tide have been a juggernaut on offense in 2018, and tis defense is one of the best in the nation. It’s not a reach to say that this looks to be the finest team in Alabama’s recent dynasty era.

That said, Georgia is no slouch, and they come into this one knowing they pushed their conference rivals to the limit last year. The Bulldogs bring their hallmarks of a stellar running game and a stout defense to the table, and you can rest assured that head coach Kirby Smart is more than up to the task of matching wits with Alabama head coach Nick Saban once again.

While Alabama being solid defensively is generally something that goes without saying, the team’s offense has really been a sight to behold in 2018. Heisman Trophy favorite Tua Tagovailoa has been playing out of his mind. He has thrown for 36 scores versus just two picks on the year, and he ran in another five touchdowns for good measure. Tagovailoa is a lethal weapon who can break a game open in an instant.

The Bulldogs can’t match the Crimson Tide in flash this season, but their offensive unit has been productive and balanced. Sophomore QB Jake Fromm has been solid with 24 touchdowns versus five picks, while D’Andre Swift and Elijah Holyfield have combined for a devastating one-two punch out of the backfield. The defense is in the same league as Alabama’s, but the question is whether or not they can slow down Tagovailoa and company.

Alabama has the clear edge on offense due to its strength in the passing game, but that could be balanced out if Georgia can control the clock and unleash its backs. Defensive averages are nearly a wash, but the Crimson Tide are doing a much better job of getting to the quarterback.

Protection is in the same neighborhood, with Georgia allowing 16 sacks on the year versus Alabama’s 11, but the football gods are clearly favoring the Crimson Tide on the turnover front. While we can certainly point to Alabama as the better team on paper, these two schools match up well. That should translate into an excellent game on Saturday afternoon.

Including last year’s title game, these two schools have played eight times dating back to 1995. Alabama has a 5-3 edge straight up over that span, and a record of 3-4-1 against the spread. The Over has been the correct call six times, including two of the last three meetings.

Last year’s national title game saw Alabama enter as a 3-point favorite in a game with a projected total of 44.5 points. The Crimson Tide walked off the field with a 26-23 victory. For this matchup, Alabama is a big 13-point favorite, while the Over/Under has climbed up to 63.5 points.

Alabama has been dominating every team in its path, so a spread that’s approaching two touchdowns is certainly justified. On the season, the team’s closest margin of victory was a 45-23 win over the Texas A&M Aggies. Even more impressively, they posted back-to-back shutouts over LSU and Mississippi State a few weeks back. Both squads entered those games with national rankings.

Georgia has suffered but one blemish on the year, a 36-16 defeat to LSU. Outside of that, they have cruised through the season with a number of dominating wins, including last week’s 45-21 thrashing of Georgia Tech. A 7-1 mark in the absolutely loaded SEC conference is nothing to sneeze at, and that serves as a testament to the overall strength of the team.

Despite the big spread, this shapes up to be a good one. While we like the Crimson Tide to win outright, Georgia matches up well enough that they can make them sweat more than they have thus far this season. This one has the makings of a hard-nosed affair that stays competitive into the final quarter.

We’ll take Georgia plus the points in what should be a great SEC title game.