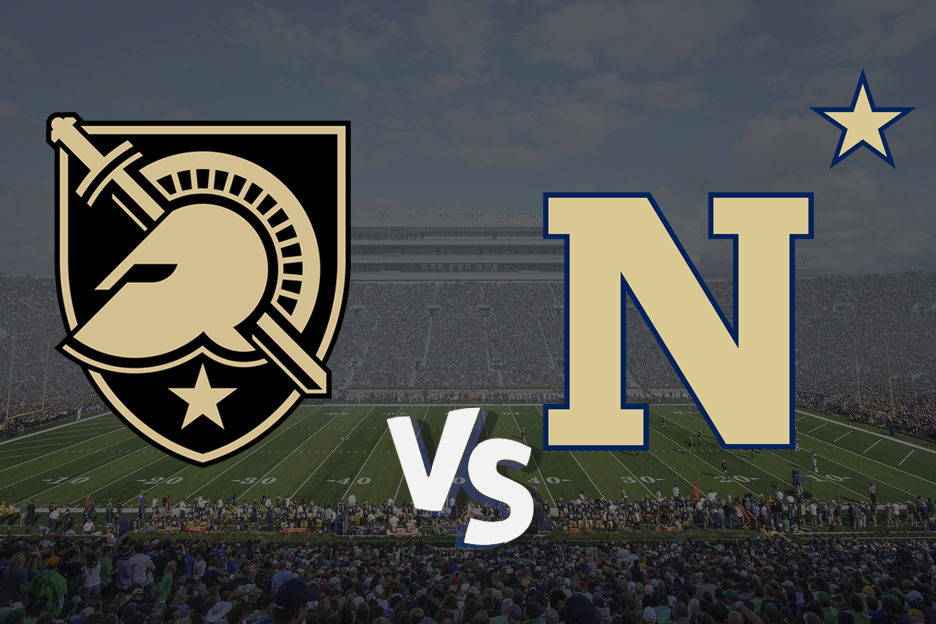 There’s just one game on the docket for college football this week, but it’s a special one. For the 119th time, the Army Black Knights will face off with the Navy Midshipmen. The game kicks off at 3 PM EST at Lincoln Financial Field in Philadelphia, and it will broadcast to a national audience on CBS.

Army has had itself a solid season, while rival Navy has fallen on some hard times. However, rivalry games have a tendency to bring out the best in both sides, and that’s especially true for one with such a history as this one. It shapes up to be an entertaining game, so let’s dive right in and take a look at this matchup in full detail.

After opening the season with a 34-14 road loss at Duke, the Knights won two straight games. They faced off with the Oklahoma Sooners afterwards, and Army proceeded to give the College Football Playoff squad one of its stiffest tests of the season.

Oklahoma pulled out a 28-21 win in what was a relatively surprising close game. The Knights have not dropped a game since that point, and they enter this contest riding a seven-game winning streak.

The season has not gone along as swimmingly for Navy. The squad won two of its first three – including a close 22-21 victory over Memphis – but the bottom quickly fell out from that point. The Midshipmen dropped seven in a row before winning another game.

The victory came at the expense of Tulsa two weeks back, a 37-29 victory for Navy. The team dropped a close 29-28 decision to Tulane last time out. Army already has a bowl game lined up for December 22, but this will mark Navy’s final contest of the year.

Army will be facing off with Houston in the Lockheed Martin Armed Forces Bowl, a game that looks to be pretty fascinating due to the different styles of play for both squads. As for this tilt, Army and Navy both bring powerful running games to the table, but they are quite anemic through the air.

Defensively, Army has the clear statistical advantage. On the year, Navy has given up 30 or more points on seven different occasions. For Army, they have held nine of the 11 squads they have faced to less than 30 points, with Duke and Miami-Ohio the only ones able to break through for more than that versus the Knights.

As mentioned up above, this marks the 119th meeting of these two rivals. The first meeting took place way back in 1890, a 24-0 victory for Navy. All told, the Midshipmen hold a 60-51-7 edge in the series. Army is riding a two-game winning streak for the annual meeting, but Navy has been in control on an overall basis for the past decade.

For the last 10 meetings of these two squads, Army is just 2-8 straight up, but the Knights have a mark of 7-3 against the spread over that span. Interestingly, the Under has come out for each of the last 10 games.

If we drill down into the last three games, we find that these annual contests have been incredibly close. Back in 2015, Navy was a 21-point favorite in a game with a projected total of 49.5 points. The Midshipmen walked off the field with a 21-17 victory.

The following year, Army finally snapped its lengthy losing streak versus Navy, who was favored by six points entering the contest. Army prevailed by a final score of 21-17, well under the Over/Under of 46.5 points that oddsmakers had set for the game.

Last year’s game was even closer, as Army pulled out a 14-13 victory. Navy was favored by 2.5 points in a game with an Over/Under of 44.5 points. In short, the last three meetings of these rivals have been decided by a grand total of nine points.

The spread is a bit larger this time around, and Army is the favorite due to its much better record and overall play. As of this writing, the Knights are 7-point favorites in a game with a projected total of 40 points.

From a bottom line perspective, Army is a much stronger squad in 2018. They should prevail as a result. Recent history suggests that we will see an incredibly close and tight affair, but the poor overall play of Navy in 2018 makes it tough to view that as anything resembling a sure thing.

Army’s season can already be considered a success, but it seems highly unlikely the team will not be coming to the field ready to play on Saturday. In spite of their struggles, we can say the same about Navy. The season may not have turned out as they had hoped, but a big victory over its rival would certainly provide at least a little solace.

In the end, Army is just too strong this year. We’re expecting a spirited effort from both squads, but the Knights should win outright. That said, Navy should be amped up enough to keep this one interesting.

We’ll take Navy plus the points.