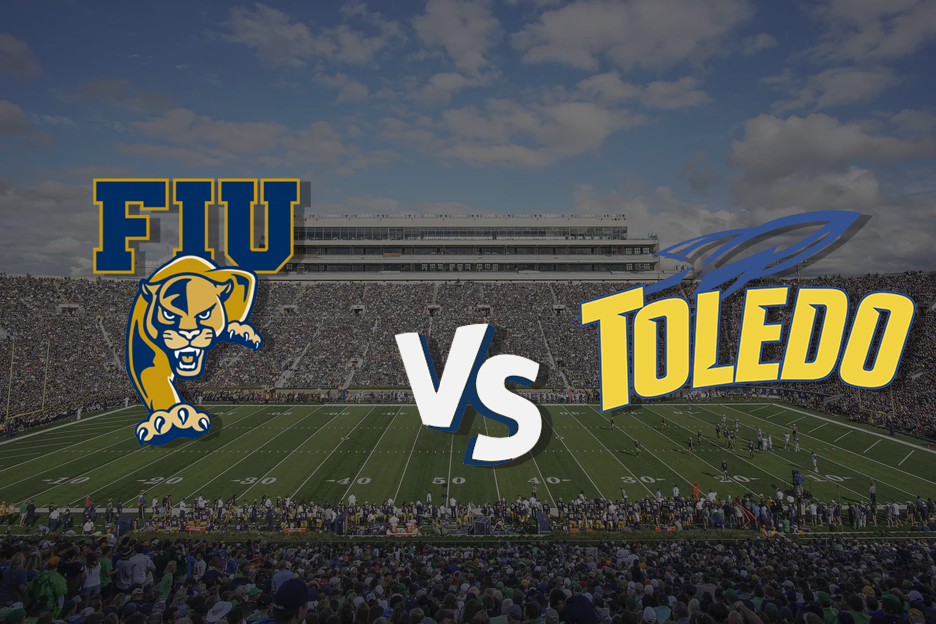 The Bahamas Bowl is a battle between Conference USA and the Mid-American Conference or their preferred moniker “The MAC”.

Conference USA will have the opportunity this Friday afternoon in Nassau to go up two games to none vs the MAC this bowl season. This past Tuesday at the Boca Raton Bowl, The underrated and now 11-3 UAB Blazers dominated Northern Illinois for a 37-13 win.

NIU won their division in the MAC but were outmatched that night.

Bahamas Bowl participant Toledo finished in a three-way tie for second place in the competitive MAC West behind Northern Illinois. FIU also finished tied for second in their division, even though they beat the C-USA East-leading Middle Tennessee State.

Whew, that’s a lot of geography for just a few sentences.

FIU head coach Butch Davis seems to be as pumped as anyone for a trip to the Bahamas and especially a stay at the world famous Atlantis Resort.

"I can’t imagine a better place than Atlantis to come. The opportunities to get on the beach and do all the things that Atlantis offers, the slides, the water parks, (the kids are) pretty geeked up about it.” – @FIUFootball head coach Butch Davis #PawsUp #MakersWantedBahamasBowl pic.twitter.com/wkxnYXEF6t

Barring any major water slide injuries, the Bahamas Bowl looks to be a competitive game at first glance on paper. Both teams are coming into Friday night winners of 4 out of their last 5 and the point spread is within one score.

There will be several more factors in play, though, besides the statistics including a suspension and a potential weather hazard.

Alright, grab your island-style pina colada eggnog and let’s break each team down as well as the various betting lines for the Bahamas Bowl.

Is Toledo that much better?

Let’s break down each team’s strengths and weaknesses and find out.

This doesn’t appear to be a very dominant team to me, especially if they fall behind in the second half of the game and are forced to pass the ball.

It should also be noted that Toledo QB’s have been sacked over 7% of the time good for just 80th on the season. Notice I said QB’s and not QB.

Their Junior starter Mitchell Guadagni was injured in October and while his replacement Eli Peters hasn’t done a terrible job, the former was more efficient. Guadagni also ran the ball for over 425 yards averaging over 5 yards/carry in his seven games played in 2018 before he was knocked out of action.

Peters, on the other hand, has a total of 18 rushes on the season (including sacks) for 1 yard.

4 of Peters’ 7 interceptions thrown all year, though, was in a route victory against Ball State when he finished 25-34 overall.

He takes care of the ball and only being sacked 7 times isn’t that bad.

Also, expect quite a bit of flag work from the officials as Toledo forces and commits 16+ total penalties per ballgame.

The outcome of this game will rely heavily on the ability of the Rockets to run the ball efficiently early and often on the FIU Panthers.

There are a couple of weaknesses listed that jump off the page at me. The FIU defense giving up over 5 yards per carry is rather scary.

Match that up with Toledo’s average of more than 5 yards on the ground per attempt and the crystal ball starts to look a little less opaque.

The other bullet point that needs to be addressed is FIU’s stopping power on 3rd down. It already looks like the Toledo offense will be staying on schedule granted they have the lead or it’s a close game, so I would expect to see close to a 60% 3rd down conversion rate this week from the Rockets.

It appears as if FIU’s best defense will need to be their offense.

They score almost 33 points/game which is good enough for a very respectable 28th in the nation.

They run the ball okay, but will be without one of their productive running backs Shawnderrius Phillips who was arrested on a domestic violence warrant that was oddly outstanding for nearly four months.

FIU has three other running backs, though, that were more efficient averaging greater than half a yard/carry better than the aforementioned Phillips. It’s a distraction, yes, but it was a week ago and hopefully, the Panthers have put that behind them.

FIU doesn’t throw the ball much but they are very efficient completing 65% of their attempts through the air.

Quarterback James Morgan is averaging 8.4 yards/pass attempt while throwing 26 touchdowns and only 7 interceptions.

Toledo is very weak against the pass.

So, we have good rushing vs weak rushing with the Toledo offense and FIU defense as well FIU throwing the ball well and Toledo giving up 7.5 yards/pass.

I would definitely handicap the game a little closer than (-200) for Toledo, but the weather might make a difference.

72 degrees and partly cloudy sounds nice until you factor in the steady 20-25mph winds w potentially higher gusts rolling in from the shore.

I think Toledo keeps QB James Morgan off the field with a three-pronged rushing attack that combined for 24 touchdowns on the ground this season.

These are two high-powered offenses against two fairly weak defenses and 59 isn’t at all unfathomable for a point total.

Toledo could reach their average point total for the season of 38.8. It is going to be very windy but, as of now, the rain should move out of the area by kickoff.

I think Toledo puts up at least 30 points. That leaves only 20 to be scored from a QB in James Morgan who averages a touchdown pass every 8 completions.

FIU can handle that much. Kicking will clearly be an issue the entire game so we may actually see more points scored as each team is more likely to go for it just outside of the red zone.

This is a tough pick because of FIU’s ability to throw the ball. You always have to watch out for these passing teams down the stretch. You can pick the winner of the game without too much of a problem but a late score unaffecting the outcome of the game robs you in the end.

That’s why you prepare for such things, right?

I think Toledo takes a 7-10 point lead into halftime with a time of possession around 20-10 minutes. FIU is accustomed to the weather and humidity a little better this time of year and they keep the game close in the second half.

In the 4th quarter, though, they are eventually worn down by not one, not two, but 3 strong versatile running backs.

That’s one too many fresh bodies at halfback for a tired defense to handle towards the end of a game.

While FIU is 5-0 against the spread on the road, they don’t match up very well against the Toledo Rockets.

3 running backs who have combined for nearly 2,000 yards this year at over 5 yards/carry should be the overwhelming difference by the end of the Bahamas Bowl.

38-31 after a garbage score by the Panthers.

I am really looking forward to this one! There shouldn’t be a lack of excitement as we get to see statistically one of the best running attacks in college football in the Toledo Rockets take on QB James Morgan and the FIU Panthers who make their money through the air.

Get your bets in early and tune in on your lunch break Friday as they are set to kick off around 12:30 Eastern down in Nassau.

There is rain in the forecast for Friday, but it should make it’s way out of town before or just after things get underway on the island.

That’s another story. It’s supposed to be steady at or above 25 mph. This will obviously affect the throwers more than the runners, but it could make each squad fairly one dimensional.

How each team deals with that could tell the story.

Of all the stats I gave you today, the two most telling for me are FIU giving up 5.3 yards/carry and their ranking of 93rd in the nation allowing opponents to convert nearly 43% of third down attempts.

I like FIU’s air attack as well as that 5-0 record on the road versus the spread, but Toledo’s dominance on the ground in inclement weather makes the difference for me.