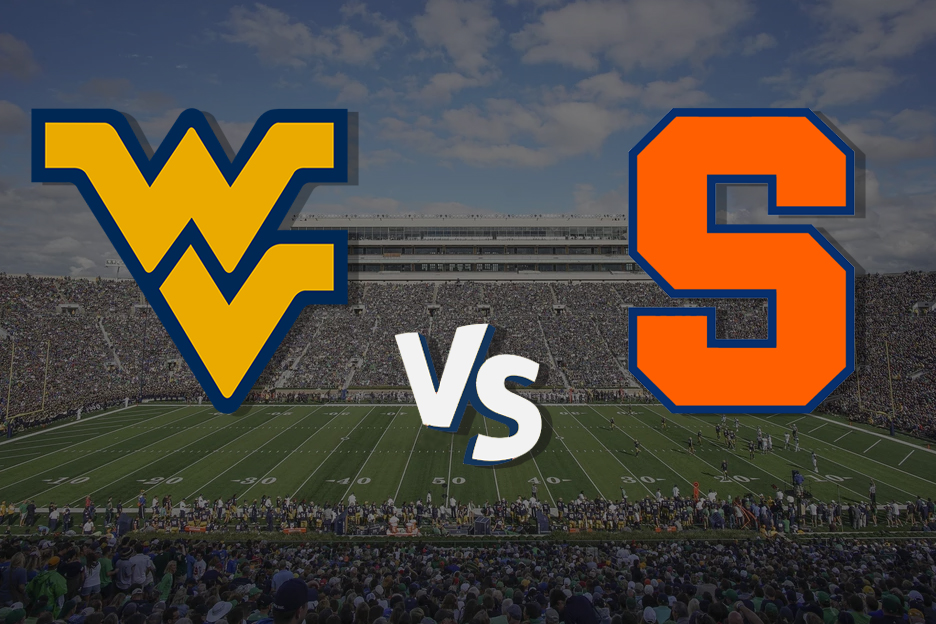 Friday brings another three bowl games for our viewing pleasure, and there could be a shootout brewing for the middle game on the slate. The 8-3 West Virginia Mountaineers will be facing off with the 9-3 Syracuse Orange in this year’s edition of the Camping World Bowl.

Both teams bring high-powered offenses to the table, but one of them will be operating at less than full capacity. Mountaineers QB Will Grier has opted to skip the game to prepare for the upcoming NFL draft. It’s a big hit for West Virginia, and that has been reflected in the game line.

The Mountaineers opened up as 7-point favorites, but the line has moved substantially in the other direction on the Grier news. Absence of the signal caller aside, this still shapes up to be an entertaining game which could legitimately go either way.

Let’s take a look at this tilt in full detail, starting with the way the oddsmakers see it.

The Mountaineers were contenders for the Big 12 crown after starting off the year with a mark of 8-1, with their lone loss over that span coming to a tough Iowa State Cyclones team. However, the end of the season wasn’t kind to West Virginia, as they closed things out by dropping back-to-back games to the Oklahoma State Cowboys and Oklahoma Sooners, which caused them to come up a game short of reaching the Big 12 title tilt.

Syracuse was a big factor in the ACC this season. The team burst out of the gate with a mark of 4-0, but they leveled off while dropping consecutive games to the Clemson Tigers and Pitt Panthers. However, the team could at least hang their hat on the fact that they gave Clemson their toughest game of the year. The Orange closed out the year on a run of 5-1, with their lone loss coming to the Notre Dame Fighting Irish over that span.

West Virginia took down a pair of Top 25 teams this season by scoring victories over the Texas Tech Red Raiders and Texas Longhorns. The loss to Oklahoma State in the second to last game of the year was a heartbreaker, as they fell by a score of 45-41. They would follow that up with another excruciating loss in the finale, as they lost 59-56 to Oklahoma, the eventual Big 12 champions.

Syracuse’s big year included a 10-point win over the NC State Wolfpack, which entered the contest as the #2 team in the nation. The Orange were strong in conference play, finishing up with a mark of 6-2. The team’s lone losses in the ACC came to Clemson and Pitt, the conference’s two division champions for the 2018 season.

A quick glance at the numbers tells us that we have a meeting of two high-powered offenses. However, we have to temper that with the fact that Grier will not be behind center for the Mountaineers. We could see West Virginia use a both Jack Allison and Trey Lowe during the game. While we don’t expect the Mountaineers offense to completely faceplant, it’s a substantial hit that needs to be factored in.

Defense is essentially a wash, but Syracuse gets the nod on pressure. The Orange also have the edge on protection, turnovers, and penalty yards per game, three of the little things which can add up to equal a big difference when all is said and done.

These two programs used to have an annual rivalry, but conference realignment took care of that. For the 10-year span covering 2003 through 2012, West Virginia has a mark of 7-3 straight-up and 5-5 against the spread, with the Over being the correct call four times.

Recent bowl history goes to a Syracuse team which has won its last three. However, the Orange haven’t been bowling since 2013 when they took down the Minnesota Golden Gophers in the Texas Bowl by a score of 21-17. West Virginia has been a regular participant in bowl season, but recent history hasn’t been kind as they have gone 1-4 over their last five. Last year, the Utah Utes got the better of them to the tune of 30-14 in the First Responders Bowl.

Favorites are on a 3-2 run in the Camping World Bowl. Last year, Oklahoma State defeated the Virginia Tech Hokies by a score of 30-21. Back in 2016, the Miami Hurricanes faced off with West Virginia, with the former walking out with a 31-14 victory. The line for this year’s game has moved substantially on the Grier news, with Syracuse sitting as a 1.5-point favorite as of this writing.

The absence of Grier moves this game from a potential shootout to one that’s filled with question marks. While we still may see a high-scoring contest, that seems like less of a sure thing when one squad is potentially rotating signal callers. Can the two-QB approach really work, or is that just a mere smokescreen designed to impact Syracuse’s preparation?

Time will tell on both fronts, but the thinking of the oddsmakers and the public have moved substantially on the news. It looks like a really good opportunity for Syracuse to pounce and pick up its first bowl win since 2013. West Virginia may be able to keep it close, but we like Syracuse to pull away in the end.

We’ll take Syracuse minus the points.