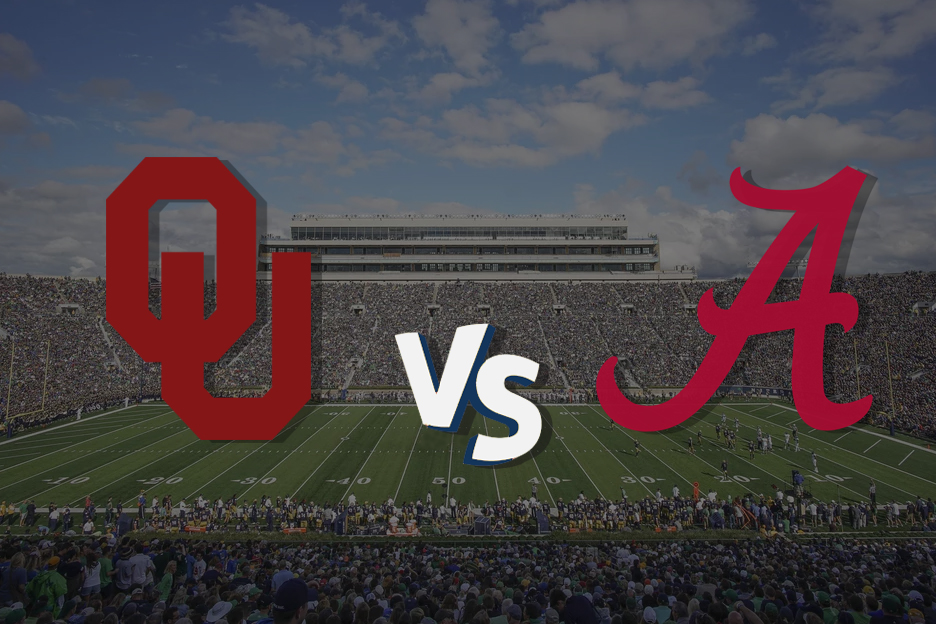 The final game of what should be an awesome Saturday of college football action looks like it may be the finest of them all. The 12-1 Oklahoma Sooners face off with the 13-0 Alabama Crimson Tide in the second College Football Playoff Game of the day, with this one taking place at the Capital One Orange Bowl Classic.

Heisman Trophy winner Kyler Murray leads an absolutely prolific Sooners offense into battle. Oklahoma can put up points in buckets, but the team can just as easily be exposed on defense. As a one-loss season demonstrates, that hasn’t mattered all that much in the grand scheme of things. The Sooners offense can pound opponents into submission, while the hope is that the defense will do just enough to get the job done.

On the other sideline, Heisman finalist Tua Tagovailoa will lead the Crimson Tide into battle. Tagovailoa suffered an ankle injury in the SEC title game versus the Georgia Bulldogs, but all signs point to him being good to go. If by chance he gets banged up again, backup Jalen Hurts has demonstrated he’s more than capable of manning the reins behind center.

This is one of the more fascinating playoff games we could ask for. While Alabama is a big favorite, Oklahoma is one of the few teams in the nation who just may be able to go toe to toe with them.

Let’s get right to it and break down this contest in detail, starting with the game line.

Oklahoma’s sheer offensive firepower was enough to bludgeon many opponents into submission in 2018. The Sooners 2018 resume includes eight victories of 10 points or greater, including a 39-27 win over Texas in the Big 12 title clash. Oklahoma scored 30 points or more in 11 of 12 games, but they also gave up 30 points or more six times.

It’s not a reach to suggest that this may be the finest Crimson Tide squad in the program’s recent run of dominance. The club is incredibly dangerous on offense, and its defense is what you would expect from an Alabama team. Alabama scored 30 points or more 11 times, but Arkansas was the only team to do that against them this season.

Oklahoma’s lone blemish on the season came in this year’s edition of the Red River Showdown. The game devolved into a shootout, with the Longhorns pulling out a thrilling 48-45 win, a loss that the Sooners avenged in the conferencence title game. The school was involved in a number of shootouts this year, with four of its last five games seeing both sides post 40 points or more.

Alabama made it all the way to the SEC title game before facing a serious test. They actually trailed Georgia in the third quarter, and it looked the upset would come to fruition when Tagovailoa went down to injury. However, Hurts engineered a stirring comeback to keep the team’s perfect record intact.

Oklahoma is the more productive team on offense, but the only glaring difference comes in their edge of 50+ yards per contest in the running game. Defense is no contest, as Alabama is the much stronger squad. The Crimson Tide also have the edge on the important miscellaneous stats, and we can certainly give them the nod on the intangibles front as well.

These two teams met in the Sugar Bowl following the 2013 season. Alabama was a big 16.5-point favorite for that one, but Oklahoma was able to pull out a 45-31 upset. As for recent bowl game history for the respective programs, Alabama has fared better than its opponent.

Over the team’s last five bowl appearances, Oklahoma is just 2-3. Last year, the Sooners fell to Georgia in the Rose Bowl by a score of 54-48. The year before, the team was invited to the Sugar Bowl to take on Auburn, and they walked away with a 35-19 win.

Alabama has gone 4-1 over its last five bowl games, including victories in its last two. They took down Clemson in the Sugar Bowl/CFP semifinal last year, and followed that up by defeating Georgia in the National Championship game. The year prior, Clemson got the better of them in the title game by a score of 35-31.

For last year’s Orange Bowl, Wisconsin met up with Miami, with the former coming in as 6.5-point favorites. Wisconsin walked away the winner with a 34-24 win. Underdogs have had solid success in recent years in this bowl game, as they won and covered the previous four years.

Oklahoma is a big 14-point underdog, which also counts as the largest spread in an Orange Bowl game in recent years.

This shapes up as an incredibly interesting contest. On one side, we have Heisman Trophy winner Kyler Murray and the explosive Sooners offense. On the other, we have Heisman finalist Tagovailoa and another powerful offensive force in the Crimson Tide. The clear difference between these two programs comes on defense.

While Oklahoma subscribes to the Big 12 style of defense which suggests that key stops at the end are what’s really important, Alabama brings a complete and ferocious unit to the table. That noticeable edge will likely be the difference in the game. The Crimson Tide can score with the Sooners, but we can’t be certain the latter will be able to generate key stops against its opponent.

We should see both sides light up the scoreboard at times during this contest, but Alabama is the stronger overall squad. The Crimson Tide will be headed to another National Title game after the final whistle blows.

We’ll take Alabama minus the points.