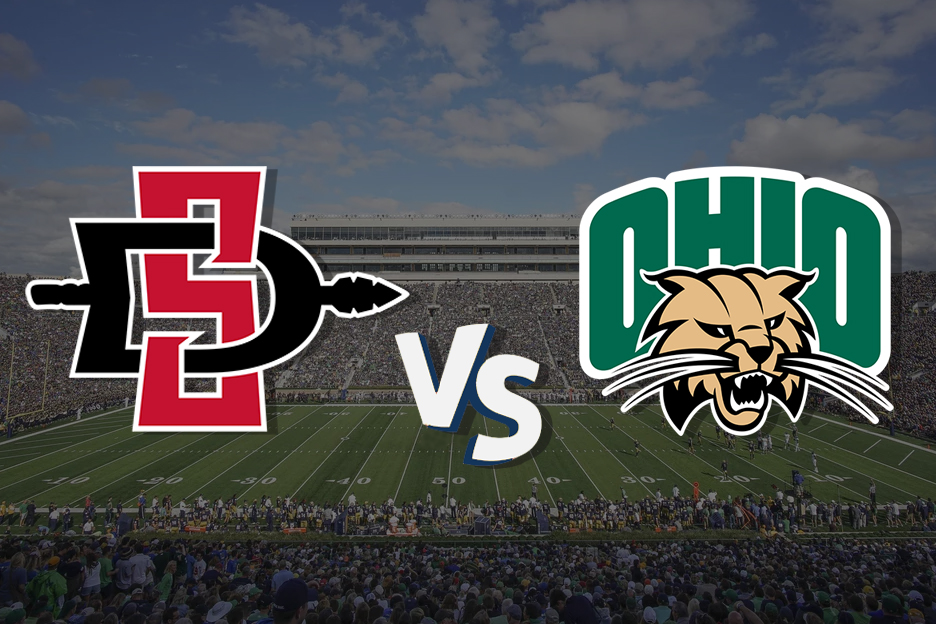 Taking my first glimpse of the stat sheet, this bowl game looks like the classic matchup of offense vs defense.

Isn’t that the matchup every week, though?

With one team averaging 7 yards per play and the other only allowing 4.8 every snap, though, something has to give.

As you can see, the Aztecs are adjusting to the unique style of the state of Texas just fine. I have to admit, though, it isn’t that hard to make a cowboy hat and a pair of boots look good.

Their opponents this year down in the Lone Star State will be the Ohio Bobcats who finished second in the Mid-American Conference’s East Division behind the Buffalo Bulls who they actually walloped a month ago 52-17.

Here’s a short preview from a couple of the Ohio Bobcat’s commentary team.

Fireside Football Facts… From Frisco! @RussEisenstein and @robcwv get you ready for Wednesday's @FriscoBowlGame matchup against the Aztecs of San Diego State! pic.twitter.com/AGqk4ooUzg

Ohio definitely had a more accomplished year than the Aztecs, but anything can happen in bowl season so let’s take ourselves a gander into some of the different betting lines available for the 2018 Frisco Bowl.

We have several betting options for you available today, and there may be some prop bets becoming available at BetOnline as the kickoff time of 9:00 PM Eastern approaches.

I would have put them closer to (-180) or (-200) considering their +1.1 yards/play average vs their opponents in 2018. Gaining more than a yard per play better than your opponent should win you most ballgames as long as the turnover margin isn’t (-2) or worse.

While San Diego State’s defense is only giving up 4.8 yards/play, which is good enough for 25th in the nation, their offensive average is just 5.3. They are still in the positive averaging a half yard more per play than their opponents, but the Ohio Bobcats doubled that.

Those season-long statistics are very hard to ignore.

They were just yards, though. So what about point totals?

Well, San Diego State averaged around 22 points per game while their opponents scored over 26 per contest.

The Ohio Bobcats, on the other hand, scored 41.5 a game which is good enough for top ten in the country for the season. Their defense gave up about the same amount of points as SDSU, but you can account for garbage points as their margin of victory was nearly three touchdowns.

This is enough for me to take Ohio on the moneyline at only (-135).

The Bobcats of Ohio finished out the 2018 regular season by winning 5 of their final 6 contests. They outscored their opponents by three touchdowns or more in each of those 5 wins and only lost to rival Miami of Ohio by 2.

In fact, the Bobcats don’t really have a bad loss all season. The Ohio State Buckeyes can’t even say that.

San Diego State, on the other hand, started out the season well but faltered heavily in November and December dropping 3 straight games and 4 of their last 5.

I’m still waiting on the good news for SDSU.

Well, Ohio has quite a few more injuries listed than the Aztecs but most of their key players will still be in action.

How does each team perform on 3rd and 4th downs as well as in the red zone?

What about stopping 3rd downs on defense, though?

They are roughly even there, but the offensive efficiency, once again, is impossible to ignore.

Ohio is 60-40 in 4th down efficiency on offense and defense.

SDSU is about 50-55. This is yet another glaring weakness for the Aztecs.

San Diego State also rushes the ball 60% of the time. If they fall behind early, it’s likely going to be a long night as the Bobcats rush for 272+ yards per game.

SDSU has a solid running game and an excellent rush defense, but I think they will get worn down by Ohio’s ability to pass the football as well as scrambling with efficiency.

Red Zone scoring percentage is about the same for each team, but still, the only nod I can give SDSU is in rush defense but will it make a difference with a team that runs the ball as well as Ohio?

Turnover margin and penalty averages for the year favor Ohio as well.

Even though SDSU beat Boise State and Arizona State earlier this year, they lost to UNLV at home!

Football teams should not lose to UNLV, especially on their home field.

Ohio is the dominant team and 2.5 aren’t many points.

This bet is a little trickier than the previous two. Yes, I think Ohio will win by at least 3 points. I am pretty confident in that prediction, but the point total is complicated.

Let’s break it down and see if we can suck some confidence out of the either the over or the under bet.

Ohio scores over 40 points per game and they allow over 22.

SDSU scores 22 and gives up 25 so the adjusted score on paper would be about 32-22. That’s double nickel right there, 55 for the layman’s.

SDSU is a running team. They have not shown that they can pass the ball with any sort of efficiency or consistency all year, especially down the stretch.

Ohio is much more balanced. If the better offensive team takes a two-score lead into the second half, the unbalanced running team will be forced to pass the ball when they don’t really want to.

This could lead to turnovers, easy points, and maybe even a pick six or scoop-and-score.

SDSU is awesome at stopping the run and if Ohio has this proposed second-half lead, running down the clock won’t be as easy for the Bobcats.

I’m going to go with the under bet here, but I feel much more confident in the other two.

The Frisco Bowl from Frisco, Texas should be a quick one. You have two primarily running teams, so the clock should stay moving in what is predicted to be one of if not the shortest bowl game of the season.

Ohio, statistically, is the much more dominant team only falling short of the Aztecs in one major offensive or defensive category.

Rush defense will need to be the difference for SDSU. That is where they have been their best all year long and they will need it more than ever opposite the Ohio Bobcats who are 6th in the country in rushing yards/game with 272!

Ohio has played much better as of late winning ⅘ and SDSU has fallen apart losing 3 in a row.

Give me the Bobcats to win and easily cover the 2.5 points.

The over/under is tricky here, so maybe don’t throw your entire Christmas bonus check on that bet.

With two good defenses and rushing attacks, I’ll take the under.

Tune in to ESPN Wednesday night for some mid-week bowl action!