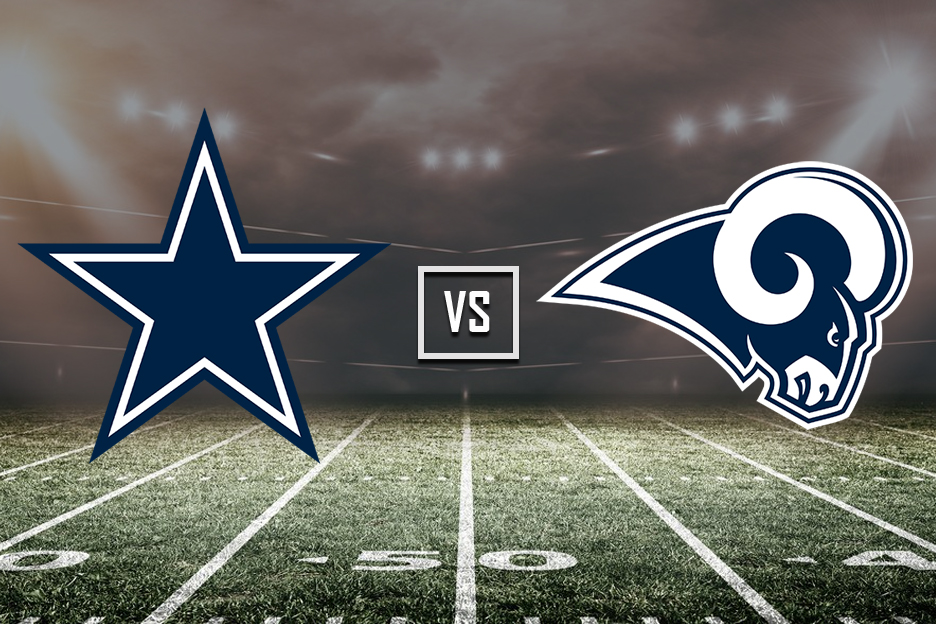 The Dallas Cowboys will be playing underneath the primetime lights on Saturday night once again. They advanced to the Divisional Round of the playoffs after taking down the Seattle Seahawks in a dogfight in Jerry World last week. The reward is a trip to Los Angeles to face off with the #2 seed Rams.

The Rams started out the season like gangbusters, but they cooled off a bit down the stretch. Did the extra time allow the team to get some of its mojo back, or are they destined to be one-and-done in the playoffs?

The Cowboys turned things around in big league fashion after a tough start, and they closed out the year as one of the hottest teams in the league. Is this squad peaking at the right time and about to make a surprising run to Super Bowl LIII?

We’ll find out the answers to those questions and many more on Saturday night. For now, let’s dig into the numbers of this intriguing tilt, starting with the way the oddsmakers see it.

It was a tale of two seasons for the Cowboys. The team had a mark of 3-5 at the halfway point of the year, and rumblings that head coach Jason Garrett’s seat was getting toasty were making the rounds. The club responded in dramatic fashion. The Cowboys closed out the year on a 7-1 run, with the only loss over that span coming to a red-hot Indianapolis Colts team.

The Rams opened up the season with an eight-game winning streak, and they looked every bit the part of the league’s best team while doing so. A loss to the New Orleans Saints brought them back to earth, but they responded by ripping off three in a row. The final month was challenging for the Rams, as they finished up with a mark of 2-2 for the final four games.

Several excruciating losses in the early going pointed to it being a trying season for the Cowboys, and the team appeared to hit rock bottom with a 28-14 defeat at the hands of the Tennessee Titans. However, the team put it all together from that point. A ferocious defense led the way, while the team’s acquisition of Amari Cooper sparked marked improvement for the offense down the stretch.

The loss to the Saints was viewed as a blip on the radar for the Rams, as it was a road game versus a fellow NFC powerhouse. However, eyebrows were raised when the team dropped back-to-back games to the Chicago Bears and Philadelphia Eagles in December. The team righted the ship and closed out the year with big wins over the Arizona Cardinals and San Francisco 49ers.

The offensive edge clearly goes to the Rams, but the Cowboys have gotten a lot better in that department. Dak Prescott has improved dramatically since Cooper entered the fold, and Ezekiel Elliott continues to give opposing defenses all they can handle. Defense goes to the Cowboys, mainly due to the team’s greater strength versus the run.

That’s bad news for Todd Gurley this week, but the Rams have plenty of other weapons to inflict damage with. On the miscellaneous stats, the Rams have a notable edge in protection and turnovers. In a nutshell, the Rams are the better team on paper. However, the Cowboys improved significantly down the stretch, and the stats don’t tell the whole story as a result.

While these two squads didn’t meet up during the regular season, they had several games versus common opponents which we can glean for clues. Both clubs faced off with the Saints, Seahawks, Lions, and Eagles. The Cowboys are 5-1 versus that group including the playoffs, while the Rams are 3-2.

The Cowboys lone loss came in an early season meeting with the Seahawks, a defeat they avenged last week in the Wild Card round. The Rams fell to both the Saints and Eagles, two squads which Dallas was a perfect 3-0 against in the regular season. If we remove the Eagles from the equation due to being a divisional rival of the Cowboys, that leaves us with the Saints as the most interesting common opponent to dissect.

The Rams found themselves in a shootout down in the Superdome, and they came out on the wrong side of a 45-35 decision. That game answered the question of who the top dog in the NFC was for the regular season, but you can be sure the Rams are dying for a rematch.

Perhaps the most impressive part of the Cowboys late-season turnaround was its 13-10 road upset over the Saints. It was a game that demonstrated the Cowboys just may be real contenders in 2018. While we can’t read too much into the differing results versus the Saints, it does provide us with some food for thought.

Oddsmakers have installed the Rams as touchdown home favorites. If this game was taking place in the early part of the season, we could certainly get on board with that line. The Rams looked like one of the top teams in the league at that point, while the Cowboys were having a hard time getting out of their own way.

Fast forward to today, and it’s a different story. The Rams certainly deserve to be in the conversation of the league’s top squads, but a tough month of December exposed some chinks in the armor. As for the Cowboys, this team is way better than the squad that was showing up in the first half of the season.

Expecting the Cowboys to pull off an outright upset may be too big of an ask, but we would be less than shocked if it came to pass. Stout defense, a strong running game, and a passing attack that can make some noise are a recipe for success in the postseason.

We expect the Rams to find a way to get it done with some extra time off in their back pockets, but we’re looking for the Cowboys to make them sweat profusely.

We’ll take the Cowboys plus the points.