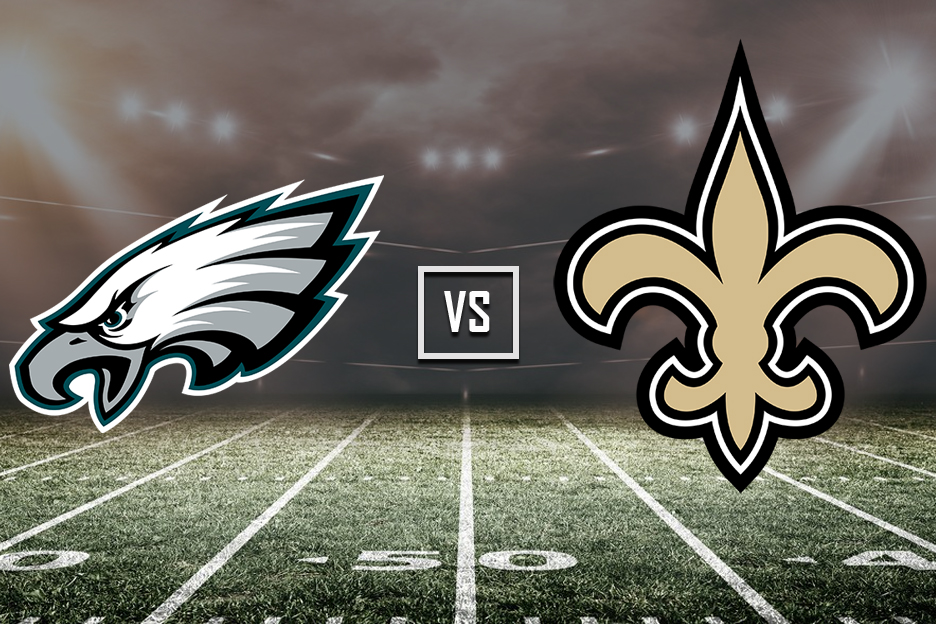 The Philadelphia Eagles weren’t supposed to make the playoffs, and they certainly weren’t expected to walk off the field in Chicago with a victory last week. The club has turned both tricks, and they are in the midst of another magical run now that Nick Foles has once again stepped in for an injured Carson Wentz.

The New Orleans Saints are the #1 seed in the NFC and the current favorites to win Super Bowl LIII. They look like one of the most complete teams in the league, and they have absolutely looked like the top squad in the NFL throughout their stellar regular season.

These two teams will square off on Sunday in what looks like an absolutely fascinating Divisional Round playoff game. Will the favored home team live up to its billing and continue its march towards the big game? Can the Eagles really do the unthinkable and advance to the conference title game for the second year in a row?

We’ll find out on Sunday. In the meantime, let’s break this game down in full detail, starting with the game line.

Signs that something was amiss with this year’s Eagles team emerged right away. After opening up the year with a win over the Atlanta Falcons, they followed that up with a surprising loss to the Tampa Bay Buccaneers. They would drop five of their next eight and looked like a team that was dead in the water. However, a late season turnaround led to a somewhat surprising run to snag the final Wild Card spot in the NFC.

The Saints received a wake-up call in the first week of the season. They fell by a score of 48-40 to the Buccaneers at home, a game for which the Saints were big favorites. Ten straight wins later, and that unexpected defeat was a mere afterthought. The team fell to the Dallas Cowboys on Thursday Night Football after that, but they would not lose again until a Week 17 game versus the Carolina Panthers which featured backups.

The Eagles were taken out to the woodshed by the Saints back in November. The Saints rolled to a 48-7 victory, and the game looked like the final nail in the coffin for the Eagles. However, the team suddenly woke up once Carson Wentz went down to injury. Nick Foles stepped in behind center, and the team ramped up its play dramatically while winning five of its final six.

The only real black marks on a stellar regular season for the Saints are the opening loss to the Buccaneers and a 13-10 defeat at the hands of the Cowboys. Outside of that, this squad cruised through the regular season and looked like the real deal the whole way. The Saints are the current favorites to win the Super Bowl, and it’s not too hard to see why.

The Saints have the advantage on offense, while defense is essentially a wash. The only noticeable edge on miscellaneous stats comes in the turnover department. The ball was not bouncing the Eagles way for much of the season, but that could also be a byproduct of the wicked hangover they seemed to have some trouble shaking before waking up at the end.

It’s important to keep in mind that the current play of the Eagles is vastly different from the team that struggled immensely in the early going. They needed some help to nab the #6 seed in the NFC, but we can confidently say that no one in the conference wants to face off with them. That includes the Saints.

In addition to facing off during the regular season, these two teams played a slew of common opponents. In fact, both clubs had 11 games versus teams their opponent for this week also faced. The Eagles are 6-5 in those games, while the Saints check in with a mark of 8-3.

On the Eagles side of the ledger, they had a lot of trouble with a Cowboys team that also handed the Saints a loss, going 0-2 versus their division rivals. If we throw the Saints Week 17 loss to the Panthers out the window due to the meaningless nature of the game, we find that they lost to the Cowboys and a Buccaneers squad which also had the Eagles number in 2018.

While we certainly have to factor the head-to-head meeting of these two teams into our handicapping, it’s important not to read too much into it. The Eagles team which was pummeled in the Superdome back in November is light years behind the product the club is currently putting on the field.

The Saints remain the better team on paper, but the Eagles are in much better shape in comparison to earlier this year as they prepare for the rematch.

The Saints are big favorites for this one, and we totally get the reasoning behind that. They’re the favorites to win the Super Bowl, and they’ll be facing off with a team whose clock they cleaned back in November. That said, they may have a tougher time of things than many are expecting.

The Eagles seem to be in the midst of another magic carpet ride. For reasons that remain unclear, the team steps it up significantly once Foles is behind center. That’s not a knock against Wentz, but there’s obviously something there that’s worth examining. In any event, the Eagles are playing much better of late, and they look to be getting hot at the right time.

Heading into the Superdome and knocking off the Saints amounts to a herculean task, and the city of Philadelphia should commence erecting a statue of St. Nick if it comes to pass. We’re not expecting that to happen, but we do anticipate the Eagles making quite the game of it. Saints win, but the Eagles give them all they can handle this time around.

We’ll take the Eagles plus the points.