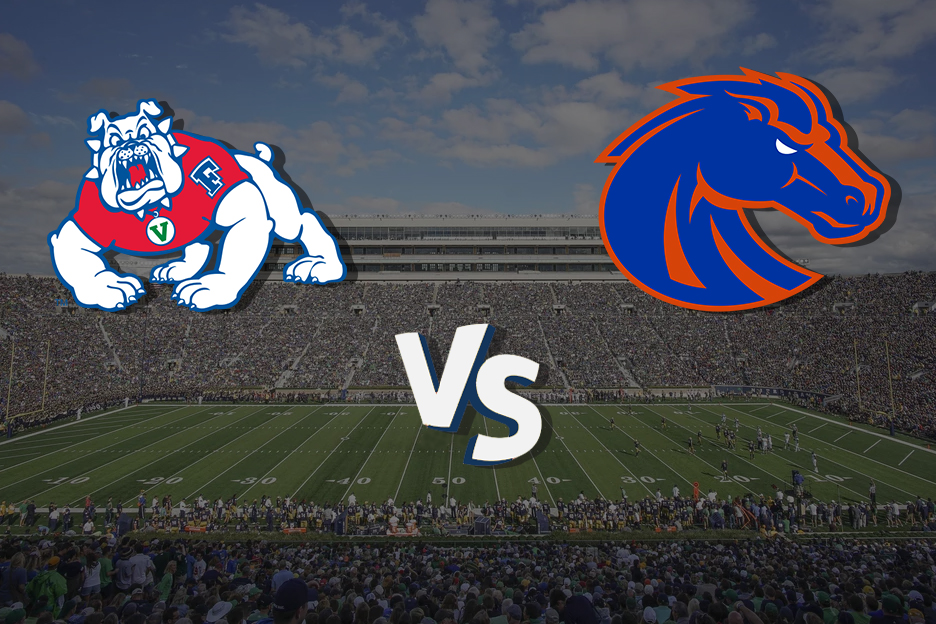 ESPN2 has a College Football doubleheader on Friday evening, but the second game of the night looks to be the better of the pair. The #23 Fresno State Bulldogs take their 8-1 mark on the road to face off with the 7-2 Boise State Broncos.

The always interesting field at Albertsons Stadium in Boise, Idaho is always made for a rather fascinating sight underneath the primetime lights, and this contest between a pair of conference rivals has the makings of a real dandy. Fresno State is the top squad in the MW-West division, while Boise State holds down the second spot in the MW-Mountain.

As the season gets long in the tooth, there are only a few opportunities left for both squads to capture the attention of pollsters. A victory for Fresno State could see the team head north a few notches in the major polls, while a loss would almost certainly drop them out of the Top 25.

For Boise State, a victory over a nationally ranked squad could lead to the team returning to the friendly confines of the Top 25 themselves. Quite simply, there’s a lot at stake underneath the Friday Night lights in Boise, and we could play witness to a fine game as a result.

Let’s take a look at what both squads bring to the table for this highly intriguing contest.

The visiting Bulldogs are riding a seven-game winning streak, with their lone defeat on the season coming back in Week 2 on the road at Minnesota, a 21-14 loss. The squad hasn’t really been tested all that much. 2018 resume highlights include a 38-14 victory on the road at UCLA, and last week’s drubbing of UNLV to the tune of 48-3.

For the year, the offense is averaging a whopping 40.8 points per contest while showing a balance between the passing and running games. Senior Marcus McMaryion has the keys to the offense, and he’s having himself a fine season with 27 total touchdowns. He has completed 70.9 percent of his passes for 2,416 yards, and he has also produced another 157 yards on the ground.

The team employs a committee approach in the backfield, but senior wideout KeeSean Johnson has emerged as a real force in the passing game, hauling in 62 balls for 858 yards and six scores thus far. Over on defense, the unit has shown strength against both facets while holding opponents to an average of 12.3 points per game, and also generating solid pressure to the tune of 16 sacks, 21 turnovers, and two defensive scores.

Boise State enters this contest riding a four-game winning streak, which came on the heels of a disappointing loss to San Diego State. The team’s only other blemish came at the expense of Oklahoma State. Outside of that, it has been business as usual for Boise State, as the high-powered offense has been on display in its seven victories.

For the year, the Broncos are averaging 38 points per game, and the unit can do damage through the air and on the ground. Senior QB Brett Rypien has been playing lights out. Thus far, he has completed 67.7 percent of his passes for 2,779 yards, 24 scores, and six picks. Junior Alexander Mattison has been a standout in the backfield – 175/726/10 – while Rypien has a number of talented pass catchers at his disposal.

As for the defense, Boise State is allowing 23.7 points per game while showing balance against the run and the pass, albeit without major or distinctive strength against either facet. That said, the Broncos generate exceptional pressure, as the unit has compiled 31 sacks, 17 turnovers and a defensive score on the season.

Looking ahead, this is the third-to-last game of the regular season for both programs. Fresno State closes out the season with a pair of home contests, first against San Diego State and the following week versus San Jose State. For Boise State, it’s a road contest at New Mexico followed by a tough home date with Utah State.

All-time, Boise State holds a 14-6 edge in the series. That’s reflected in recent history, as Fresno State is just 2-8 straight up and 4-6 against the spread over the last ten. The programs met twice last year and split, with Fresno State taking down the regular season meeting and Boise State prevailing in the conference title game. The home team won both contests, and the Under was the correct call both times.

It’s not out of the question for this to serve as another preview for a conference title tilt, but everything would obviously have to break just so. Beyond this game, both teams have tough divisional matchups over their final two: the Bulldogs versus the San Diego State Aztecs, and the Broncos versus the Utah State Aggies. There’s a path for both to the conference title, but it’s not an easy one by any stretch, starting with Friday night’s contest.

On paper, these two teams are pretty evenly matched. The offenses are both prolific, while Fresno State has the edge on defense. That said, the Broncos generate much better pressure, so they can’t be counted out in that facet either. Home field was a big factor in last year’s contests, so that’s another positive check mark on the Boise State side of the ledger.

The tightness of the game is further confirmed by the 2.5-point spread, with Fresno State a slight road favorite. We fully expect a really close contest which won’t be decided until late in the fourth quarter. In the end, we’ll look for the home underdogs to pull out the victory.

We’ll take Boise State plus the points in a close and entertaining Friday night affair.