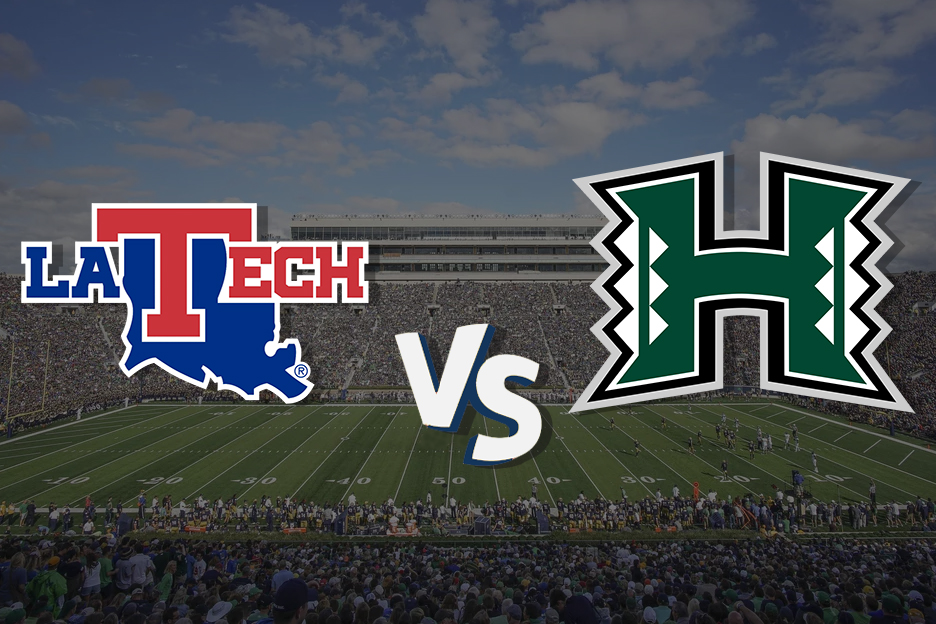 I know it’s not the most prestigious bowl. It’s not the “Grandaddy of them all” as announcer Keith Jackson used to say, but players have to be excited to visit especially if they are like me and have never been.

I’ve been to 49 states and Hawaii isn’t one of them. I’ve always been so curious about its beauty.

Saturday night’s Hawaii Bowl will be the 17th in its short history and the 8th appearance for the hometown Hawaii Warriors. They will be looking to improve their home bowl record to 5-3 when they welcome Skip Holtz and his Louisiana Tech Bulldogs.

The son of legendary Notre Dame head coach Lou Holtz, Skip has done pretty well for himself in his career amassing a 6-3 bowl record and more importantly leading the Bulldogs to a bowl victory 4 years in a row and counting.

On the other side of the field stands Hawaii Football head coach Nick Rolovich who is also undefeated in bowl play at his current school. Nick is 1-0 after winning the 2016 Hawaii Bowl over Middle Tennessee State.

It looks like his guys are ready to play as well.

The Rainbow Warriors have historically been a high-powered passing team with minimal defensive prowess. This year wasn’t much different Hawaii as they snuck into bowl eligibility at the least minute with a come-from-behind win against UNLV.

I think I said it in my last preview but it bears repeating once more; bowl teams should not struggle with UNLV.

Let’s break down each squad a bit further as well the betting odds, that is if you want to make some money.

There are no moneyline odds available as this started out as a pick’em, so let’s dive right into this massive point spread.

Well, Hawaii is one of the most temperate places in the world. The temperature has actually never reached 100 degrees Fahrenheit.

There’s maybe a 10 mph and sunny skies forecasted for Saturday night in Honolulu, so weather is out of the equation.

Injuries, though, are another story. Rainbow Warrior star linebacker Jahvani Tavai is out with a shoulder injury.

The Hawaii defense is already weak and this clearly doesn’t help.

Let’s get to the numbers.

The Warriors gave up nearly 37 points per game this season and an atrocious 6.3 yards per play!

Louisiana Tech is primarily a passing team like Hawaii and the Warrior defense allows 8.5 yards per pass attempt. This is bad!

Hawaii may have an advantage in the kicking game, but who needs to kick if you’re moving down the field at a 6.3-yard clip every time you snap the ball?

The Bulldogs have only scored 21.5 points per game this year, but a closer look at their schedule explains why.

LSU and Mississippi State are two of the best defense in college football and LATech played them both. They also had a bad loss to UAB, but that team finished the year 11-3.

It’s the last two games of the season that have people leaning towards Hawaii. The Bulldogs lost to 5-5 Southen Miss on the road and finished up with an embarrassing home loss to the 3-9 Western Kentucky Hilltoppers

It’s been a tale of two seasons for Hawaii, though. They started out on fire winning 7 of 8 games. Then their defense stopped playing.

On a positive note, they finished the year winning two close ball games.

I’m not buying the hype, though.

They will be at home, but LATech gives up more than 10 points less on defense per game. They also score 10 points less than the Warriors, but I’ll take defense over offense.

The Bulldogs will be playing at sea level and these kids are from football country. I know Hawaii loves the pigskin as well but you saw how Ohio dominated San Diego State Wednesday night at the Frisco Bowl.

Those kids were Ohio State and Michigan rejects. I’ll take those guys west coast talent any day. Things shouldn’t be much different for LATech.

They are 4-0 in bowls under Skip Holtz. That obviously tells us that he runs a tight ship and his team will be ready after a month off.

I just told you how many points the Hawaii Warriors have given up in the second half of the season. 42.2 points per game is what the defense allowed over their last 6 contests.

On the other hand, LATech hasn’t scored over 21 points since mid-October.

I think Hawaii can definitely get to 30 points on offense as they will be airing it out all day.

Since it is two passing teams, I like the over bet.

Both teams like to throw the ball and the weather will be pleasant.

The 17th Hawaii Bowl looks like it could be a shootout. Hawaii has been able to throw the ball on most teams this year with a great deal of success at over 8 yards/attempt. They have been playing virtually all west coast teams who don’t have the same size on defense as say a team from the deep south…

I’ll take players that missed scholarships to SEC 5-star recruits over players from the west coast. California has some studs, for sure, but football is religion in places like Louisiana and Alabama.

The two losses to sub-par teams at the finish of the season do worry me a bit about the Bulldogs of LATech, but Skip Holtz’s 4-0 bowl record over the previous 4 years seals it for me.

Take the over as well. Hawaii’s defense is short it’s best player and they already stink.