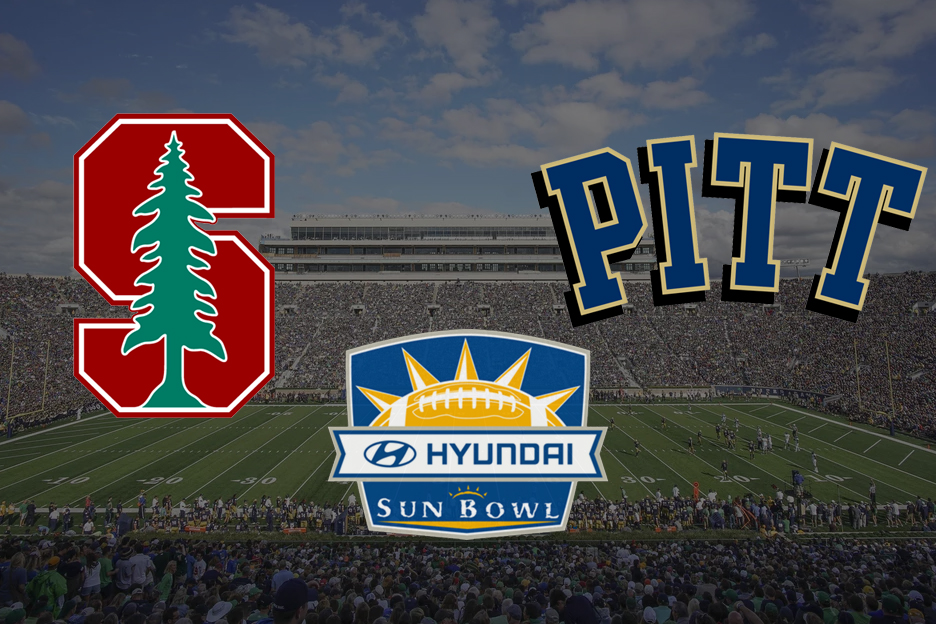 We have six bowl games to look forward to on New Year’s Eve. In one of the early contests, the 8-4 Stanford Cardinal will face off with the 7-6 Pitt Panthers in the Hyundai Sun Bowl. Closeness in overall record aside, these two programs had differing levels of success in 2018.

It was a pretty disappointing year for Stanford in what amounted to a down year for the Pac-12 as a whole. The Cardinal were among the many teams who were unable to take advantage of the fact that there wasn’t a dominant team in the conference this year. In fact, three of the team’s four losses came against familiar foes.

While Pitt’s overall record leaves a lot to be desired, the team was actually able to take down the ACC Coastal division. The Panthers advanced to the ACC title game, where they would be crushed by the Clemson Tigers, the #2 team in the nation. Critics have slammed Pitt as merely being the last team standing in a weak division, but the bottom line is that the program made it to a conference title tilt.

This should be an interesting matchup of two teams with differing offensive approaches. Let’s get right to it and break down this contest in detail, starting with the game line.

The Cardinal opened up 2018 with high hopes and a potential Heisman Trophy contender in Bryce Love. The season started off great as the team jumped out of the gate with four straight wins. Unfortunately, Stanford would only go 4-4 the rest of the way. As for Love, he struggled through an injury-riddled campaign which severely limited his expected output.

Pitt started out the season looking every bit the part of a middle of the road squad. Not much was expected of the Panthers as they entered the midway point of the year with a mark of 3-4. However, the squad kicked things up a notch and ripped off a four-game winning streak versus conference foes. That run proved to be the difference maker in the closely contested ACC Coastal division.

Stanford’s season-opening four-game winning streak included victories over a pair of nationally ranked squads. The Cardinal took down #17 USC for their second victory of the season, and conquered #20 Oregon for win number four. The team lost its other two contests against Top 25 teams. Stanford fell by a score of 38-17 to #8 Notre Dame, and followed that up with a close 41-38 loss to Washington State later in the year.

Pitt was just 1-4 versus Top 25 teams in 2018. The Panthers scored a victory over Virginia, but they would fall in games versus Penn State, UCF, Notre Dame, and Clemson. They were blown out in three of those contests, but Pitt provided Notre Dame with one of its stiffest tests of the season in a 19-14 loss. The four-game winning streak definitely saved the Panthers season, and it ultimately propelled them to the conference title game.

Offensively, Pitt holds the clear edge in rushing yards per game, while we can say the same about Stanford in the passing game. The team’s differ in their respective strengths on defense as well. While Pitt does a better job versus the pass, Stanford is more stout versus the run. That sets the stage for an intriguing tilt between two teams with opposing strong suits.

On the miscellaneous stats, notable edges can be found for Stanford in both pass protection and penalty yards per game. In short, these two squads match up pretty well on paper, and we should be treated to a competitive game as a result.

These two programs from opposite necks of the woods do not bring any recent matchup history to the table, so we can move right along to bowl history over the past few years. Stanford has a mark of 3-2 over its last five, losing a close one to TCU in last year’s Alamo Bowl by a score of 39-37.

Pitt has struggled in recent bowls with a record of 1-4. Back in 2015, the club fell short against Northwestern in the Pinstripe Bowl to the tune of 31-24. We have to back to 2013 to find Pitt’s last bowl victory, a 30-27 win over Bowling Green in the Quick Lane Bowl.

Favorites have been dominating in recent Sun Belt Bowls on a straight-up basis by winning the last five. However, favorites are just 3-2 against the spread over that span. Last year, NC State pounded Arizona State by a final score of 52-31.

This year, Stanford is installed as a 5.5-point favorite, so we’ll see if recent trends hold true.

Stanford closed out the regular season with three consecutive wins, while Pitt lost its last two, including a 42-10 domination at the hands of Clemson in the ACC title tilt. That loss opened up many questions about how worthy of a division winner Pitt really is, and we can only imagine that the criticism has stung mightily.

We’ll look for that to propel the Panthers to a much better overall effort this time around. Stanford has the edge on overall record and looks to be the better team on paper, but that’s tempered by the fact that this was a down year for the Pac-12. Considering that all four of their losses came in conference play, we’re not exactly talking about a squad that can be expected to wipe the floor with anyone.

Stanford should be able to continue the run of favorites winning straight-up in this bowl game, but Pitt can do enough to keep this one interesting until the latter stages of the game.

We’ll take Pitt plus the points.